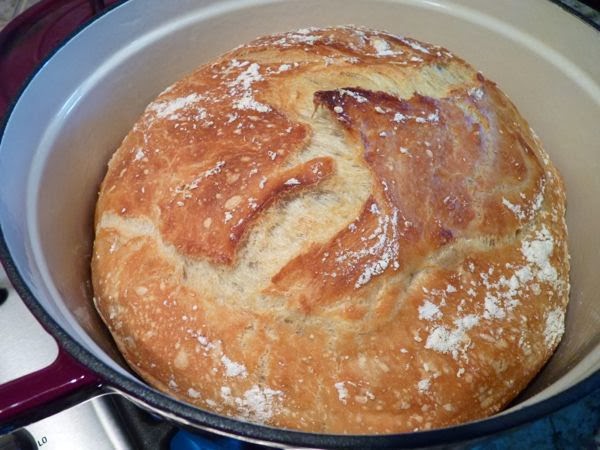 I have been making dutch oven bread for just over a year now. It still blows me away every time I take it out of the oven. I'm new to the bread making world but every loaf looks so amazing. The method is so easy that I feel guilty for taking full credit for it. But is it really that easy?

After several loaves of bread, I started to get lazy and I looked for shortcuts. Lol. It's a 5 minute recipe but I wanted it to be simpler. But seriously, here is the thing. I didn't like the fact that I was wasting so much parchment paper, I didn't like the mess, and sometimes I didn't even want to wait until the oven was 425 F. When I got lazy, I messed up here and there. A few times I even had problems with my bread not rising properly. The worst was when the resulting bread got stuck inside my dutch oven. I even scratched my new dutch oven a bit from removing the bread :( So sad. The bread still tasted great but it annoyed me!

My bread posts have actually become a few of my most popular posts on this blog. Today, I want to share a few tips and tricks I have learned since I first started making bread over a year ago. I love making tasty food but not if it means wasting time and making a mess. I like to get things done as quickly and effectively as possible and with only a minimal amount of mess. I tend to use very few kitchen supplies as well because I don't like to do the dishes. Lol. But that really falls under making a "minimal amount of mess." I'm as conservative as they get in the kitchen!

The following is my list of shortcuts and tips for making dutch oven bread. 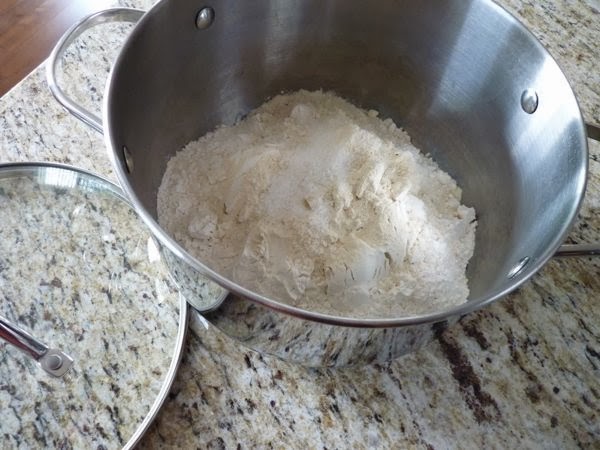 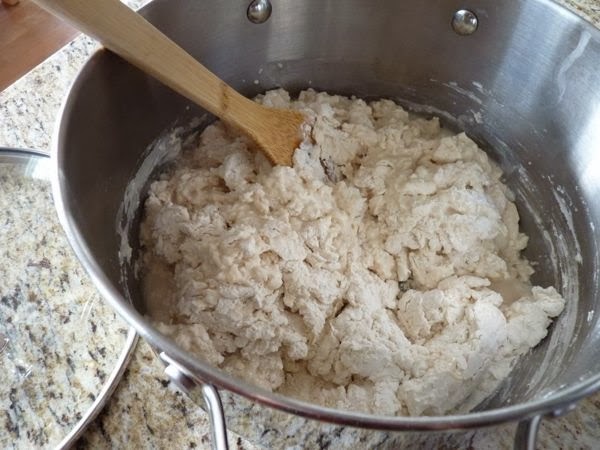 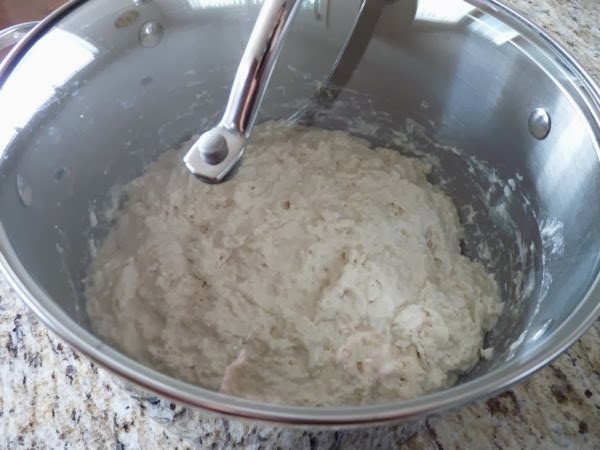 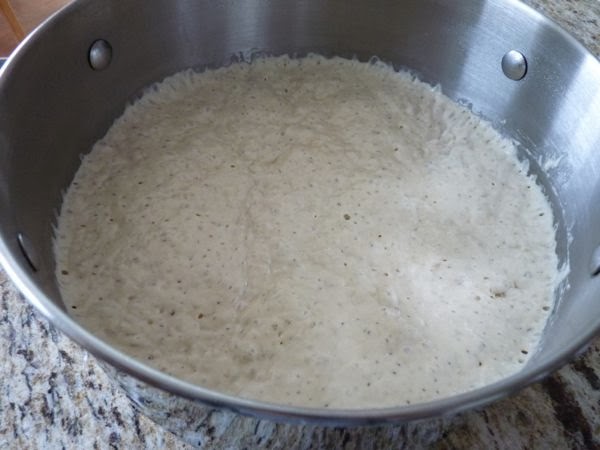 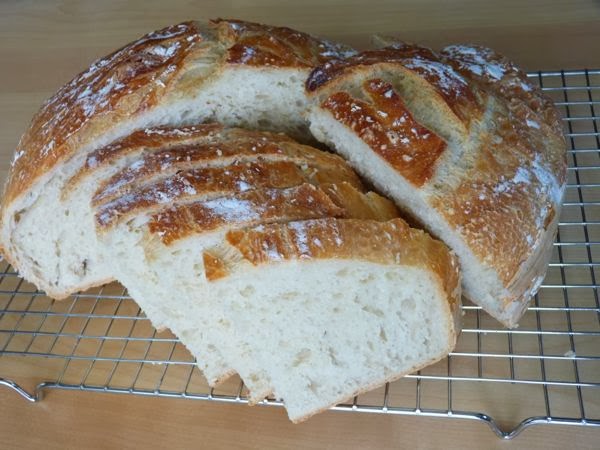 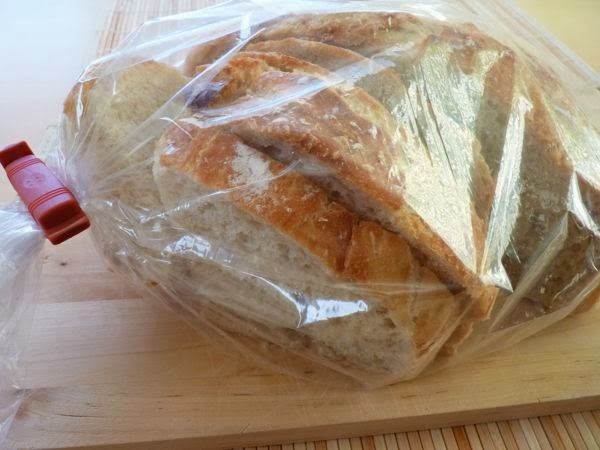 (the 5 or 6 qt. version) and Martha Stewart Enameled Cast Iron 6 qt. Round Casserole and they are both very good. I can only speak from my experience with these dutch ovens. Below is the revised dutch oven bread recipe and instructions I now use.

1/3 cup flour for forming into a ball later

Add the yeast to the luke warm water and let it sit in a cup. Measure and combine the flour, gluten, salt, and sugar in a big pot. I use my 8 quart pot. Add the cold water. Stir the yeast mixture a bit and then add the yeast to the large bowl as well. Using a big wooden spoon, just mix it all up until all the flour is incorporated. If you don't mix well, you could end up with pockets of dry flour inside the dough. That's it! Now cover with the pot lid and let it sit at room temperature for 12-18 hours.

Use the 1/3 cup of flour or more to flour your hands and the dough so that it doesn't stick too much to the pot. Let this sit for 1-2 hours so it can double in size.

Preheat oven to 425 F with your 6 quart dutch oven inside. When the temperature is reached, remove the dutch oven and quickly dump the dough inside. If you floured the dough enough, this should slide out pretty easily right into the dutch oven. Sprinkle the top a bit with some flour and cover. Bake covered for 45 minutes. Then remove the cover and bake for 10 minutes. Take out the bread and let it cool for about 20-25 minutes. Remove the bread and let it cool further on a cooling rack.
Labels: bread