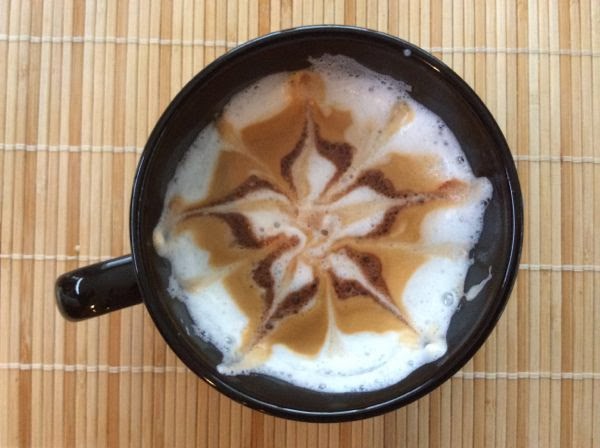 We finally got our own Nespresso coffee machine! And with that, we now have a "latte factor." Yikes!

We discovered Nespresso maybe 4 or 5 years ago when we visited my parents-in-law in France. My father-in-law drinks a lot of espresso. An incredible amount actually. The Nespresso machine he had only produced espresso, supplied by Nespresso, and the coffee capsules were expensive. Even though the espresso looked, smelled, and tasted great, it just wasn't the machine for us at the time. In fact, we're not used to drinking espresso. We like to drink standard American coffees, lattes, and specialty coffees. Espressos are too small and too strong. Lol. But after a few Nespressos in France, my husband and I became big fans! But the Nespresso machines were still too expensive and too limited for us.

Shortly after we came back to Canada after trying Nespresso for the first time, we got a Tassimo machine. They were starting to get popular back then in Canada and with that machine, we got the price and versatility we were after. We were quite happy with our Tassimo machine until we moved to the USA. Here, you could find plenty of Keurig and Nespresso machines, but not Tassimo. At least not in Redmond, WA. That also meant that Tassimo brand coffee capsules were hard to find. Surprisingly, the capsules were more expensive than in Canada as well. I ended up giving our Tassimo machine to my sister to bring back to Canada and I took the plunge and got us a Nespresso machine. They're more affordable now and with the Aeroccino frother, we can have more than just espresso. As an added bonus, we can bring our used capsules to nearby recycling points so they don't end up in the local landfill. 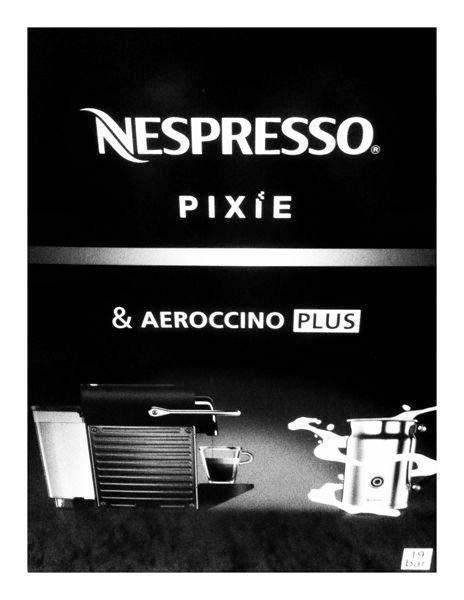 With our Nespresso machine, we can now make one of the best tasting espressos in seconds with just a push of a button. The Aeroccino frother works amazingly fast to produce hot milk and froth. It can make cold froth too. That will come in handy for ice coffee drinks in the summer :) For months now, we have been enjoying espressos and lattes made with milk, soy milk, coconut milk, and rice milk. We even bought a few flavored syrups like pumpkin pie spice and gingerbread to give our lattes a holiday flavor. When we run out of capsules, we just go online at Nespresso and order more. You get delivery to your door within two days. Let's just say we no longer go out for coffee much anymore :) 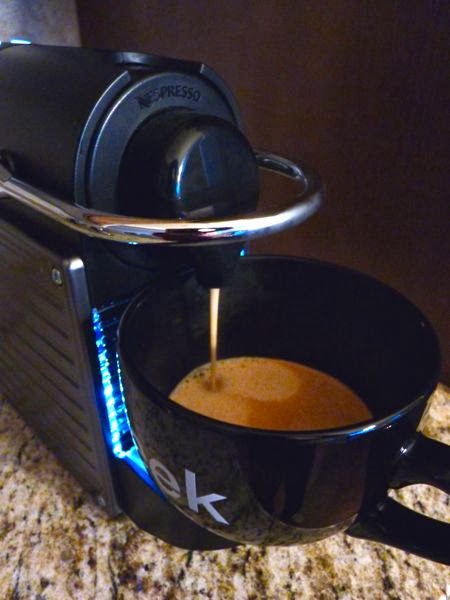 It's so easy, my 5 year old can even make me a great latte. But I wanted more. I wanted my latte to look pretty too. Is latte art possible with Nespresso? Well, it turns out it was actually hard to create latte art with Nespresso coffee and Aeroccino frothed milk. The milk gets way too frothy and bubbly, rather than creamy and thick. You really need the steam wand from a standard espresso machine to produce that hot velvety creamy smooth milk used for latte art. I tried it so many ways with so many different milks and it just wouldn't work. But I was determined to create something so I kept going.

The best design that would hold was the flower design. I needed to create more contrast so I used a chocolatey sauce, which I made by mixing a Lungo shot of decaffeinated espresso with a package of organic hot cocoa mix from Trader Joe's. It wasn't very thick like chocolate syrup but it worked alright :) I was really only after the design and I didn't want a sweet latte. I use 2% milk for my lattes now. Soy milk works well too but you get more froth with soy. 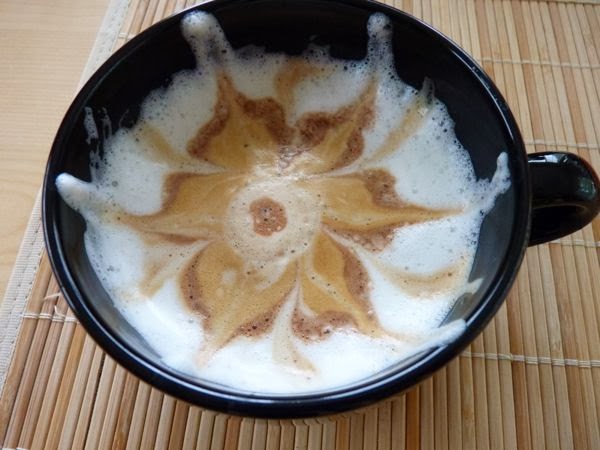 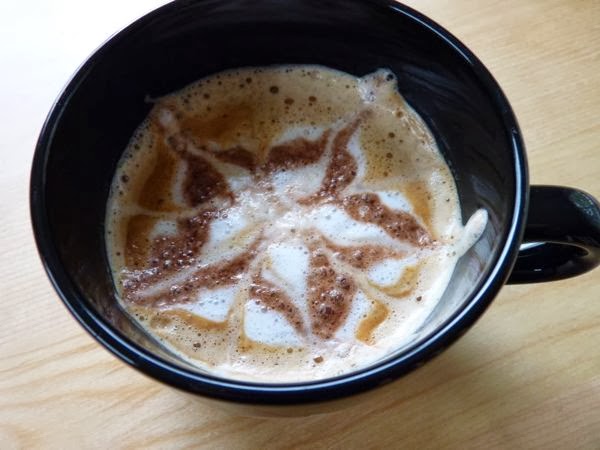 I got my 5 year old to help out in the video below. I started the recording and then handed it over to him to capture the rest while I prepared the latte. He was standing on a chair and he moved around a bit but the video turned out alright. Not a bad production for a 5 year old :) And he didn't even say a word the whole time!

Below are a few other fun attempts I tried at latte art using our Nespresso coffee. It's hard and some of them don't look great but they sure beat plain old boring looking lattes! 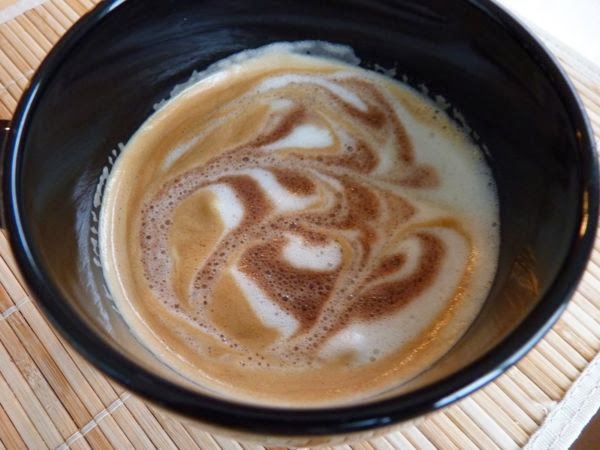 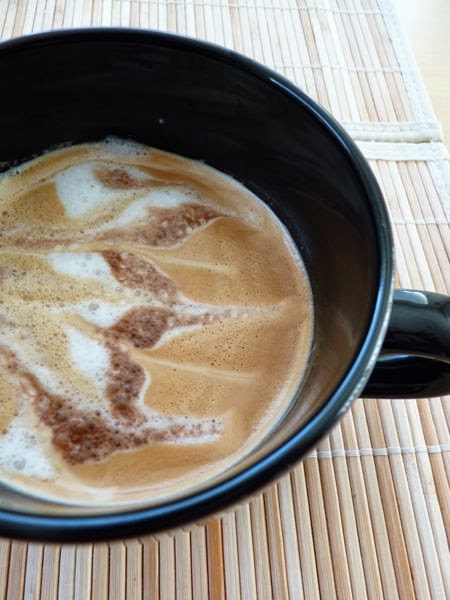 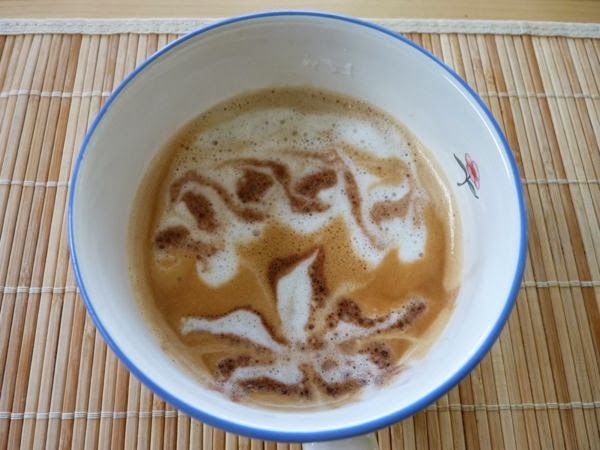 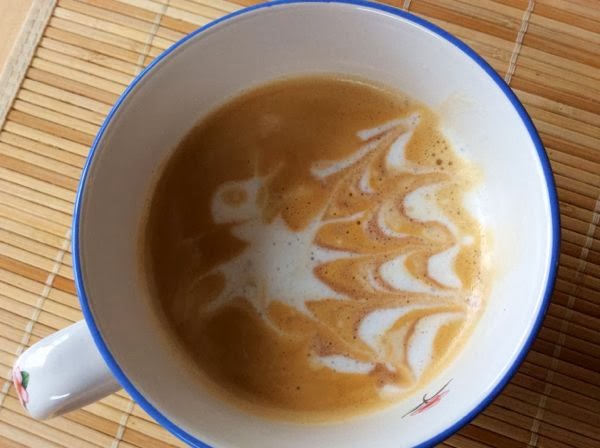 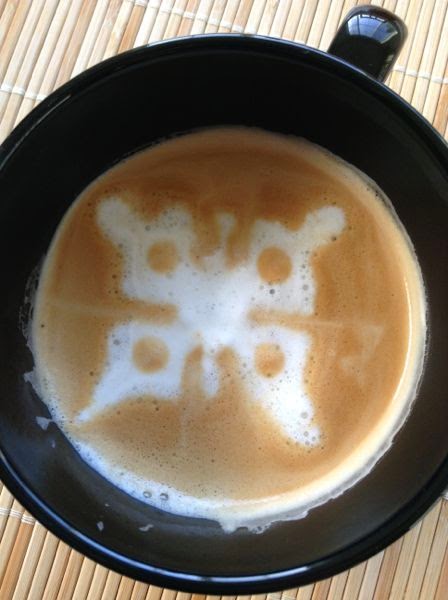 Do you own a Nespresso machine and Aeroccino frother? I'm still looking for more ways of decorating my lattes with art. If you have tried latte art using your machine, I would love to hear about it :)
Labels: coffee video