I finally did it. I got myself an ice cream maker. Now, let the weight gain begin. Seriously.

Ever since we got ourselves a bigger kitchen, we have slowly been filling it up with new toys. It's been great but now we are definitely running out of room. Our kitchen toys are now creeping into our pantry :( Luckily, I don't just hoard kitchen toys and leave them to collect dust. I actually make use of everything so I don't feel THAT bad.

Making ice cream is actually super easy. The machine itself is pretty simple. It's basically a frozen bowl that turns and stirs your prepared cream until it expands into a fluffy soft state. You can do this yourself without a machine by constantly stirring and freezing your prepared cream and repeating until it resembles ice cream. You add air to it every time you stir. But that would be so much work! For just $50 or so, you can just buy yourself an ice cream machine to do all that hard labor :) It's like magic in just 20 minutes.

I have already made several different kinds of ice cream. The first recipe I tried was a blood orange flavor. It was really really good. However, my favorite so far was the pistachio ice cream I made for when my family came over a month ago. It reminded me of the Bertillon ice cream I used to have in Paris. I also made a couple vegan flavors with much success such as peanut butter soy with jelly and coconut chai tea using cashews. So far I have only encountered one recipe that flopped. It was a butter pecan coconut vegan ice cream. The recipe was a nice soft serve but when I froze it, it froze like a popsicle. Lol. It's all good though because I got to learn a few things along the way, especially when it comes to making ice cream vegan.

Two of my favorite ice cream flavors happen to be greenish in color. Well, sort of. Pistachio and green tea. Neither of them are vegan. Ahem. Sorry. My husband and I used to drive up to Deep Cove in North Vancouver just to walk along the water and have green tea ice cream. This was before we knew there was a nice hike just steps away and other great food nearby. Oops. Deep Cove is such a beautiful place. Sigh. I miss going there. When I made my first batch of green tea ice cream at home, the taste of green tea ice cream in Deep Cove was the goal I had in mind. I like my green tea ice cream to have a strong green tea presence and only slightly sweetened. If you like that too, maybe the following recipe is for you. 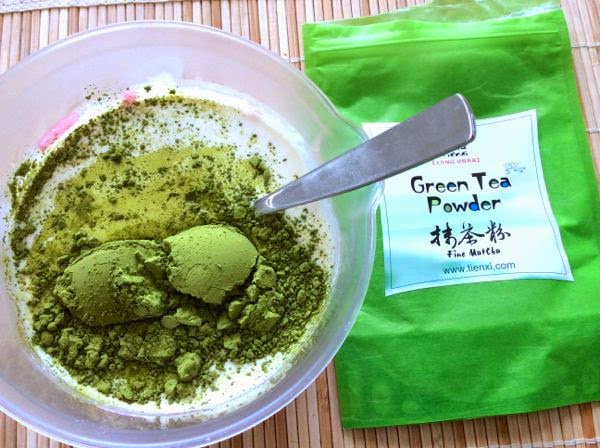 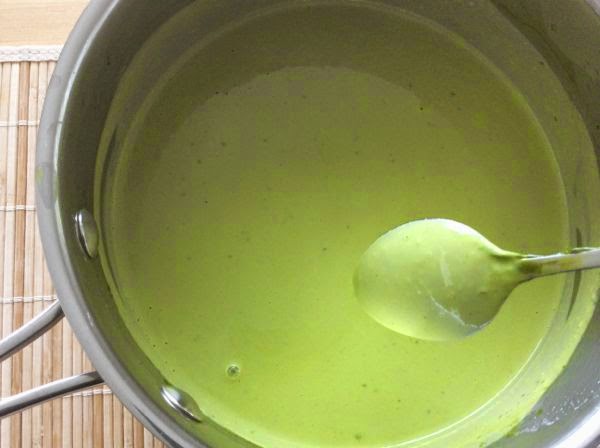 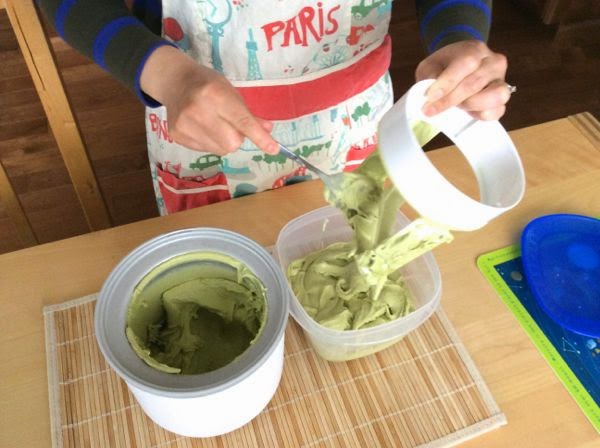 In a bowl, mix the green tea powder, heavy cream and egg yolks until most of the green tea powder is dissolved. Heat the milk, sugar, and salt over low heat in a pot until everything is dissolved. Slowly pour the hot milk over the green tea mixture and stir. Pour this back into the pot and heat on low. Stir and try to dissolve and break up the remaining clumps of green tea while the cream is heating. Stop when the cream thickens to the point that it would coat the back of your spoon.  If you go too far, the yolks in the cream may scramble. If this happens, you can save your cream by blending the heck out of it with a Vitamix or something similar until it becomes a smooth cream again ;)

Let the mixture cool and then refrigerate for a few hours. Pour mixture into your ice cream machine and follow the instructions on your machine. Scoop ice cream into a container and freeze it for a couple of hours before serving it. 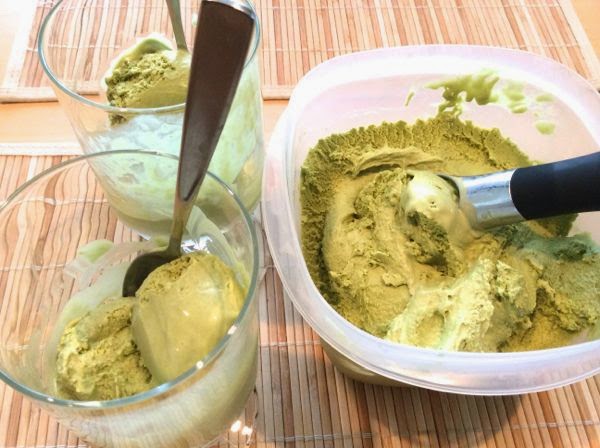