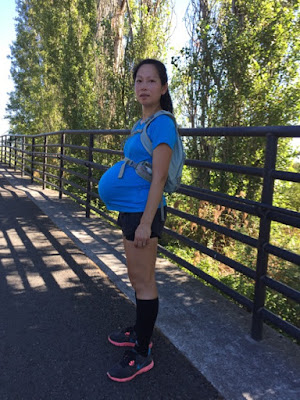 If running all year long doesn't prove that I'm a serious runner, maybe the fact that I'm still running now will. I will be 35 weeks along in my pregnancy in a couple of days. I just went running today.

With my first pregnancy, I ran until I reached about my 5th month of pregnancy. I was happy with my effort. It got too hard after that because I would leak urine whenever I ran. So I stopped and I went for walks every day.

This time around, I have forced myself to go longer. I am nearly 9 months along now. Already?!?! Initially, I felt worst and didn't think I would even make it to my 5th month but over time, running surprisingly got easier. I had hard days here and there but my body adjusted and now I'm not worried. I'm at the point where I'm just taking it one run at a time. My current goal is to make it to 36 weeks or before my son goes back to school. When he goes back to school, I'll be walking a lot more every day and running on top of that might feel like too much. But we will see :) 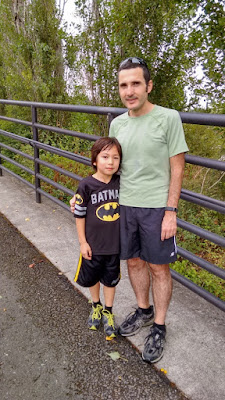 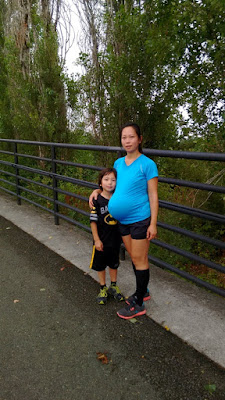 What is it like to run while being pregnant? Well, during my first trimester, I was extremely nauseous and I barely ate anything since I had food aversions to nearly half the things I used to eat. It was really strange. I actually lost 5 pounds from that. I read that exercise could help nausea so I forced myself to continue running. I felt sick to my stomach when I did run but I never vomited. I was nauseous pretty much 24 hrs a day until about my 16th week of pregnancy. Besides feeling sick, running was the same as usual. I ran 8-10km each time and I ran fast. 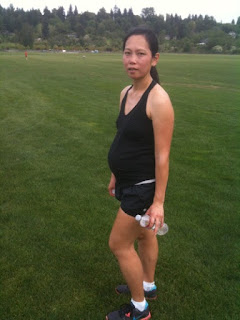 During my second trimester, the nausea sort of went away and I started to get my appetite back. Running however, got a little more challenging. My crotch started to hurt a lot during my runs. I brought this up with my OB and she told me that it's normal since I had given birth in the past and I'm all stretched out down there. I decided to start wearing a belly band over my running shorts and I pushed through each run. A few weeks later, the pain sort of went away. It still came back sometimes when I ran but it didn't bother me very much. My muscles must have gotten stronger. Next, came the right shin pains on my leg. It was so weird because it was only my right shin and it would have a piercing pain shortly after I started running and would continue until I stopped running. It was so painful! To help my blood circulation, I added compression socks to my run. The shin pains continued for a month or so and then it went away. I also cut down on my running and reduced my speed. I was then running 5-7.5km each time. I think doing that helped a lot with all the pains. 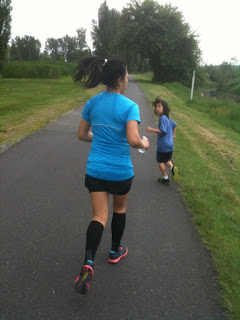 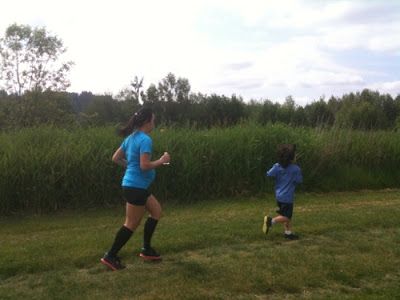 In my third trimester, I was even more determined to keep running after I was diagnosed with gestational diabetes. It's funny because my running goals kept changing throughout my pregnancy. With each new pain, I would create new goals for myself. But then the pain would go away and I had no excuse to stop. I enjoyed running on my own while my son was still in school but when he was released for the summer, I thought I had to stop. But we started training him on his endurance on weekends before the end of the school year and by the time school ended, he was able to run with us. He's only 6 1/2 years old and he can run 7km nonstop now. He's practically a gifted young runner :) That meant that he could run with me all the time now. 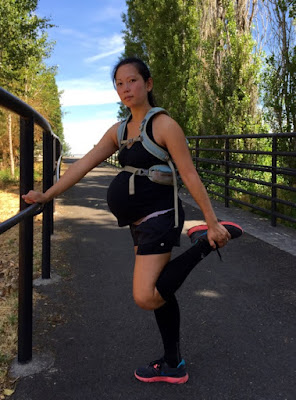 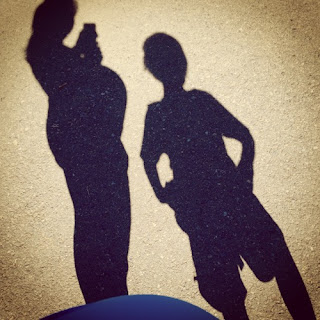 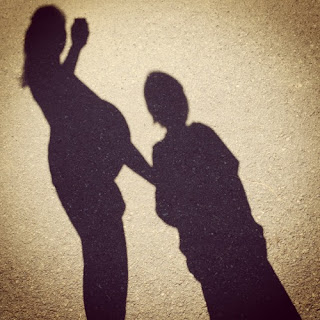 Comments I have received while I was on the trail running (I only received three. Many people stare but don't usually talk to you.):

Female biker: "OMG, you are amazing!"

Male biker: "Running for two, good for you!" 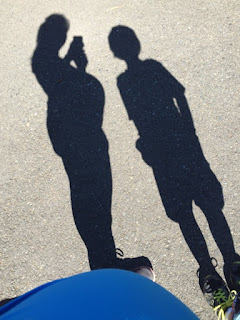 I only run maybe twice a week now so it's not that demanding. Plus now I can only run 4km at a time. At the beginning of my third trimester, my lower back started to hurt. I guess my center of gravity was totally shifting. Then that pain went away. Now, I'm just plain tired. All over. It's exhausting lugging all this extra weight around. My lower belly and crotch aches every time I run. I can feel the extra weight on my legs as well and I sort of waddle along now. Lol. You might be able to guess that I'm a pregnant runner just by running behind me. Ha! I feel the need to pee, especially at the start of my run and I think my belly goes into contraction for my entire run. At least it feels that way. Despite all the discomforts I feel, I can still clock 25 minutes for a 4km run. I'm happy with that. Afterwards, my whole body is sore for 24-48 hours. But it's totally worth it :)

Overall, I feel great. I don't experience any typical pregnancy issues like backaches, varicose veins, edema, tiredness, leg spasms, lack of energy etc. Plus, I was able to control my weight gain, I sleep better, feel happier, and my blood glucose is down! I'll admit it's totally hard to run being this pregnant but all the benefits keep me going. In fact, I have heard from many expecting moms that once they stopped or reduced their exercise routine significantly, they started to experience all sorts of discomforts like leg spasms at night. It's nice to know too that what is good for me is also good for the baby. I'm 7 years older now than when I had my first child so I feel like I should do a little extra this time around to be healthier overall for baby #2. Older moms are at a greater risk for all sorts of bad things in pregnancy (like gestational diabetes) compared to younger moms.

Running with my 6 1/2 year old while Pregnant

I read stories of women running in their third trimester and right up until a few weeks of labor and I was always amazed by them. I never imagined I could be one of those women one day. I felt the same way about people running marathons and then I ran a couple of marathons. It's surprisingly what your body and mind is capable of. You just have to have the motivation and discipline to carry out your goals. 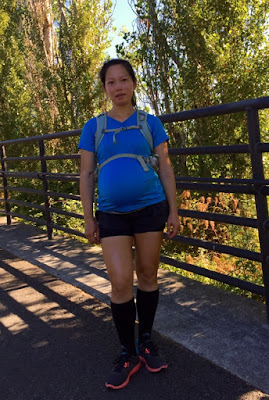 I would like to finish this post with a few tips I have learned along the way for running while being pregnant: