Thanks to Twitter I found a pretty cranberry tart recipe just in time for American Thanksgiving. I made the tart along with my usual pumpkin pie for our feast. I used almond meal and whole wheat flour for the crust since that was what I could find in my pantry. It was a hit so when I found a large 32 oz bag of cranberries on sale at Costco, I made the tart again. I had enough berries to do two tarts so for comparison sake, I made one vegan.

Taste wise, both tarts were pretty much the same. They looked the same too. In terms of texture though, I found the vegan one to be less viscous. It didn't hold up as much as the normal tart so it flowed more when it was sliced. When cold from the fridge, both tarts cut out much better. The tarts were made gluten free this time and I used less sugar in the filling. It really does remind me of lemon tart and I can't help but think this cranberry tart would be a huge hit in France. Too bad cranberries don't come from there and is not used in cooking. 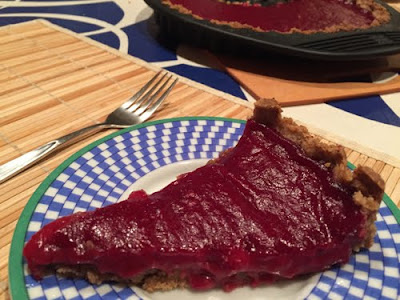 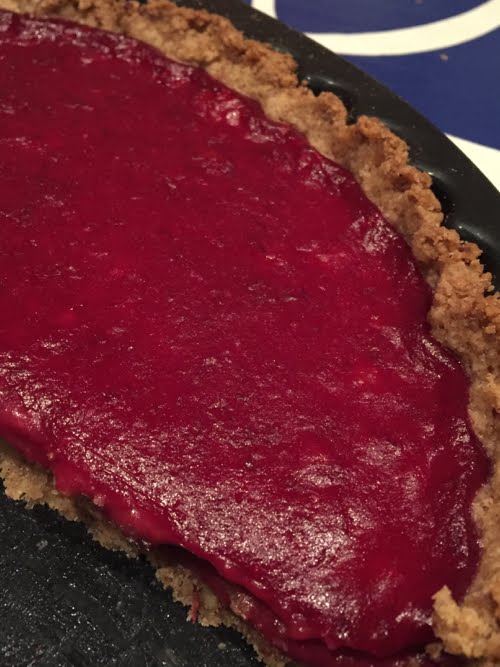 Apparently the original recipe was quite popular since my husband said one of his coworkers brought the same tart to work one day. He tried it and said mine was better. LOL. I did hack at the recipe and made a few changes so I'll share them here. We like it so much I may just have to add it to our regular menu during the holidays :) 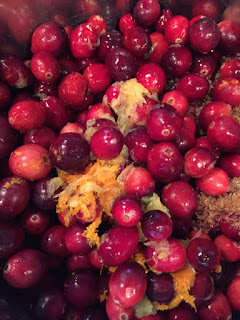 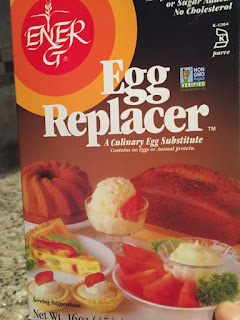 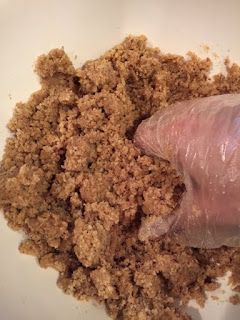 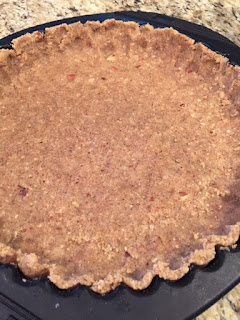 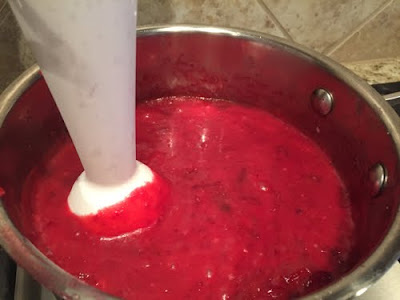 16 oz fresh cranberries, washed
1/2 cup brown sugar (use more if you like it sweet)
1 orange, zest and juice
1/2 cup (or 1 stick) of butter (I used Earth Balance)
3 eggs (I used the equivalent in egg replacer)

This is optional but I pan fried the pecans before grinding them up to crumbs. I used the magic bullet to process my crumbs. Combine all the crust ingredients together and mix well with your hands. Pour and press this into a tart pan.

Combine the cranberries, sugar and orange in a pot and cook until the cranberries all pop. Reduce the heat and add in the butter. Mix the egg replacer with cold water until it's a paste. Stir this into the pot slowly and continue cooking until the mixture all thickens. Turn off the heat and with a immersive blender, blend until smooth. Pour this into the tart pan. Bake at 350F for 25-30 minutes until the filling has set. Cool and serve at room temperature. This also tastes well cold from the fridge.

*I did one tart without pan frying but just pre-baking the crust. That version was just as good with a firmer crust but the sides were not as intact. The second time pan fried the nuts but didn't pre-bake the crust and the crust was a bit softer at the bottom.
Labels: cranberry tart vegan