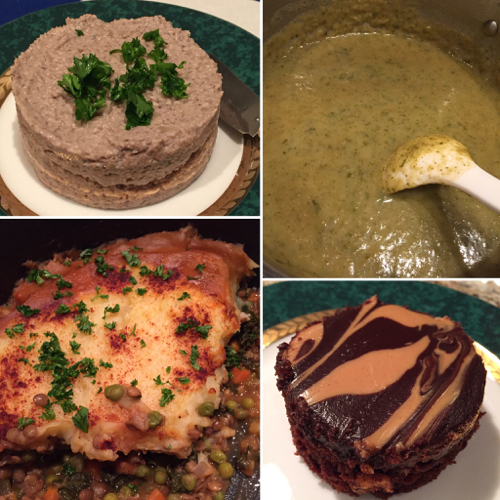 We cook vegan from time to time but rarely do we ever do a full vegan dinner. This past weekend was probably the first time I did a four course vegan dinner party. Everything from the start of the dinner to the very end was vegan. Not only that but I avoided all processed foods altogether so no fake meat, fake cheese, fake anything was used! Everything was natural, healthy and made from scratch. 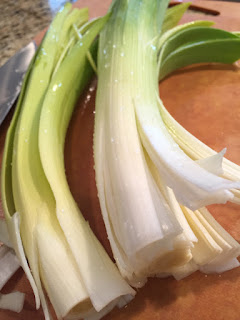 Since we have been exposed to vegan cooking for years, it actually wasn't that much of a challenge. We invited our neighborhood friends over since I found out that she was vegetarian. We volunteer for the school together and her boy plays very well with our boy. Her family eats meat from time to time but they do pretty well with any kind of food. My husband's birthday is this Thursday so it was an early birthday dinner for him as well. He LOVES vegan food and I have no time to cook much during the week day anymore. Sadly my baby has to cry for 30 minutes or so while I get dinner ready every night :( She always wants to be held, no matter much much I try to put her down.

The dinner party was a success. I thought the food turned out great and our guests enjoyed it as well. Our friend made some fresh bread and brought that over and bought some strawberries to accompany my dessert. It was perfect! 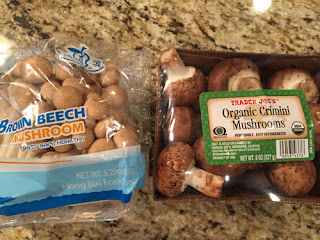 The paté was a bit on the wet side but it was very tasty. The cream cheese is no substitute for regular cream cheese but as a nut spread, it was great! It's funny how a little apple cider vinegar can make the cashews smell and taste cheesy. Don't let the strange smell scare you!

I don't think I have ever had regular Shepherd's pie before. The first time I made Chef Heidi's version of the pie, I doubled the vegetables and used half of the meat in the form of beef-less ground beef. It was very tasty. I ended up making that many times. This time, I wanted to use natural ingredients so I substituted green lentils for the fake beef. Honestly, it tasted great too and I did not feel like I was missing anything. I think I'll use lentils from now on! 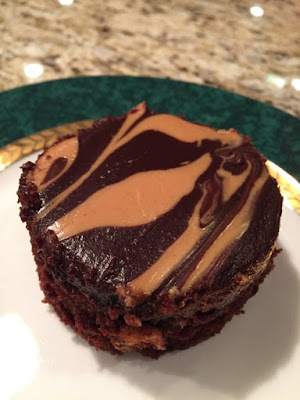 I have made the vegan brownies countless times. It's probably one of my favorite brownie recipes and perhaps my favorite vegan dessert. I made the topping a little different this time around. I used about 1/2 cup of soy creamer and a whole bag of semi-sweet chocolate chips from Trader Joe's and maybe 1 1/2 tbsp Earth Balance to make the ganache. Then I microwaved about 1/3 cup peanut butter and poured that over the warm ganache to make a pattern. It was pretty and oh so delicious! Although I did wreck the top a bit when I tried to cover it in saran wrap while it was still a bit warm. Ahh! Hey and did you know that the semi-sweet chocolate chips from Trader Joe's are vegan?! They're accidentally vegan and only $1.99 a bag people! :)