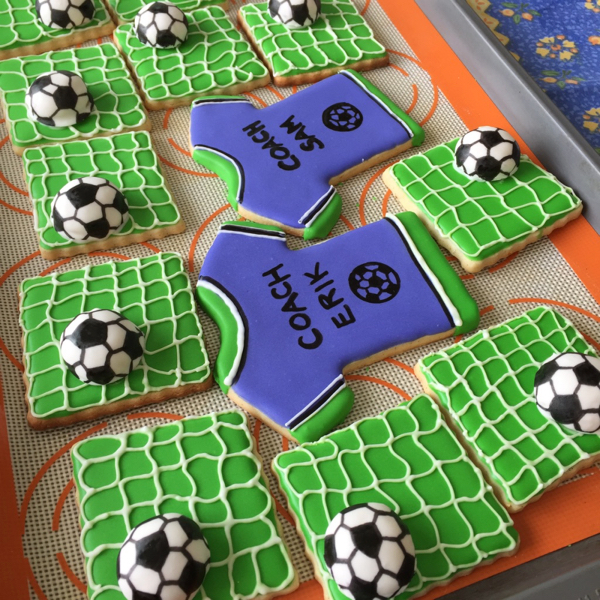 Yesterday was my 8 year old son's last soccer game of the Spring season. During the season, parents of each player would take turns bringing snacks for all the players. For the last game, everyone would bring something to share in a snack potluck. In the Fall season, I made caramel pumpkin popcorn and the kids didn't seem that thrilled. Lol. In fact, some of the kids didn't even want to take it saying that they don't like popcorn. What!?


Since the school Fun Run is wrapping up and I had time this week, I decided it was time to treat the kids to something special. A custom made sugar cookie, of course! Sugar cookies are so much work but there were only 9 players, 1 coach and 1 assistant coach. I could totally handle that. I only had to bake a little more than half the dough to get enough cookies. I made two extra for the two big siblings that often tagged along at practices and games.

After browsing Pinterest for ideas, this is what I found. I loved it because it wasn't your typical round black and white soccer ball. I instantly fell in love. 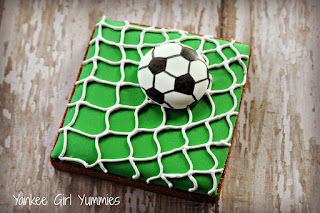 Here is what I ended up with. Works for me! 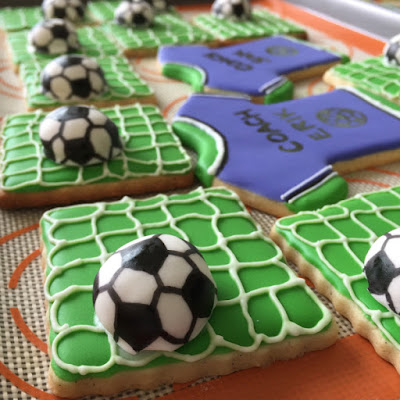 The soccer ball was a cookie as well. I baked round balls and they ended up as semi spheres since the dough wasn't super cold. But that worked out perfect! I dipped them in royal icing and after they dried, I drew and colored in the soccer ball with my black food marker. That was actually the hardest part. Lol. I initially started drawing freestyle but then I ended up with pentagons connected to squares and lines weren't lining up right. You could still tell it's a soccer ball but it was so messed up! I saved that one for my 8yo. Haha. I remembered seeing pins on Pinterest on how to draw a soccer ball so I went back to Pinterest. I know, right!? After a few, I really got the hang of it. Hey, you learn something every day! 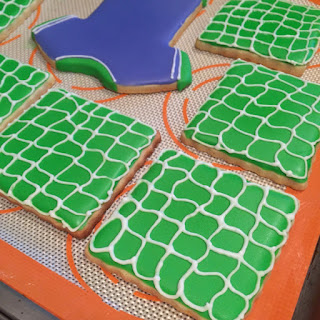 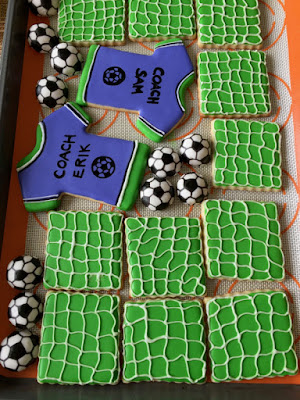 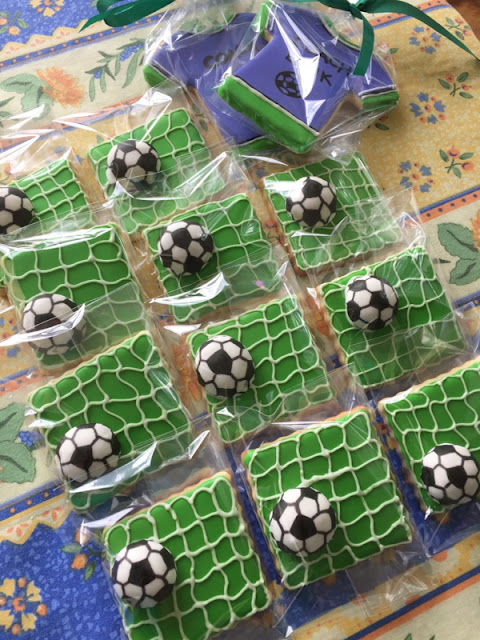 The weather was fabulous and we ate snacks, mostly junk food, on the field after the last soccer game. I was pleased to see that 6 out of the 8 families there actually brought food to share :) Once again I was the snack organizer and everyone but one family forgot to bring snacks this season. That's a win for me.

Having soccer from 4:45PM to 5:45PM every Tuesdays and Thursdays was really stressful for us so I for one, am super thankful it's all over! The Fall season should be better since practices are nearby and games will be on the weekends. Phew.
Labels: soccer sugar cookies