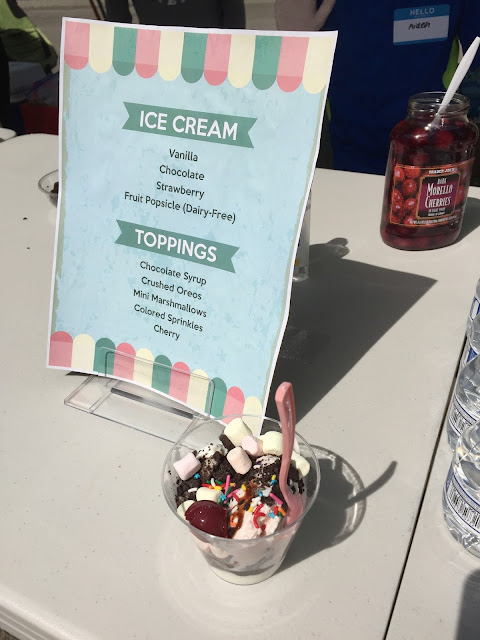 This past weekend, I organized and hosted an ice cream social for our school volunteers. It was the first one of its kind that's funded and given by the school PTSA. As a volunteer coordinator this year, I have been trying to push for an appreciation event for all our volunteers since the beginning of the school year. The teachers have countless appreciation events that the PTSA organizes for them and they are showered with gifts throughout the year but we never did much for our volunteers. Plus, the teachers get paid and we offer our time for free. I mean teachers are great but so are volunteers and I saw that we needed to do much more for them. By showing volunteers that we value them, not only will we help recruit new volunteers and retain volunteers, but we will also inspire and encourage existing volunteers to do more.

It's not like we were getting nothing. There is always a volunteer breakfast at the end of the year that is hosted by the teachers but only a select few of us get an invitation. The volunteers that have a presence at the school usually get invited but many of our volunteers work from home behind the scenes. I'm one of them! And no, last year I was never invited even though I put over 300 hours of volunteer work towards the school. That's just not right. Instead of getting mad at the PTSA, I decided to make things right by being a volunteer coordinator this year. 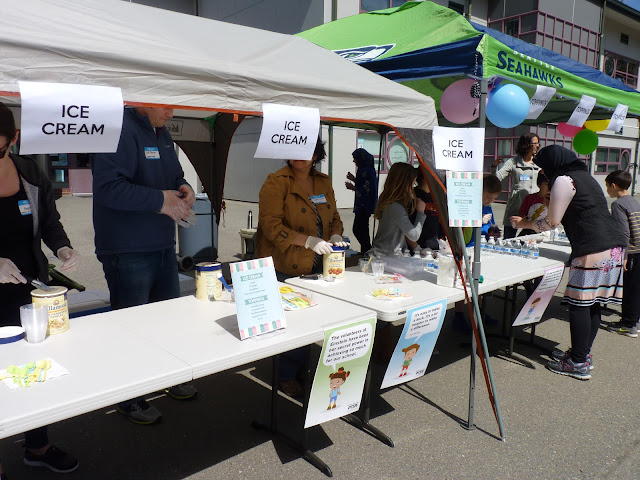 Last week was National Volunteer Week and April is National Volunteer Month. In celebration of this and to show appreciation towards our PTSA, we had an ice cream social. And it was a success! I am so relieved the volunteer ice cream social is now over. It wasn't actually a lot of work because it was just ice cream. Everyone kind of expected me to do something after pitching so many appreciation ideas but after a few failed attempts at getting a budget approval, I didn't really want anything to do with it anymore. I was also busy with other stuff too. But then they started asking me about it and so I felt I had to do something. The ice cream social for our volunteers during National Volunteer Month was easily approved. Even if we didn't have something to celebrate, a social for volunteers was important for volunteers to get to know one another. The work and cost was minimal and we couldn't have been luckier with the weather. The event was held at the school playground and field to keep it nearby and to save costs on renting a venue. 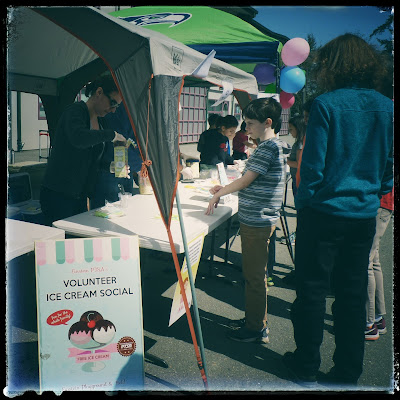 I made a poster. Actually I made many posters. That's kind of my thing lately. I'm the poster/flyer lady. After this event, I'll probably be known as the ice cream lady. They are already asking me to do it for the next school next year. The boundary changes in our neighborhood is sending us to a new school next year. And yesterday, they were trying to recruit me for VP of Volunteers on the board. I sort of said no. I think I need a break. 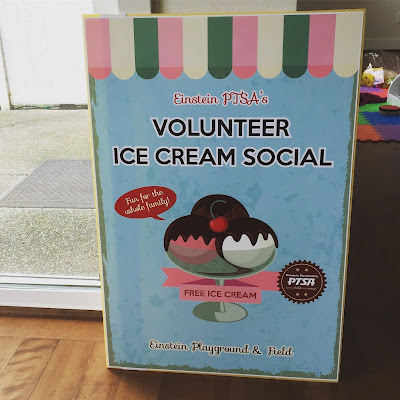 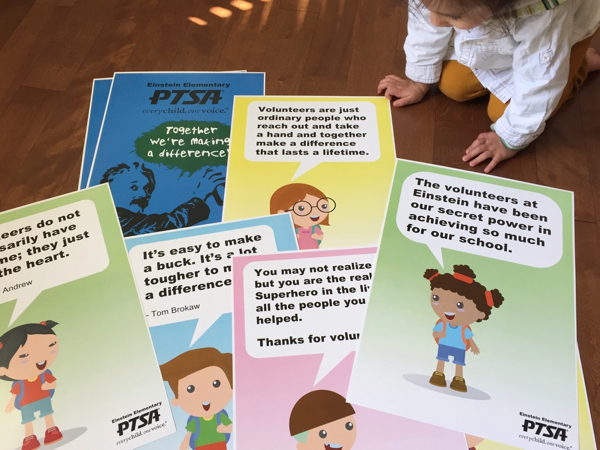 The event was a hit for everyone who made it out but my estimates were really off. I proposed a budget based on attendance for 200 people and I pre-bought ice cream in advance when they were on sale. If all our volunteers came out with the their family, that could have easily been more than 400. I took a risk but only half my estimate RSVPed yes to the invite. Of that, only about 70% actually showed up. What! I did not expect that one. So we had leftover ice cream. A LOT of leftover ice cream. I don't think I can return them so I'm just going to eat them all over the next several months and get fat. Ha!

114 people replied yes to my invite. I brought along 15 tubs of ice cream, expecting extra people to show up because of the nice weather. I recruited three parent volunteers to help scoop ice cream, trying to stay away from board members. If anyone needs a break, it would be the board members! However, one of my good friends insisted on helping and she's on the board so she was the exception:) The other volunteer coordinator was also present to lend us a canopy tent and to help at the greeting table and help set up. Yes, we had a greeting table for an informal check-in where volunteers could get name tags. The idea was for them to write their name, along with a program or event that they helped with at the school.

We also had three kids help with sundae toppings. My son, my friend's daughter, and my son's friend, who was also the child of one of our ice cream scoopers. The kids of all the adult volunteers were actually very helpful in setting up too and were even fighting over turns with the toppings stations. I really wanted to involve the kids to help give relief to more parent volunteers. Let's not forget this was a volunteer appreciation event as well.

Here was what I brought along to the ice cream event:

What I should have brought instead:

As you can see, I totally overdid it! Lol. But this is the first time we did this so now we know. The idea was to give each person a generous 6 oz ice cream serving in a cup. That is like 2 big scoops of ice cream. Unfortunately, we started off serving smaller scoops but I didn't notice since I was so busy with the setup of the sundae topping table. Half way through the event, I told our volunteers to offer up to 3 scoops and we allowed people to come back for seconds and even third servings! Lol. The event was only 1 hour long but the ice creams were already starting to melt.

Here are a few tips I would give to those who are thinking about doing an ice cream social: 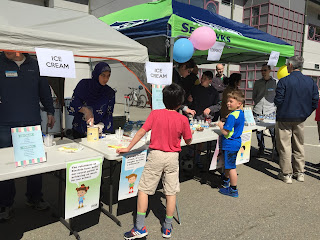 It took me a few weeks here and there to research, organize, design the posters, search and shop for bargains and supplies. The cost of the event was only about $139, which included the cost of about $20 for posters. I made the posters with the idea that they could be reused year after year. So more cost savings down the road. Because I'm a skilled bargain hunter, I was able to buy a lot more and choose better quality ice cream and present everything in a more professional manner. We served Tillamook ice cream people! We were essentially able to give people pretty awesome sundaes at the cost of around $1.55 per person. Since we had so many leftover supplies, we could have served even more people and that would have brought the cost down even more. My goal was to keep it at no more than $2 per person so I'm quite happy with the final calculation. I'm a bit disappointed with the turn out but overall, I think the event was a success. And the weather was fantastic!  Yay:)
Labels: ice cream marshmallow school sprinkles