Car Cake for a Birthday

My friend hired me to do a theme cake for her husband. Hooray! The only person I have ever done a cake for and got reimbursed for was my sister for my niece and nephew's birthdays. My sister paid me back for my ingredients and I donated my time. When it comes to making and decorating theme cakes, we're always talking about A LOT of time. Mainly, because I actually don't have that much experience doing cakes. I get to make theme cakes for my two kids' birthdays and that's only twice a year. Some times I make cake for myself, Christmas, or my husband but they aren't really theme cakes. 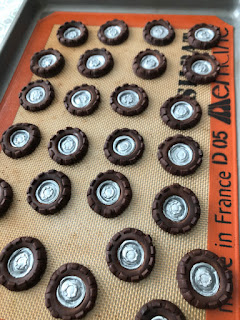 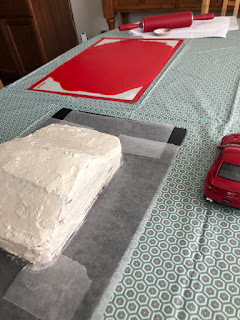 Making this cake for my friend is sort of my first paid job. Lol. I didn't really know how to quote her since I don't usually charge for cakes. No one has really asked me ever. After googling about pricing, I decided it would be reasonable for an amateur like myself to charge for the ingredients, plus my labor at roughly $10/hour. Since it was my first gig. Some people mention charging around $6-8 per serving, which would make the cake over $500. That's just ridiculous! I'm not a professional anyway. The price I pitched would make it around $1.70 per serving. I would even pay that for a custom cake:) I do understand why people charge so much because decorating cakes takes a lot of time and involves a lot of detailed work. But again, I am a bit on the slow side and I don't believe I can ask for that much for the quality of work I can produce. If it wasn't for the fun factor in making theme cakes, I probably wouldn't bother because I could never make enough money from it as a job. I can make SO much more doing graphic design and that's super fun too! 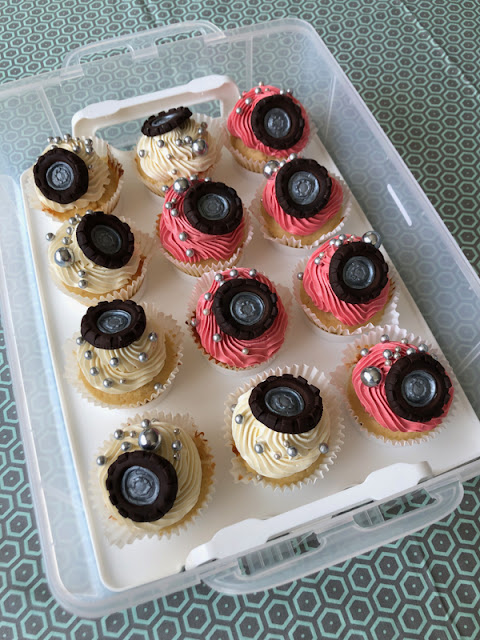 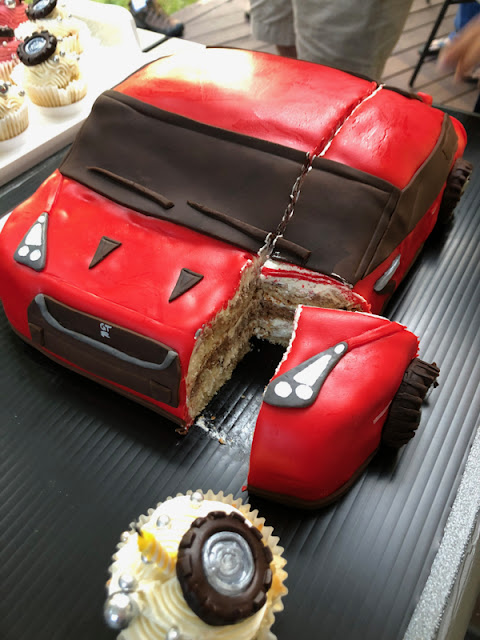 It took me roughly 6 hours to make everything. I made a themed car cake, plus 12 cupcakes. I did over 24 tires as toppers for the cupcakes. I used a silicone mold for them. This was before I baked everything but in the end, I only had enough batter for 12 cupcakes. I used a vanilla cake recipe for 56 cupcakes but I wanted the car cake to be as large as possible. The birthday boy asked for vanilla cake with chocolate marble so I used a vanilla cupcake recipe I used in the past that was pretty good. I added cocoa/water to about half of the batter and created a marble effect mixing that with the vanilla batter. In the future, I would leave 3/4 of the batter vanilla and only mix cocoa into 1/4 of the batter for a nicer effect. But the cake and cupcakes turned out nice and moist. The frosting I made was vanilla Swiss meringue buttercream. I always do this one. The birthday boy only wanted vanilla frosting and he wanted the cake to be covered in fondant. He even let me borrow his toy model car to study. Plus, he has his real car too, which I saw in pictures. It was all super helpful!

As the maker of the cake, I can tell you that there were flaws all over the cake and I tried my best to hide them as time went by. Lol. In the end, it resembled a car and if you look at it long enough, it had many of the details of the toy model. However, it wasn't the exact shape because I didn't want to cut off more cake from the sides. I wanted to keep the cake as large as possible so it ended up being a wide car. Hahaha. After covering it up with fondant, I realized I could have cut cake from the sides and then added them to the ends of the cake to make it longer. Whoops. Next time! Lol. 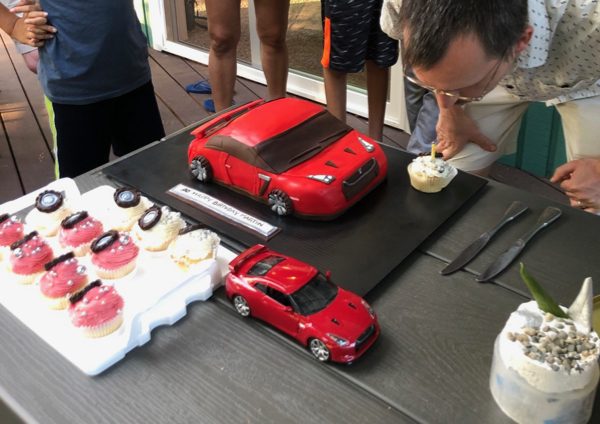 The cake was a hit at the birthday party. Yay! It was a fun project for me but I have to admit I was definitely out of my comfort zone a bit. I don't do cakes that often and my homemade fondant was a bit off. It was harder to roll and work with. But I managed to work with what I had and I just improvised and corrected flaws every step of the way. Like a pro, right?! :) 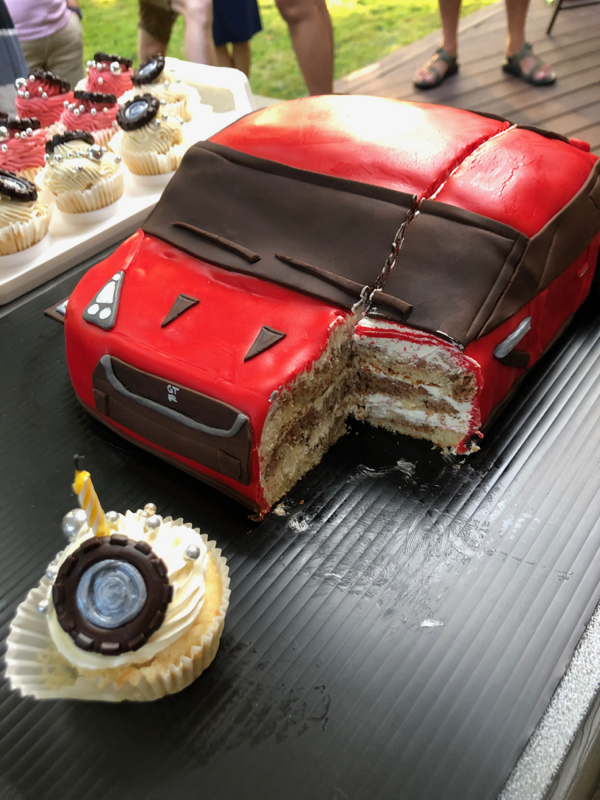