A teacher and staff cookie exchange is something I would totally volunteer to help with. They had it last year too but we were away in Hawaii at the time. I was so bummed. I love baking, especially for others. I get in all sorts of trouble if I have to eat all of the sweets I make. No amount of running or exercise would undo that.

I don't know what the turnout was like last year for volunteers but this year's list looked rather bleak. 25 volunteer slots were open and only 15 signed up. I ended up signing up for three and another volunteer signed up for two. So only 12 people signed up. I would have preferred to sign up for one or two and concentrate on making those nicer but I felt like they needed more variety. We had to provide two dozen of each kind of cookie. Since I had to bake 72 treats, I had to split up my time over two days. Times like this, I wish I had two ovens.


Here are the three treats that I made:
I waited until most people signed up and then I chose cookies that weren't there. I wanted a decorative cookie but I made it a bit different with the addition of rosemary. Thanks Sugar Rush for the idea! Then it made all the sense in the world to cut out christmas trees as the shape for the cookies. Lime meltaways were thrown in there since no one was making anything similar and they were so easy to do. The vegan aquafaba meringues were something I have always wanted to make and this was my chance. Plus, I didn't think anyone would sign up for any of the vegan treats. I don't particularly like the taste of meringues so it was the perfect thing for me to play with and then give away. 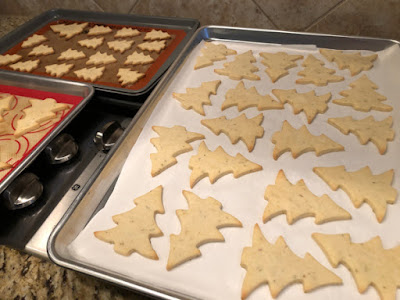 After doing the vegan meringues, I sort of feel like I have mastered meringue making. It's really not that hard if you follow the instructions. Lol. And aquafaba meringues do not taste like chickpea at all! My family liked them. I had to test these out the first time and they turned out as well. However, I tried doing them with almond extract to make them more Christmasy but they just tasted weird. On my second attempt for school, I just went with vanilla extract with a squeeze of lemon. My family liked that more. I love the way they look in blue with the streaks and rainbow pixie dust on them. So whimsical and pretty. I would totally do them again just for decoration pieces. The liquid from one can of chickpeas will make around 30 medium size meringues.

Here are things I discovered when I made my vegan meringues: 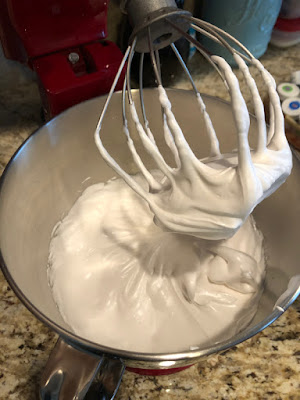 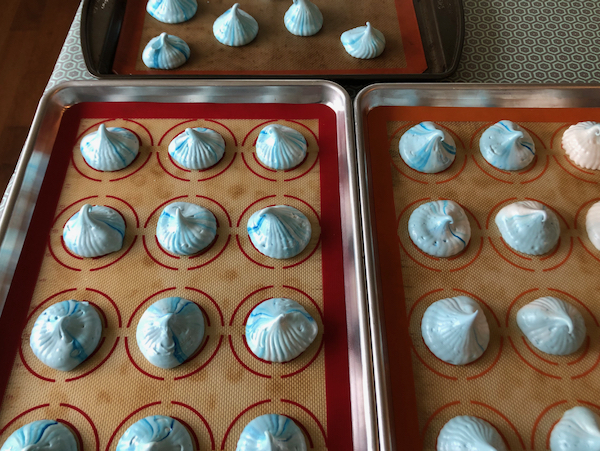 Meringues are so pretty. And so easy to make. Now I have a reason to save my canned chickpea liquid! It's science at work in the kitchen. Kind of mindblowing when you first make them. Whoever came up with this is a genius. 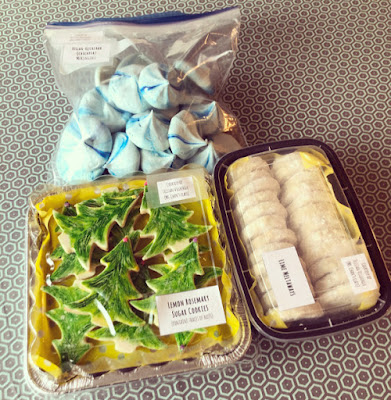