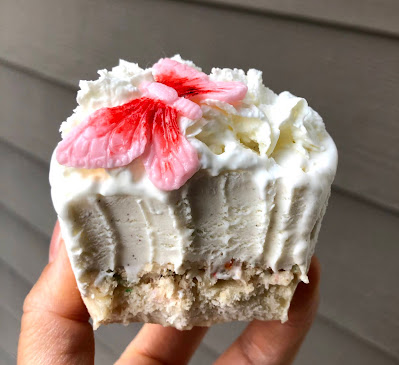 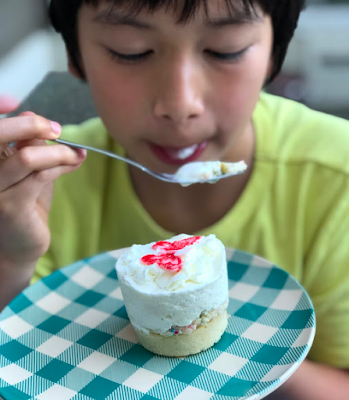 If you follow me at all, you know that I love ice cream cakes. Having ice cream with cake, reduces the overall sweetness of the cake and when I make it, it's really multiple desserts in one. It's also the best dessert to celebrate with on a hot summer day. 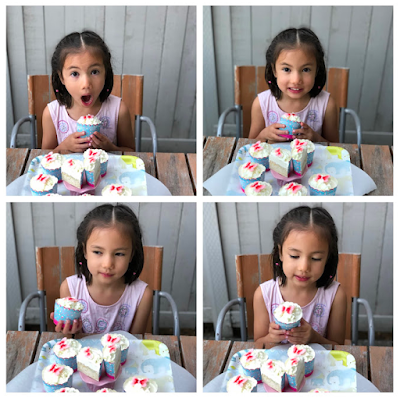 My daughter recently turned 5 and we had a week long birthday celebration at home. I prepared many of her favorite meals, including desserts all through the week. One of the desserts I made were vanilla ice cream cupcakes. The vanilla cupcakes I made were super white due to the use of only egg whites so I decided to do an all white ice cream cupcake version. Normally, I would have a cookie layer in between the cake for an added crunch but I had no time to make cookies. I did have rice krispie treats because I made them for part of my daughter's birthday cake. It was perfect! 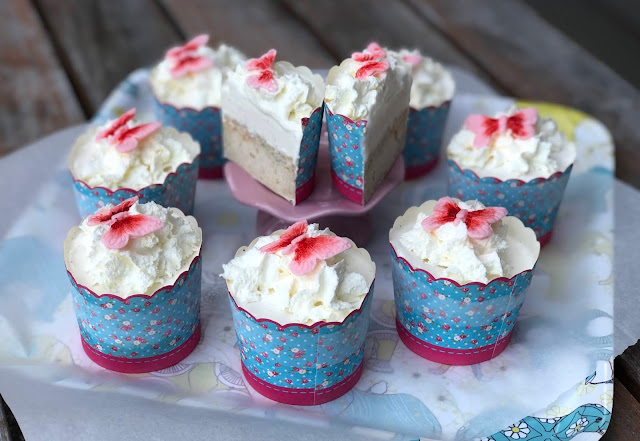 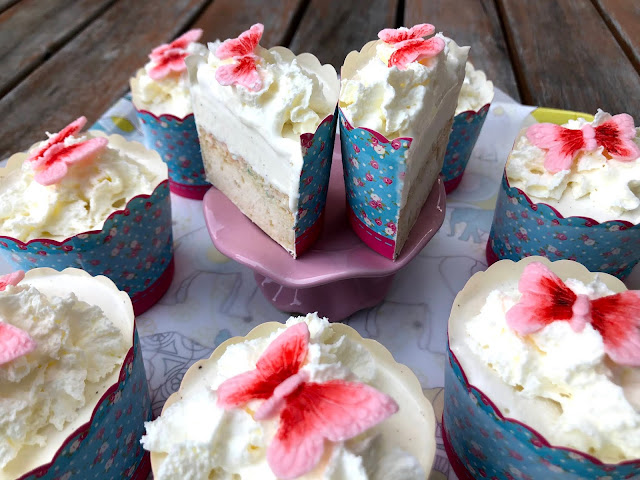 If you can, use paper cupcake liners since they are stiff and will make filling them a lot easier.

Fill the cupcake liners about a quarter full before baking them. Once they are done and cooled, freeze them. Make the rice krispie treats and cut them out into thin rounds that would fit into the cupcake liners. I added rainbow sprinkles to my rice krispie treats for a fun. The rice krispie layer was probably about 1/2 cm thick. Because they were already sticky, I just pressed them onto my frozen cupcakes. Next layer was the vanilla ice cream. I decided to use Tillamook vanilla bean ice cream, instead of making my own. There was an ice cream sale and frankly, the already made ice cream was cheaper than all the heavy whipping cream I would need to purchase to make fresh ice cream. Tillamook is pretty good ice cream too so it was an easy decision. I pretty much filled the rest of the cupcake liner with ice cream. Then store all the cupcakes in the freezer. 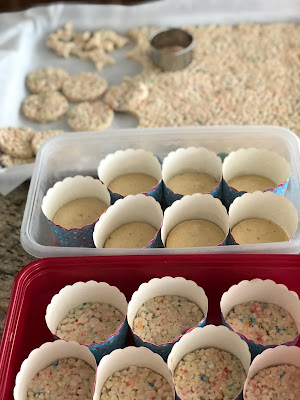 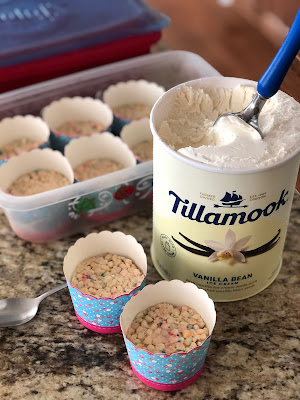 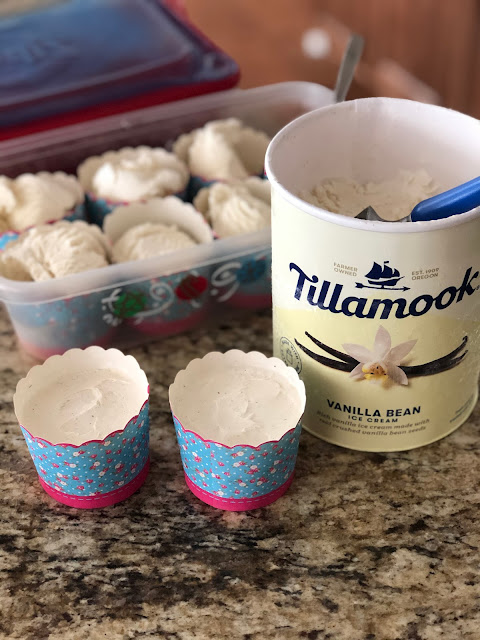 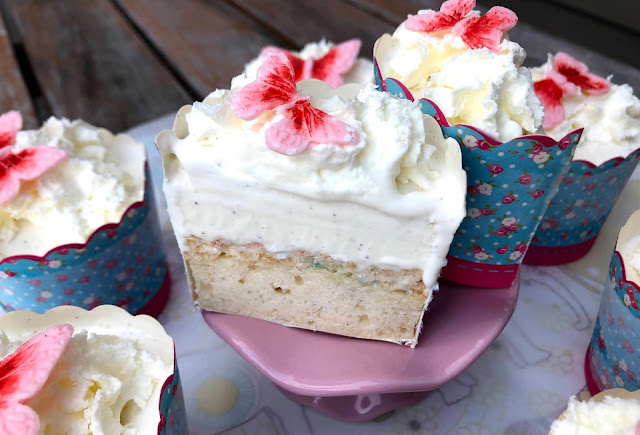 For decoration, I made strawberry flavored fondant butterflies. I painted them with a red ombre effect and placed them in the fridge to harden up. When it was time to serve the ice cream cupcakes, I added some whipped cream to the top and then placed on a butterfly. I didn't have to do much more since the cupcake liners I used were floral and were already cute with the butterfly on top. The cake, rice krispie treat, and ice cream were all in the right proportions for this dessert. It was truly a vanilla dream dessert!