I found a recipe that was recommended for a super strong gingerbread house and it even came with a template - yay! It was perfect because there was no way I was going to make extra pieces of everything in case something broke. In order to make two small houses and one big house, I multiplied the recipe by one and a half. It was more than enough dough so we made trees and gingerbread men for the scene as well. Then the unexpected happened and we burned like four sides of the house. My 12yo rolled the dough too thin and it burned. I could have saved them if I took those pieces out earlier but I was still rolling dough and lost track of time. In fact, the roof burned a bit too but I figured it was still usable. The plan was to throw the roof away when it came time to eating. So we almost ran out of dough in the end!

I wanted to add more pieces to our village so we also baked lemon sugar cookies. In my mind the gingerbread wasn't going to taste very good so I wanted something that was going to be delicious. Lol. I decided to make more trees, snowmen and a sign. We would of had more pieces but so many cookies did not turn out. Building 3D trees and snowmen were harder than I thought! And the gingerbread homes were tricky too. Although I'm proud of what we ended up creating, I don't think I would want to make this again. At least not homes, maybe something else smaller in gingerbread form. 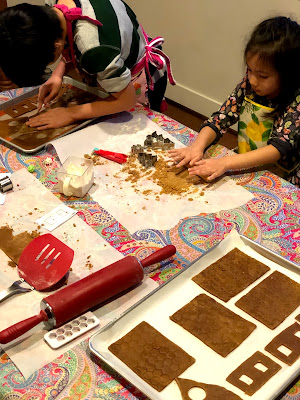 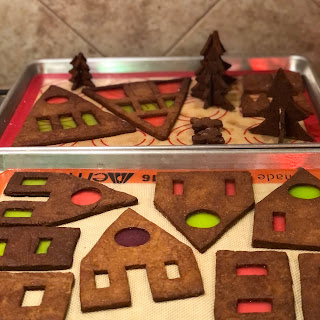 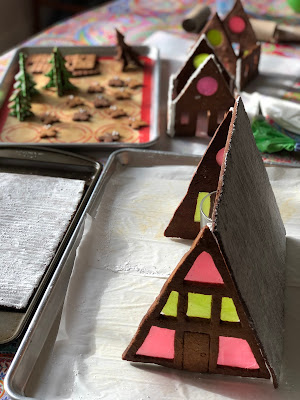 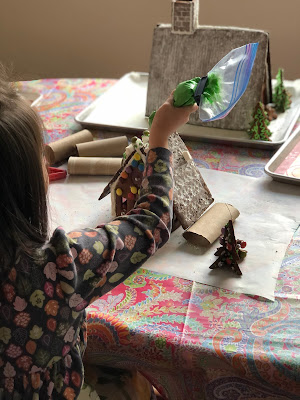 The kids had a small house each to do and decorate. I had to help them a lot though because it was tricky and they were impatient. Once the house was assembled and solid, they easily took over the decorating part. I designed and built my own home, an A-frame cabin. It's similar to the one we stayed in when we went hiking in the mountains with my parents. We used crushed sugar free jolly rancher candies for the coloured windows. They worked so well that I ended up using them for some of my ornament sugar cookies.

The gingerbread village we created took two days, maybe three days if you count the lemon sugar cookies we added as well. We worked on and off for three days and I was exhausted. I probably could have done it in half the time or quicker if it was just me. The kids made such a mess! Ugh. I think the clean up might have taken more time than the actual building. But I hope the kids had fun so that it would be worth all my effort. The feedback I got was that they just like the decorating and eating part. Ha! It was so much work that the bulk of our Christmas photos this year were of the gingerbread homes. Lol. Normally, I would have wanted to make a cake or special dessert for Christmas too but I was so tired. Seriously.

I may not like to eat gingerbread but the dark coloured gingerbread homes looked beautiful when they were assembled and decorated. It definitely wouldn't look the same with ordinary sugar cookies. We made different impressions on the rooftops before dusting them with icing sugar and I absolutely loved the look of them! Our family and friends loved it. It was so much fun to craft this project:) 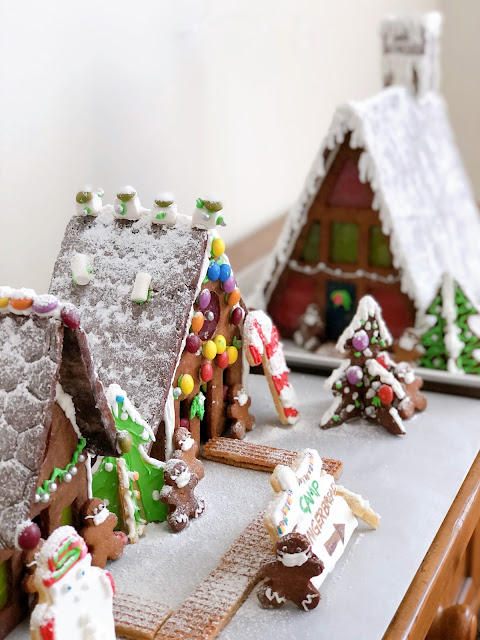 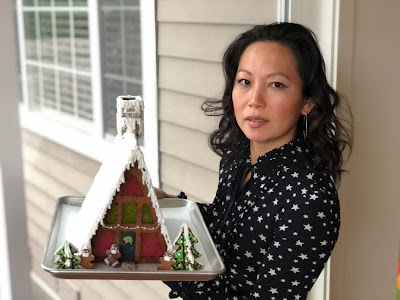 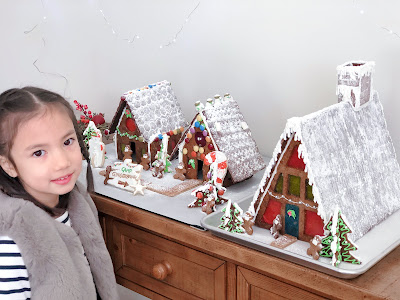 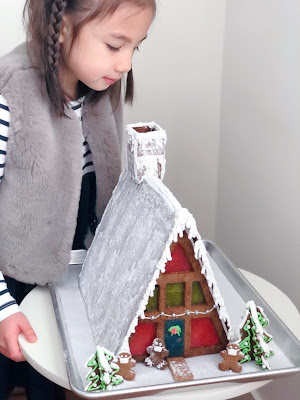