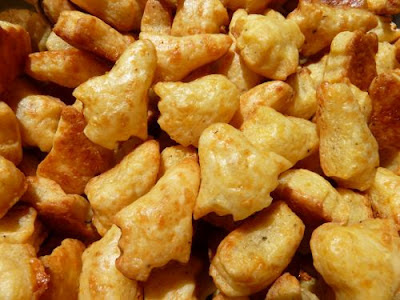 My son likes to eat cheese crackers like the ones shaped like goldfish that you can buy. We have only bought it a few times for him since they don't seem very healthy to me. We tried a healthier version which were shaped as bunnies. They were better but were kind of expensive too. Ha ha! I'm complaining about it being expensive but making your own can get expensive too. When we were in Portland this past Spring, we visited the Tillamook Cheese factory and hoarded a ton of cheddar cheese back to Canada. Tillamook cheese is good! But cheese as you know is not cheap.

There are actually a lot of recipes out there to make your own cheese crackers. It consists of mainly flour, butter, and cheese. There are a few advantages to making your own and you can decide whether or not it is worth your time and energy. Here are some of the advantages I can think of:
My husband is a space geek. My son will likely be one in the future. Last week I told my 3.5 year old son that I would make him rocket ship crackers. His eyes lit up. He loves cheese crackers and he loves rocket ships :) Space geek or not, who doesn't like rocket ships? 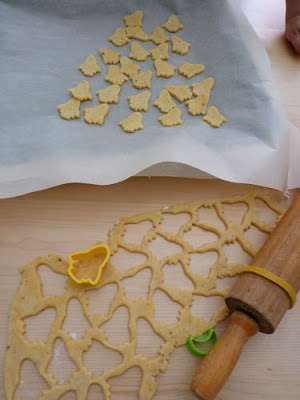 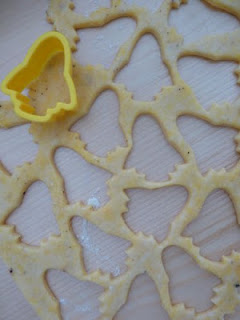 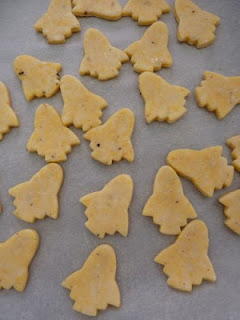 Phew! It was a bit more work than I expected since the crackers were so small. They puffed so much when they were baked and my cookie sheets tilted in the oven so a lot of the crackers lost their shape. Boo:( I can now see why a lot of people bake with simple shapes like squares and triangles. 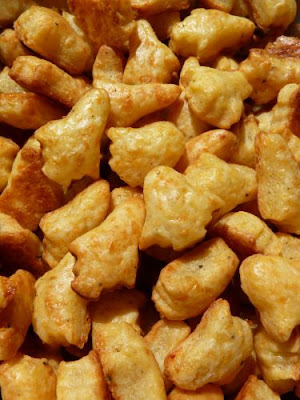 There were skinny rocket ships, fat rocket ships, skewed rocket ships, and quite a few unidentifiable space objects. Lol. My 3.5 year old still loved them all the same. He couldn't get enough of them! The perfectionist in me was slightly disappointed but they sure did taste great. I love the peppery taste of them as well. Next time I might try simpler shapes but I wouldn't change a thing in the recipe :)

Mix all of the above, except the water, in a large mixing bowl. Add the water bit my bit and mix. Knead inside the bowl for a few minutes until it resembles dough. Wrap and refrigerate for a few hours or overnight.

Preheat your oven to 400 F. Roll out the dough on a floured surface and cut into your desired shapes. Use rolling pin elastic rings if you have them. This will ensure all the cut pieces are the same thickness and will cook about the same time. Bake close to the top rack for about 12 minutes, rotating halfway. If your crackers are larger, you may need to bake longer.
Labels: appetizer cheese