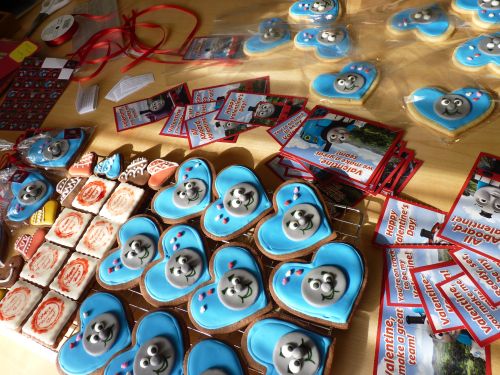 I can clearly remember the first Valentine's Day when my son was at daycare. Everyone got sent home with a class list with names of all the kids and teachers. I remember looking at that and asking my husband, what is this? We were first time parents and it was a big surprise to us. I told him that Valentines is coming up so I'm assuming it's customary for all the kids to give each other Valentine cards. I haven't bought or received a Valentine card from a friend since Grade school. My husband in French and they don't do Valentines in France. He thought and still thinks Valentines is ridiculous.

For the first year my son was at daycare for Valentines, I went out and bought Valentine cards and gave them out. We quickly discovered that not only do people give out cards, but they also give out gifts. Lots of gifts! So we looked like the lame parents who only gave out cards :( Like many other new parents, I learned and then joined in on the crazy Valentine gifts. Since I was also learning how to bake sweets like cookies, I decided to make it "my thing" and make cookies to match the Valentine cards for every Valentines Day. 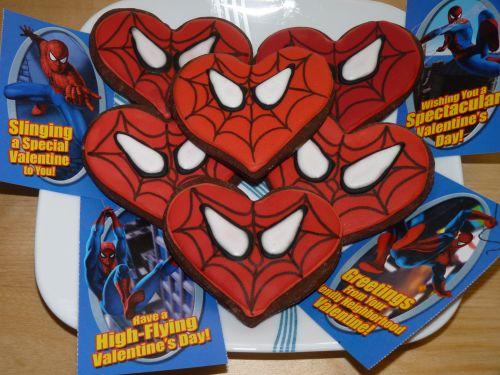 Last year, I made Spiderman heart cookies to accompany the Spiderman cards for all the kids at daycare. I thought it was the coolest thing. All the teachers got red velvet cupcakes. I knew those gifts would be hard to top so this year I had to work harder. I also had a more difficult theme to work with. Thomas the Train! Choo-choo!

I drew up a few designs and settled on one that involved fondant for the 3D effect. I also figured that I could get something more circular and more consistent in size if I just cut it out of fondant. I made eyes beforehand using royal icing. Even though I used a heart-shaped cookie cutter, it didn't feel much like Valentines so I decided to add a few heart sprinkles. Initially, I thought I could put the hearts near the top so that it would look like Thomas was steaming hearts instead of well, steam. Then I figured no one would get that so I just put them in random areas to hide flaws in the icing. Lol. I think my favorite combo is the one with three hearts cluttered on one side. It makes it look like Thomas is in LOVE :) 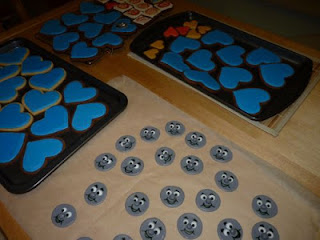 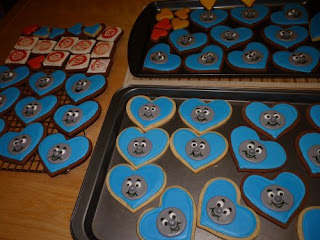 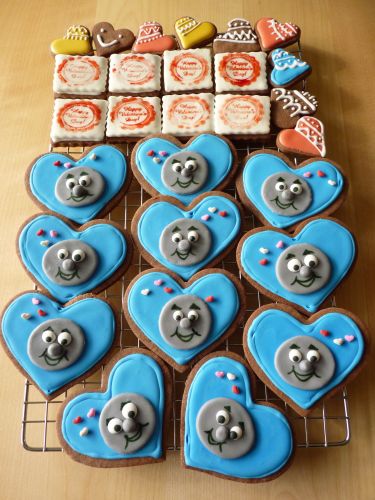 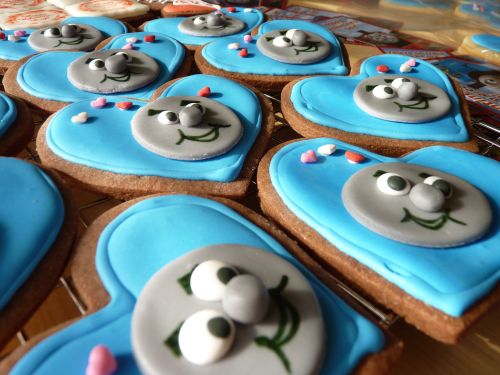 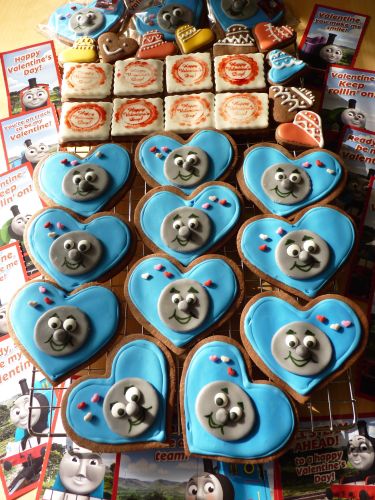 I'm quite happy with the end results. I tried a different chocolate sugar cookie this year and I have to say it's the best recipe so far. Also food coloring pens work so much better on fondant compared to hard royal icing. Was easy and looks great!

So there you have it. I survived another Valentine's at daycare :) Do you think I'm living up to my reputation as Supermom at daycare? I'm totally not but now I feel like it's expected of me to deliver. Sigh. 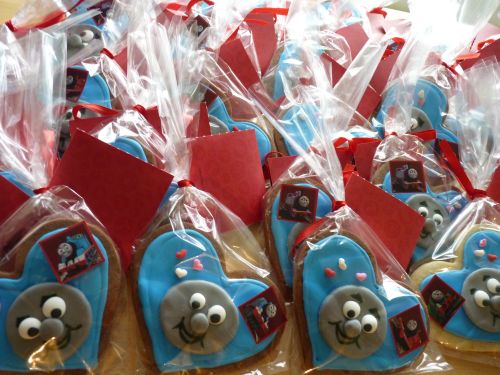 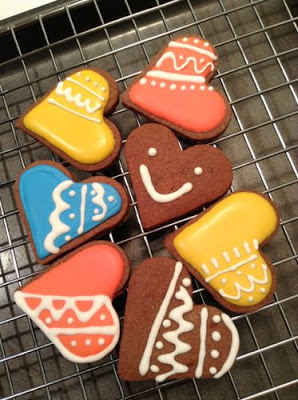