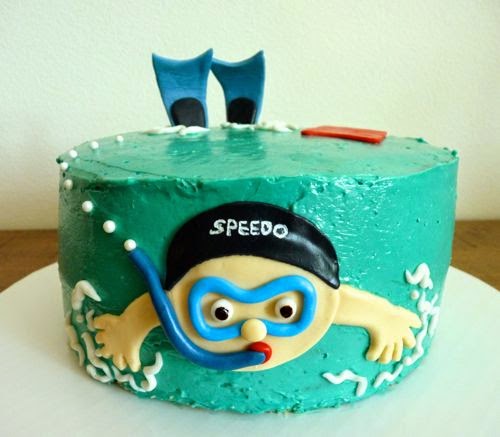 I saw this adorable swimming cake on Pinterest a few months ago and I just had to pin it for an excuse to make it one day. I don't plan to have a swimming birthday party for my son or anything like that. Besides, he's a Fall baby and swimming is probably one of the last things on people's mind when it's cold out. He does take swimming lessons and when he finally passed a difficult level, that day came for me to make the cake :)

My 5 year old started taking swimming lessons when he turned 5. Compared to a lot of the other kids I know, that is late to be starting swimming lessons! I take full blame for that since there was never a convenient pool in our neighborhood we could walk to. Now, things are different. We live by a pool we can easily drive to in 4 minutes. I take him to swim classes once a week for just 30 minutes. Unfortunately our pool doesn't offer and apparently doesn't believe every day classes are good for the kids. I think having to go to swim classes every day is a bit much for me personally so I'm not complaining :) Especially because my 5 year old is doing so well with just 30 minutes a week. It's a win and win for both of us! He went from Level 1 to Level 4 classes in just 10 months. He is pretty much at the same level now as many of the other kids I hear about who started when they were babies. I'm beyond pleased because I always thought he was behind by a lot. 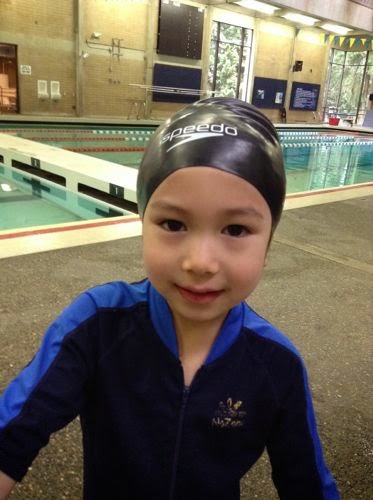 The Level 3 swimming class was a bit tough for my 5 year old to pass. I think it had to do with his teacher more than anything. She was really tough on the kids. It was only when a substitute teacher wrote down that he should be seriously tested that she ended up passing him the very next class. Because of all this, I decided it was time to make that swimming cake when he passed a couple of weeks ago. The cake wasn't as nice as the original one I saw but I was still happy with how it turned out. These days I haven't been in any mood to bake so it was nice to see that I still could. Lol. 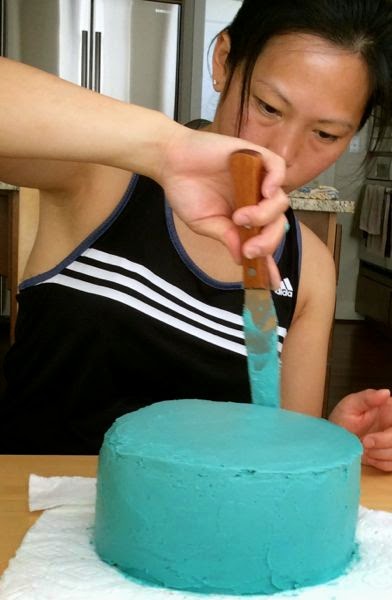 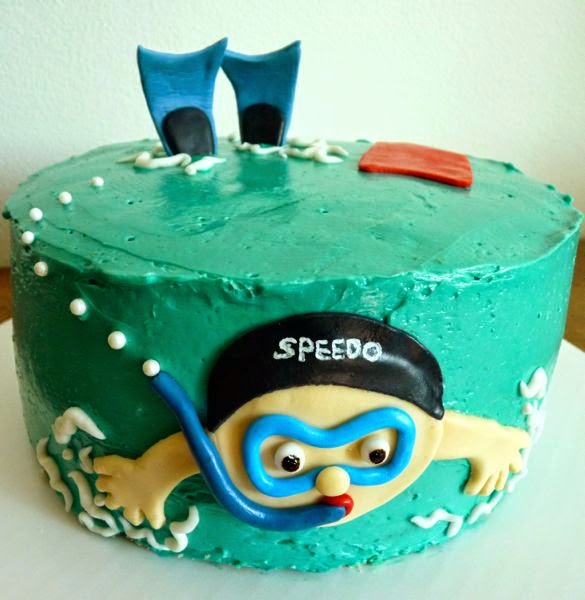 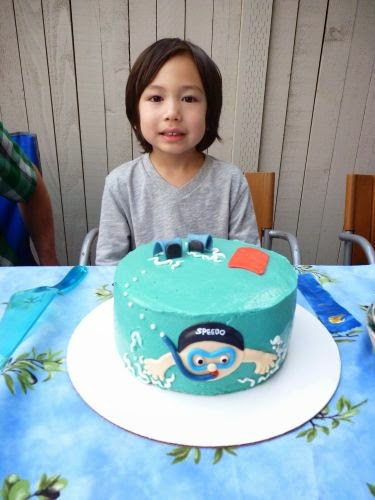 I'm so proud of my boy! For all those parents out there that are worried about getting their babies and kids in the pool as soon as possible, maybe my story can take a little pressure off of you. I felt a bit embarrassed for not starting lessons earlier but I wasn't ever really worried. I knew that my boy loved being in the water and he loved to swim with a lifesaver around him. We brought him to the pool for fun a few times and we played in the ocean in Hawaii a lot every time we visited. The important thing was that he loved being in water and he always had positive experiences when it came to swimming. I think that really helped him.

When he started swim classes, he was always one of the bigger, if not the biggest kid since he was 5 years old. The good thing was that he was old enough to actually listen well and follow instructions. His maturity allowed him to progress quicker than the younger kids. If you don't progress and get better, then what is the point of lessons? We have to pay for them after all. Now with an evening swim time, he is placed alongside bigger school kids, which is terrific for him. I think he will do even better as a result. He only had three classes so far in Level 4 but I can already see a big leap in confidence and improved skills. As a bonus, one of the kids in his class used to go to daycare with him! This whole experience taking him to swim classes has made me want to take lessons for myself. I never took lessons before and although I can swim a bit, I cannot swim very far and I have no technique at all. Haha.
Labels: cake theme cake