Ways to Get Cheaper Coffee for Your Nespresso Machine

Are you getting tired of paying a premium for your Nespresso coffee? It's delicious coffee but if you are a heavy drinker, it can get quite expensive. I was actually pretty surprised when I placed my first order of coffee. The machines themselves are fairly cheap these days. The coffee from Nespresso, is not. That's really where they make their money. It turns out there are ways you can save on coffee for your Nespresso machine. 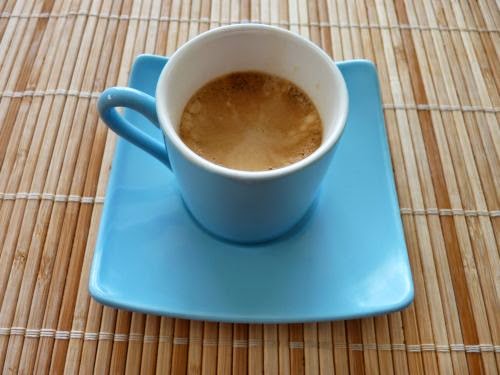 Nespresso capsules start at $0.65 a capsule. Alternative brands can be as cheap as $0.40 a capsule. I had no idea there were other options until a few months ago. I started reading articles about other brands trying to get in but I didn't know some of them already existed. I'm surprised it took this long really. Nespresso probably had something to do with that though.

There are probably a handful of other options now but don't expect them to be the same as Nespresso. I'm more concerned about the capsules being compatible with my machine, more than anything else. From what I have read, a lot of the negative reviews from people who have used alternative capsules, seem to complain about the incompatibility of the capsules with their machines. Some capsules have even broken machines! Ouch.

Some of the different brands I have come across in my research include HiLine Coffee, Coffee Capsule Delight, Cafe Vergnano, Bicafe Capsules, and Spresso Luxe. They apparently sell Spresso Luxe at Walmart and Costco and they seem to be the most affordable at $0.40 a capsule. The reviews for Spresso Luxe are not great though. People complained the coffee was weak and they also complained about the material on the capsule and the compatibility with their machines. The most popular alternative brand is probably HiLine Coffee.

Thanks to my Nespresso post about latte art, I was contacted by a HiLine Coffee representative who offered me a few free samples. I checked out their website and I was intrigued. I was definitely interested in trying out some of their coffee. I would have paid for an assorted pack of what they had to offer just to check them out. It was so nice of them to send me a couple of packs :) 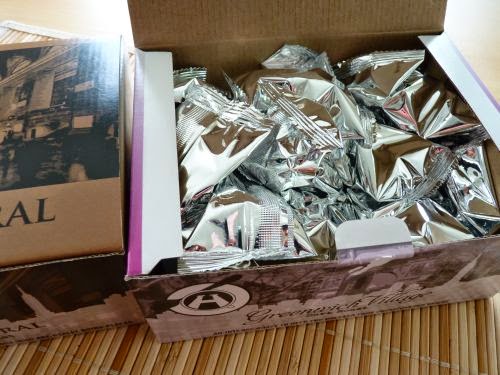 I have been drinking HiLine coffee on and off for awhile now. I some times have Nespresso coffee and some times I have HiLine. My first impression was that it was tasty and very similar to Nespresso coffee! It was a bit harder to fit the capsule in the first few times and I had to apply a bit more pressure to close it but besides that, I would say it's compatible with my Pixie machine. The coffee was strong, just like Nespresso, and it tasted great too.

Side by side, there were obvious design and packaging differences. Nespresso definitely has done a remarkable job with their branding and presentation. I always loved how Nespresso capsules looked. They really are luxurious capsules and and judging by its cover, you would only expect high end coffee inside. The flavor of coffee is labeled on top of each capsule, which I find very useful. In comparison, HiLine Coffee looks rather dull. Every capsule pretty much looks the same and unless you keep the box out all the time, you will not be able to identify the coffee you are drinking. It's much more important for Nespresso to label their individual capsules since they have a gazillion options to choose from. HiLine Coffee only currently have a handful of flavors.

HiLine Coffee starts at $0.45 a capsule, but only one of the varieties cost that much. Most capsules are $0.50 and $0.55. Basically, you save $0.15 every time you drink a HiLine Coffee. If you don't care about the aesthetics of the packaging and labeling, HiLine Coffee is definitely worth trying. Just make sure your machine is compatible with their coffee before you order ;) Also, if you go to their site for the first time using your browser, you could enter your email to join their mailing list and receive 10% off your next order.

Besides buying a different brand of coffee for your Nespresso machine, you could also try out those fill your own capsules they are selling everywhere. There are quite a few on Amazon. Just search for "Nespresso capsules refillable." You buy the empty capsules and you fill it yourself with your favorite espresso grind. I haven't tried this yet but I would be interested in doing so one day. The disposable ones seem to be pretty good but the refillable ones have mixed reviews. I'm waiting for a good refillable option to be available. I can see how creating one of those may be challenging though.

Last but not least, you could save on Nespresso capsules by buying them directly in France, when you are there. Or possibly in any Nespresso shop in Europe. We visited a couple of those beautiful Nespresso stores in France and ended up buying some from the shop on the Champs-Élysées. My husband told me I was nuts since it was more stuff to bring back and that they may get damaged on the travel back. I told him that they were like half the price compared to the US! Capsules were 0.35 Euros. And the US and Euro exchange rate was definitely not 50%. Okay, so maybe it was not half price but we did save quite a bit of money :)
Labels: coffee