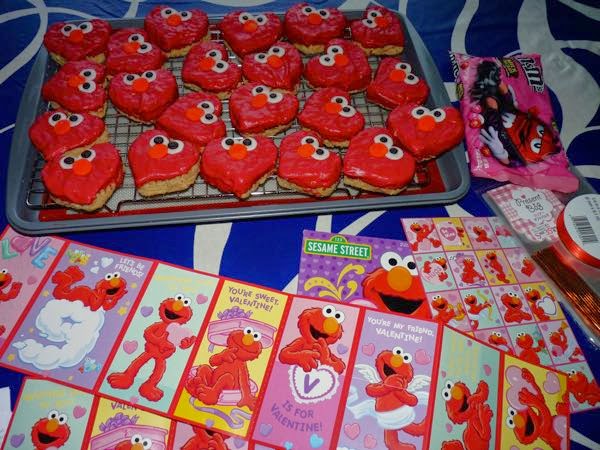 I wasn't going to do it but then in the end I did. I made custom treats to accompany the Elmo Valentine cards my 6 year old gave out in class. Why can't I stop?

A few years ago, when we were back in Canada, I started doing treats that matched the Valentine cards my son gave out. I started with Spiderman heart cookies for the spiderman cards. Then it was Thomas the Train heart cookies with Thomas and Friends cards. They were all adorable but so much work. At our old daycare, the parents were a bit crazy. Valentines was a big deal and there were so many gifts and treats every year to bring home. I decided to join in on some of that craziness and make custom treats for Valentines. At daycare, the other moms called me "supermom." Oops.

When we moved to the USA, I didn't do anything the first year. Partly because there weren't many kids at my son's daycare and they weren't celebrating Valentines there. This was my chance to start over and not let my craziness get the best of me. Then when my son entered Kindergarten last September, I signed up to be a Room Parent. Big mistake. My intentions were to contribute ideas here and there and maybe offer to make a treat. When no one was interested in taking the lead to plan the school parties or when they wanted to just buy most of the food, I pretty much took over. I wanted to make sure the kids had a great time, ate well, and I wanted us to do everything under budget. I ended up making and donating a lot of treats just to save us money. Unlike in Canada, here we actually ask parents for money for school parties. We ask for $10 per child for three school parties and a year end teacher's gift. Normally, you'll get about half the parents who will contribute. Which isn't a lot. But I recently learned that half the kids at my son's school actually live in poverty. Poverty! It's hard to believe. Now that I know this, it makes me want to do even more for these kids.

So I decided to go ahead and make custom treats for the Elmo Valentine cards. Instead of sugar cookies, I decided to make rice krispies. Something different and something a little easier :) I also went with a minimalist look. I thought it looked cool, plus I'm lazy these days! I used red candy melt and only covered the front of the heart. This way it wouldn't be too sweet and I also wanted the kids to see the rice krispie treat on the other side. I used homemade marshmallow fondant for the white eyeballs and orange noses. For the pupils I just rolled little balls out of chocolate satin ice fondant. The fondant was sticky enough so I just had to press everything in place. 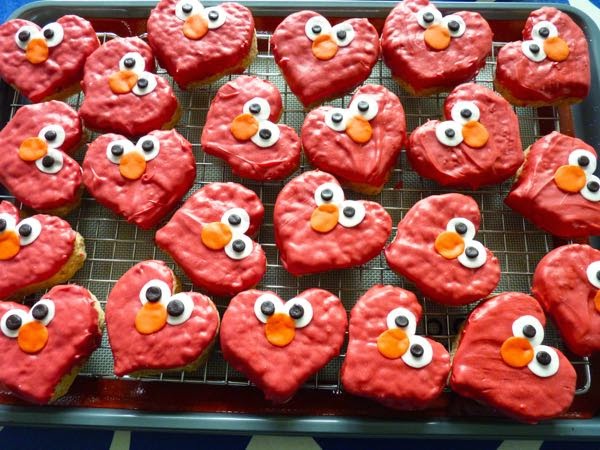 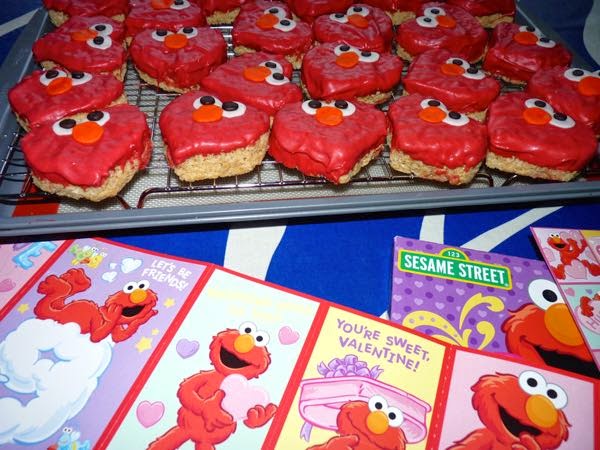 For the packaging, I added 1 tablespoon of Valentines M&Ms to each bag, then I added the rice krispie, then I inserted an ingredient list for the parents. Then I tied it up in red ribbon and attached the Elmo Valentine card that my 6 year old filled out. I did all this 21 times. Omg. 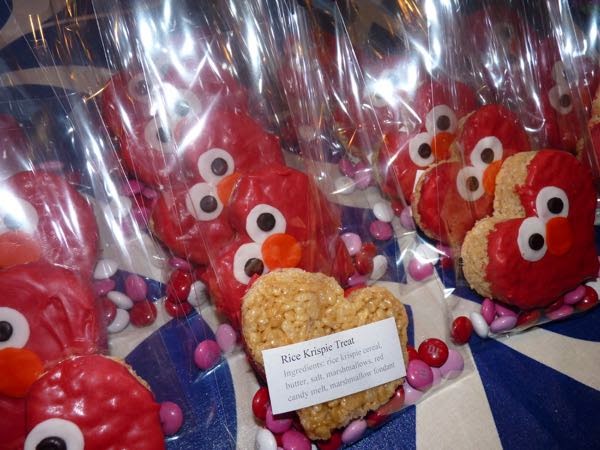 I wish I could say that was all I did. However, I offered to bake all the cookies and make the icing for the kids to decorate in class. This time around, I decided to make Swig Sugar Cookies. I actually really like them. You eat them cold with room temperature icing. Since it's best iced just before eating, I thought it would be perfect for the kids to do themselves. They don't keep their shape like regular sugar cookies so I kept them round and gave them all a stamp to read "LOVE" for Valentines. The kids decorated them with white and pink icing and Valentines assortment of sprinkles and candies.

I bought lemonade juice boxes and strawberries for the party. The strawberries were easy to turn into hearts and seemed perfect for Valentines. Another mom brought some heart shaped watermelon kebabs, which were adorable. It's always good to have more fruit! And what goes well with all this? Something chocolatey perhaps? What's Valentine's without some chocolate, right? So I made chocolate cupcakes with vanilla swiss meringue buttercream so I could use colors with them. For school, I brought 40 mini cupcakes in the colors cream, rose, and lavender. Topped with some Valentines assortment of sprinkles, of course. 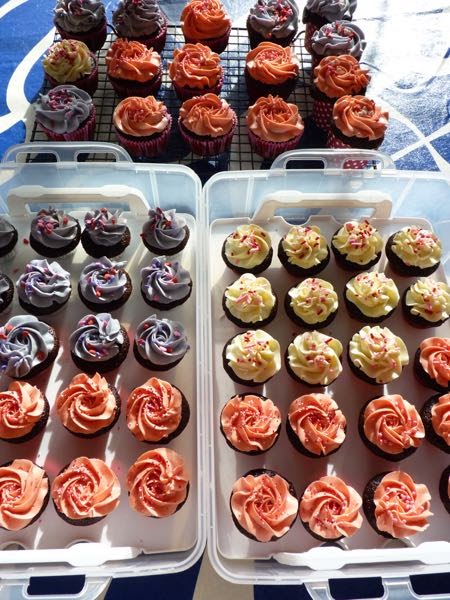 Compared to our Halloween party, this Valentine's party was actually quite a breeze. Once again, the kids had a blast. We did way too much at Halloween. I mean, I did way too much. Lol. This time we just did two stations. One for cookie decorating and snacking, and the other for a cool Valentine's craft. My other Room Parent picked the Handprint Heart Tree craft from my list of ideas so we both worked together to prepare for that craft. The kids wouldn't be able to do the hearts so we had to prep them before the party. I swear I stapled around 300 hearts. It only took a few hours one night. I even got my husband to do like 20 of them. Lol. What we moms do for our children, am I right?! No, seriously this party was a breeze. It took twice as much time with the Halloween party. The teacher even told me that that party was the busiest they had ever been and she had a nightmare about it before the party. And I blushed. It was a lot of work but everything went smoothly and the kids were all very excited. Hey, I'm a Room Parent newbie. I'm still learning. 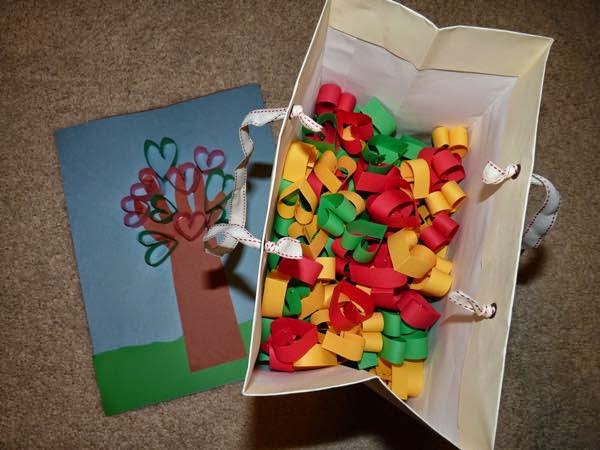