Underwater Birthday Party at the Lake 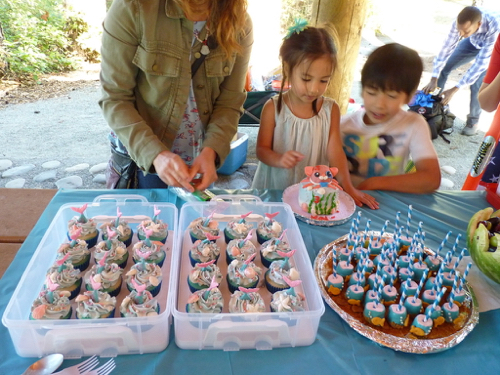 My daughter turned 3 years old this past Sunday. We threw her an underwater-theme party and decided to hold it at our favorite local lake here. This was the first time we had a party outside our home. It was a great fit for the kind of party I wanted but I was stressed about having to transport all our food and supplies there. In our tiny car too. I had to really cut back on the food and what I could make. I remember having to transport a large cake to a park once for my sister and it was terrifying. I knew I couldn't do that again. So I went with cupcakes instead. Then I made a mini cake at the last minute because the thought of having my daughter blow out 3 candles on a tiny cupcake kind of broke my heart. I know. It's just me. 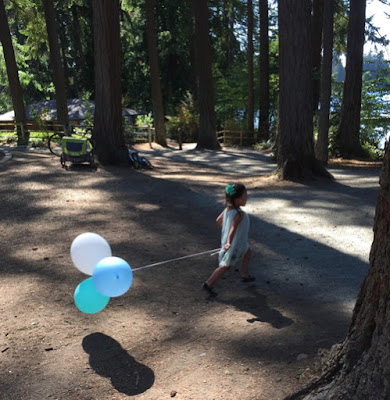 The great thing about hosting a party outside of the home is that we could invite more people, but at the same time, we could not make and bring as much food. But the entertainment and decorations were not necessary because we had the playground, soccer fields, basketball court, and the lake itself to swim in. That was a big plus. But this party was so stressful to plan and execute because I only had two days to actually prepare for it. I was also stressed at the fact that I didn't reserve any picnic shelters and I was hoping to just snatch a couple of tables on the day of the party. The only picnic tables you could reserve accommodated too many people and I am sure I would have had to reserve it months in advance. The plan was to hold it at the lake only if the weather was good enough. Our house was the backup plan in case of rain. The final decision to go to the lake was made only a few days prior to the party. But it all worked out! Thanks to the cooler weather, we arrived early and got a choice of some great tables. So happy! We did bring a foldable table along, just in case as well. We never used it though.

In the two days I had to prepare for the party, I made goldfish marshmallow pops using strawberry marshmallows (the entire bag!), all the decorations from scratch that went on the cupcakes and then 36 cupcakes and one mini cake, tuna and mock tuna mixes for my croissant sandwiches, a fruit display out of a carved watermelon and bananas, and prepared loot bags. Everything else was bought just to help simplify my life a bit. We had cheese balls (aka beach balls), rainbow licorice (aka pool noodles) and snack bags of goldfish/potato chips (aka fish & chips), and we served some tropical juices like pineapple juice and orange juice. I even bought spinach/artichoke/parmesan dip from Costco and included a small selection of fresh veggies. Shortcuts saved me! Seriously, this is not like me but I knew if I didn't plan carefully, the party would have blown up in my face. I'm a better organizer than that at least. I know my limits. And if you see our car, you would understand. 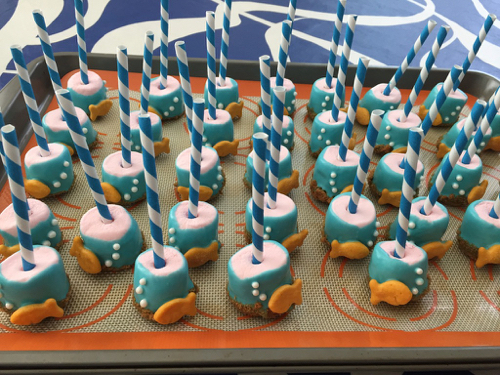 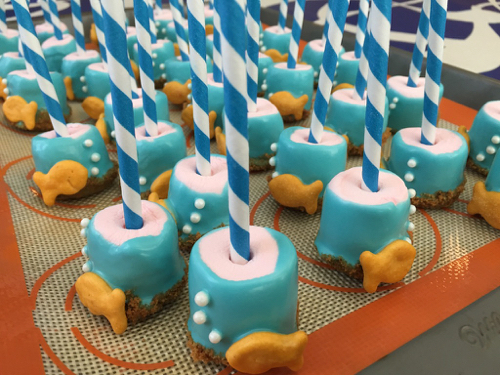 It's too bad the weather wasn't warmer but that didn't stop the kids from playing in the lake afterwards. They are so brave. So we did everything I was hoping we could do and the kids all had a good time. I was really happy with how my cupcakes turned out. They looked magical and whimsical and very pretty. My daughter is into the Octonauts right now so I put Professor Inkling on top of her mini cake. When she saw it she was able to identify him right away! No complaints about the size of the cake either. Small cakes are 10 times easier to do than big cakes. And a cinch to transport. Lol. 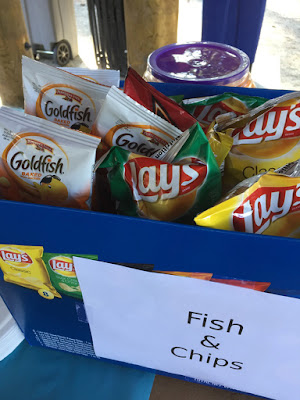 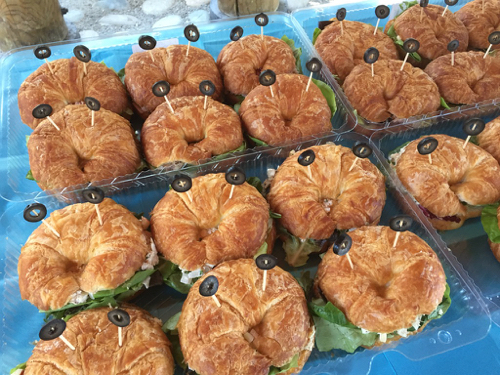 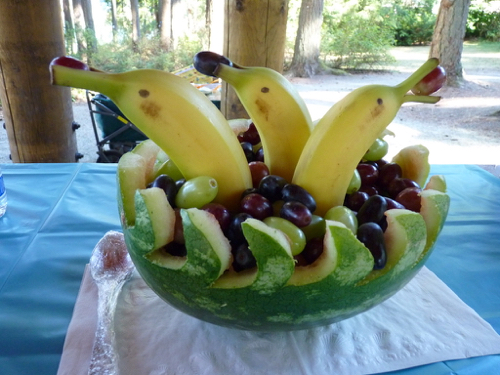 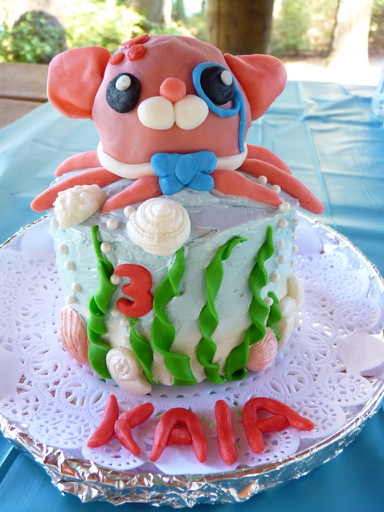 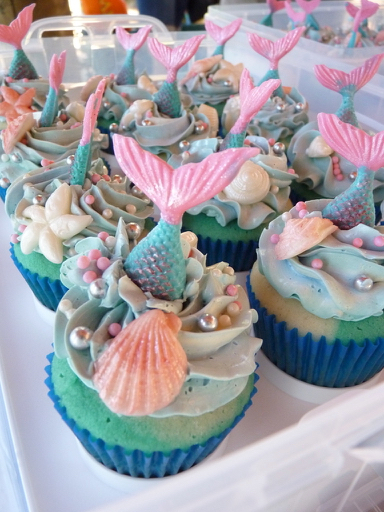 I didn't photograph our loot bags but they were basically stuff we bought and put together. There were goldfish crackers, assorted colored licorice, Scandinavian swimmer gummies, marine erasers, and underwater stickers. Finally, we all wore colors and clothes that matched the underwater party theme. The birthday girl and her Papa matched with color, my son wore a blue shark tee and I wore my gold fish tank. I think only one guest noticed.

We are lucky that our daughter is a late summer baby and that we could bring our party outside. I remember being jealous of all the summer babies because they would always have free parks to hold their birthdays at. My son, husband and I are late fall and winter babies. Now that we have had our first outside party, I think we could do it again in the future. 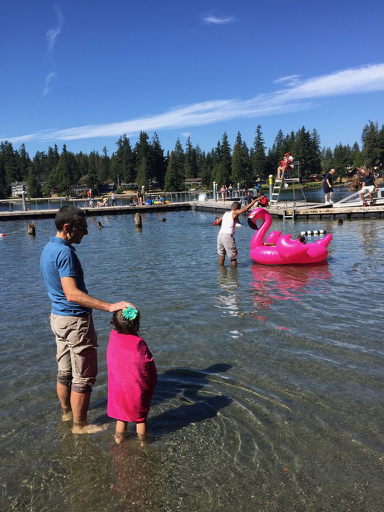