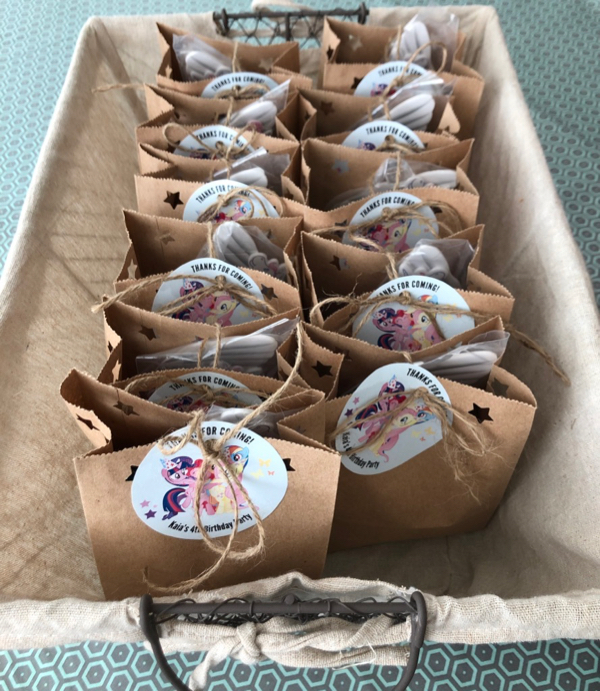 My daughter is into My Little Pony right now and since I wanted to do a unicorn cake, I combined the two themes into one. But it all worked out well since unicorns do exist in My Little Pony! :)

I had particular fun coming up with the loot bags. I anticipated girls and boys between the ages of 1 years old to 12 years old at the party so I wanted something that everyone would like. That was hard. Food was a no brainer. The boys may not care for the theme but give them an edible unicorn treat and they will happily eat it. But I didn't want everything to be food so I searched and searched and eventually found a toy that would appeal to both girls and boys. A unicorn glider! A unicorn toy? But this one assembles and flies like an airplane! Score. 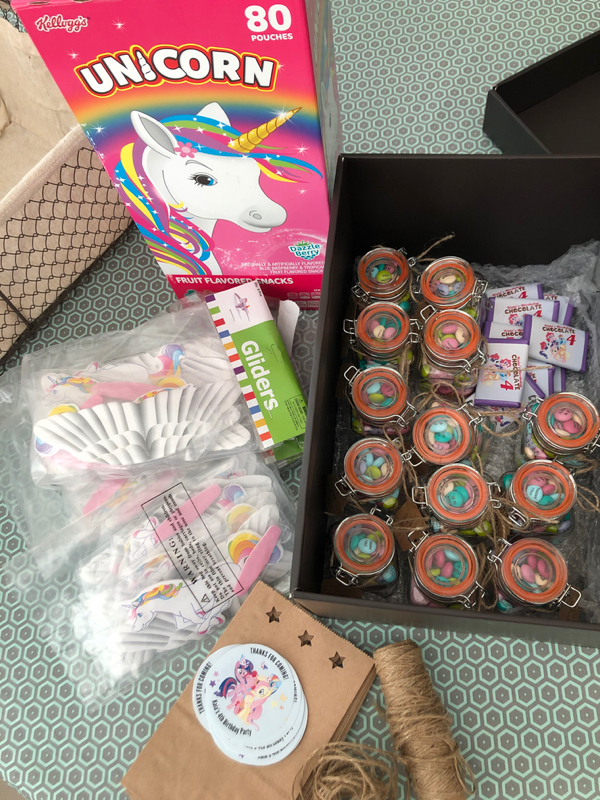 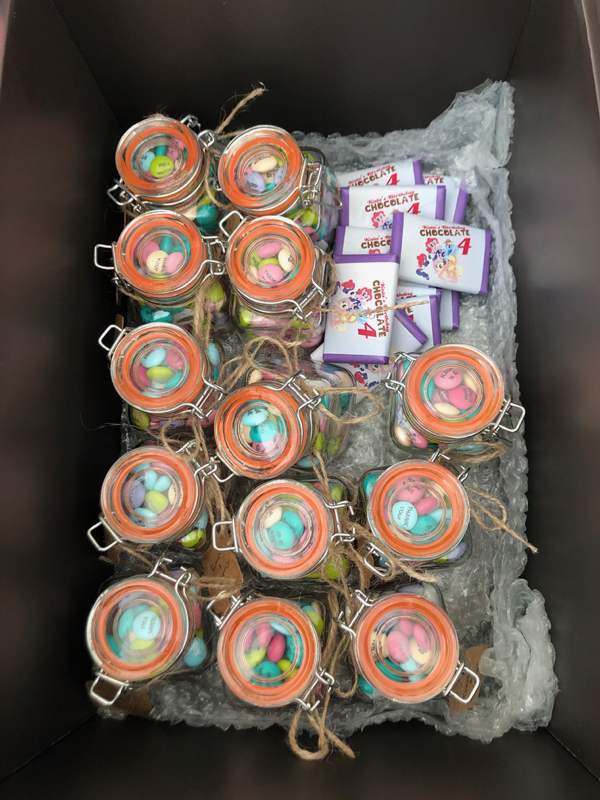 My main loot bag item was my little jar of treats. We purchased personalized M&M's back when we went to Vegas for my daughter's birthday and they turned out to be more or less the color theme for the party. Back then I didn't know what kind of party we would have. I didn't have enough of them so I had to fill the jars with part jelly beans, taffy and M&M's. But it worked out well since the kids could enjoy different candies. The jar themselves would have been enough and that was my original plan. Plus, the families could reuse the jars for things like spices after the candies were consumed. But then we saw unicorn gummies at Costco. My husband convinced me to just get them since they were really cute and didn't cost that much. Ok. But now, I needed bags for the loot. Doh. 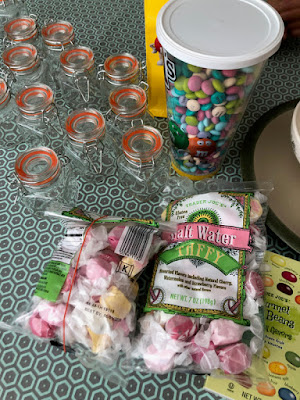 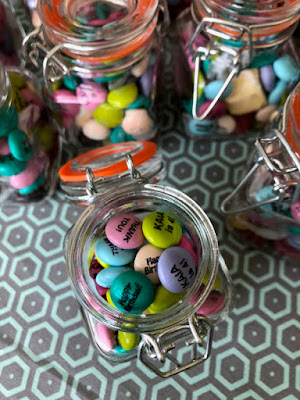 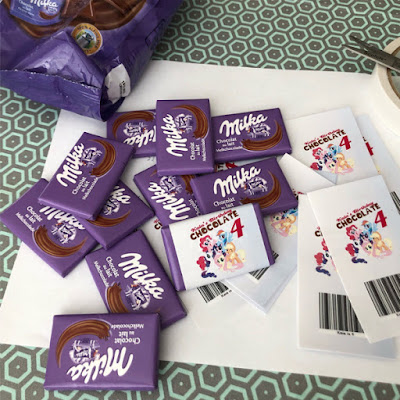 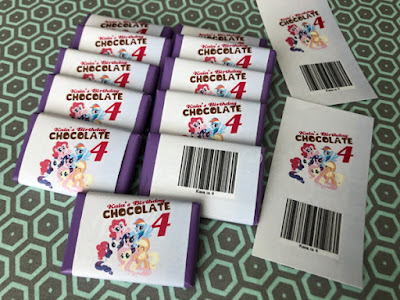 In the end, I went with the jar of treats, unicorn gummies, a French mini Milka chocolate bar covered in a custom label (of course!), and the unicorn glider. I used mini kraft bags, punched some star holes and made a label to attach with twine. It was so cute! I would have loved to receive one of these at a birthday party. Swoon. I don't always write about loot bags but this one was a bit of a challenge to design so I thought I would share my ideas. Hope it helps you! 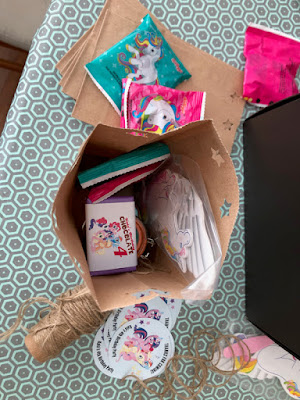