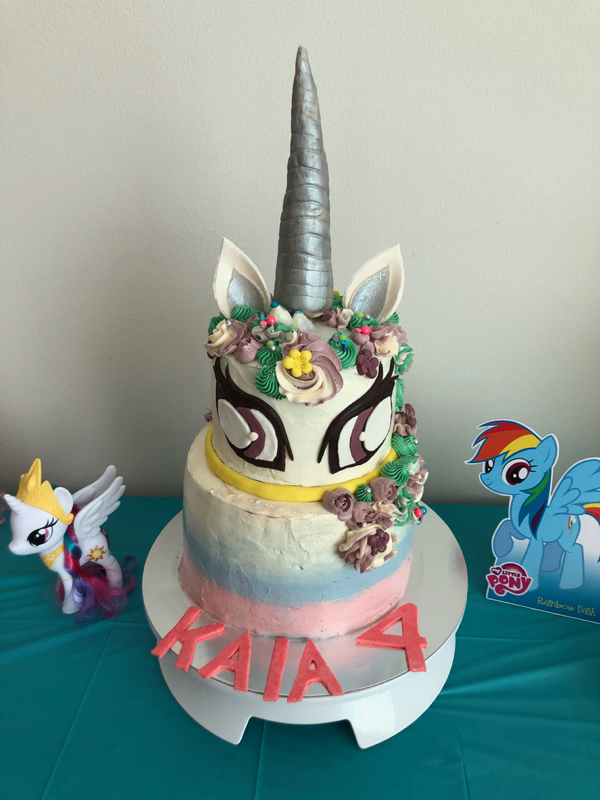 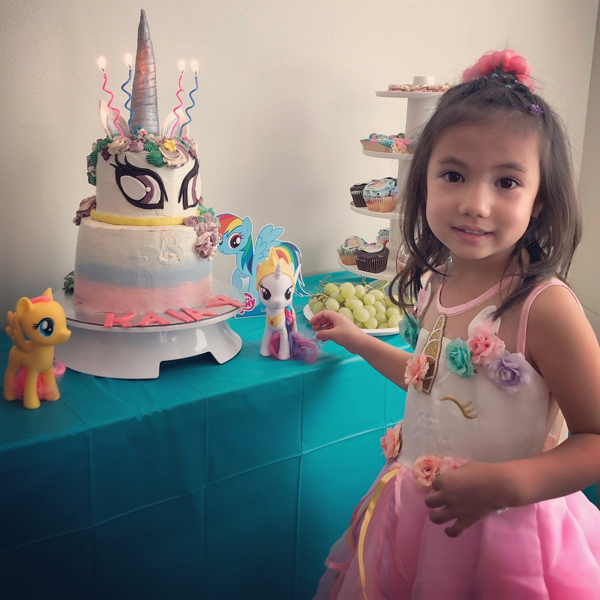 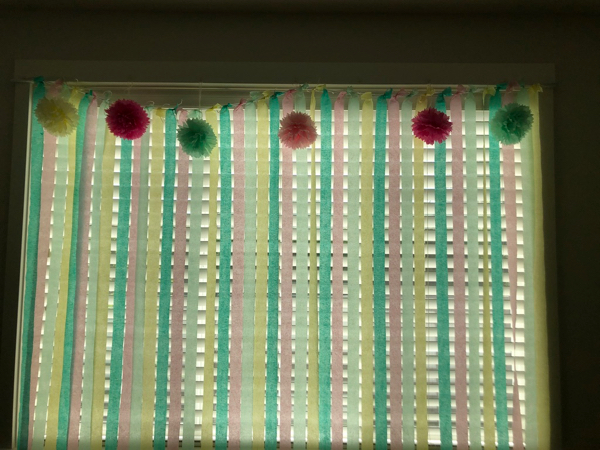 I created decorations for the house in the colors from Princess Celestia and then made labels using all the main characters from My Little Pony, including one with Fluttershy in the middle as the star. We also displayed all the ponies around the table and in the house. It was enough and people got the picture. Lol. 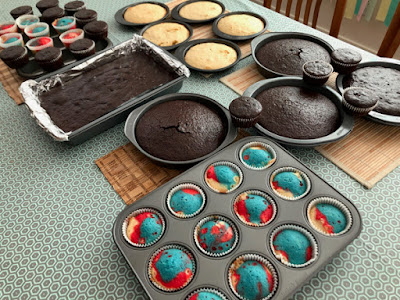 For the chocolate cake, I filled the layers in between with alternating chocolate Swiss meringue buttercream and chocolate ganache with a peanut butter swirl. Yes, this is more of a sophisticated cake for an adult or if you're a kid foodie :) For the outside, I used vanilla flavored pink, blue, and white Swiss meringue buttercream to cover the cake, blending the colors and giving it a watercolor swirly effect. I love the looks of these cakes using just buttercream. And using light colored frosting outside a dark chocolate cake adds a lovely contrast. 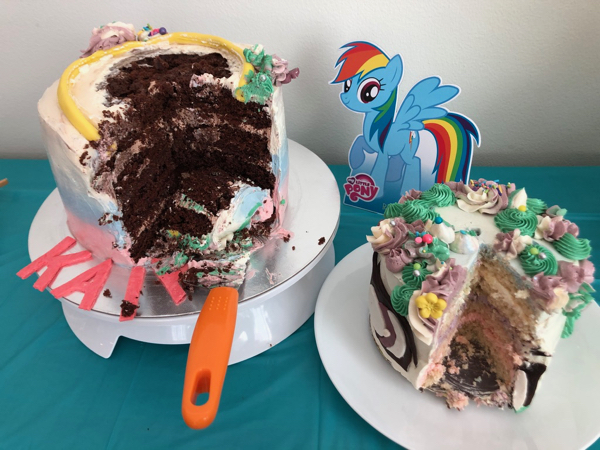 For the vanilla cake, I filled the layers in between with lemon flavored Swiss meringue buttercream tinted in the different colors that made up Princess Celestia. The original plan was actually to tint the different vanilla cake layers but I forgot so I went with this instead. Lol. The outside was just covered with white frosting. Princess Celestia is a white pony :) I made her eyes out of fondant and her ears out of molding white chocolate and fondant. I dried the ears out a bit by draping it over a wax paper tube and then I painted the fondant part of the ears a metallic silver. You can use a rolling pin or something similar to dry the ears. The molding chocolate helped it keep its shape and I was able to insert it directly into the cake without any toothpicks. The eyes took forever to do because I didn't prepare any stencils beforehand. Not smart at all. I just hand cut everything just by looking at a picture and the measurements had to be adjusted over and over. The eyes were put in place on the cake once they were done. 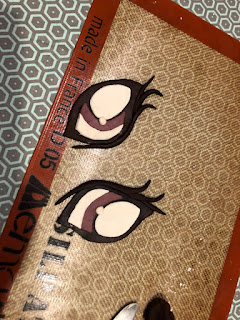 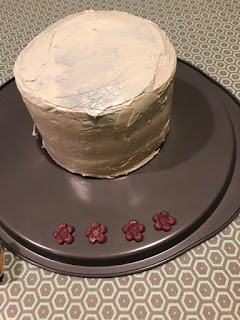 For Princess Celestia's mane, I used white, turquoise, and lavender tinted frosting and piped on different designs using different piping tips. I combined a couple of the colors to create two color designs in some areas too. I also made a few yellow and purple fondant flowers using molds that I had. To helped conceal some of the piping flaws and to secure some of the areas, I used sprinkles here and there too. I inserted the ears. I could have stopped there and it would have looked lovely. However, I bought this edible rainbow dust and I just had to try it out! I sprinkled some over the cake and it was like adding a little magic. The glitter brought the cake to life I swear. Whimsical and magical, just like unicorns! 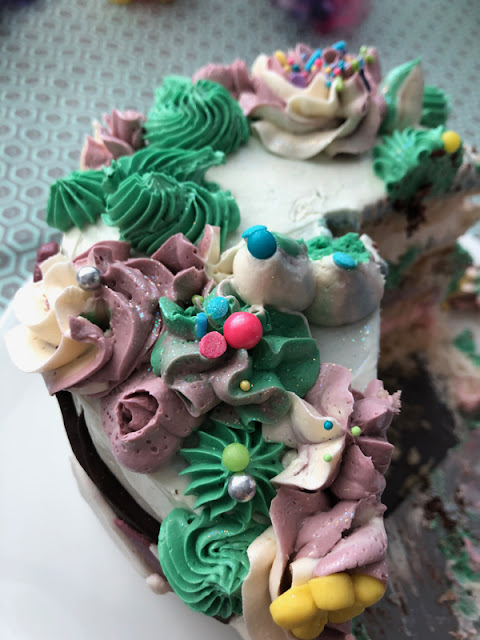 This time I actually placed thick plastic straws inside the cake to stabilize it. This has to be one of my taller cakes so I didn't want to risk it tilting or falling over. I didn't even want to put the horn on the cake until the end because I didn't trust it. Lol. I really wanted to eat the unicorn horn too so I decided to just make it out of rice krispies, instead of just a lot of fondant. As a result, it was very large and thick and heavy. I tried inserting paper straw after paper straw through it so I could attach it to the cake but it was too flimsy. In the end I just used a chopstick. Lol. 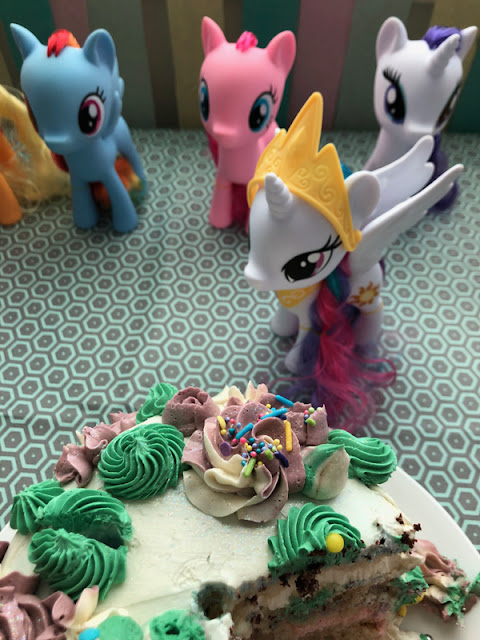 I have to say this cake was a lot more technical than I had originally thought. It took me a long time because I was doing different flavor cakes, different colors, and different shape piping and designs and I also made over 30 cupcakes in the process too! All with just one kitchenaid mixer so I had to constantly wash dishes before moving on to the next task. Luckily, I was able to use my past experience working with molding chocolate, fondant, and icing techniques to bail myself out of difficult situations.

I'm happy with how the cake turned out. It was delicious and it served as a great centrepiece and backdrop for all the photos we took of our 4 year old daughter! I love that it was mainly a buttercream cake with just a few pieces of fondant here and there. But as a result, it was so fragile and every time my kids got near it, I would freak out. So stressful. In fact, at the party one of the kids went up and touched it and it just smeared. Super fragile. That's okay, we already took plenty of pictures:) 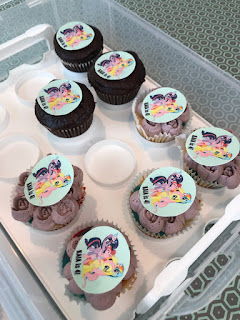 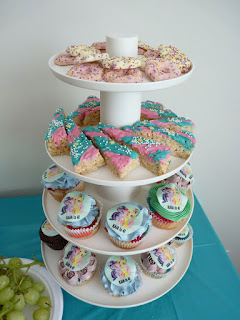 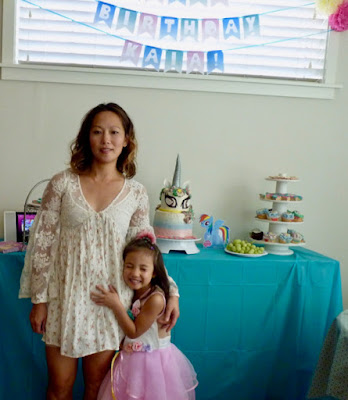