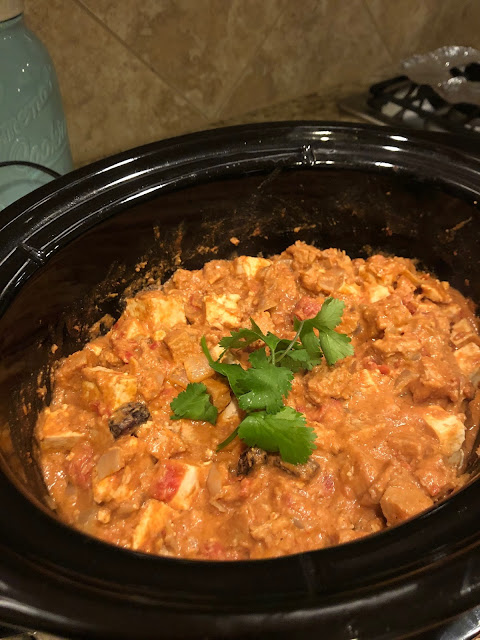 I made vegan butter chicken-less chicken before but this time I made it using homemade mock chicken instead of green jackfruit. I discovered an easy and satisfying vegan chicken recipe and it worked great here! I especially love it because it uses jackfruit and tofu as well. My vegan chicken was very moist and resembled dark chicken meat, as oppose to chicken breast. That made it perfect for butter chicken! I made one recipe of the vegan chicken and used half of it in this recipe. The other half I turned into buffalo chicken-less chicken for appetizers. Both awesome and nothing was processed!

My flexi-vegan husband loved it and my kids couldn't tell the difference. I also loved it and if I could make this quickly all the time I would. But there is that extra step in making the mock chicken first. I'm busier these days and I just can't afford to spend hours in the kitchen cooking like I once did. I would definitely make this more though. I'm definitely on to something so I wanted to document it here.

Seriously, butter chicken is one of my favorite all time foods! Insanely tasty and comforting! Everyone that has eaten my butter chicken loves it and I think if I were to serve them this vegan version, they may be fooled! 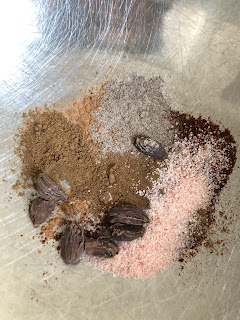 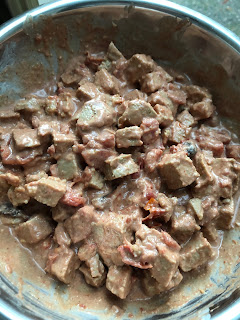 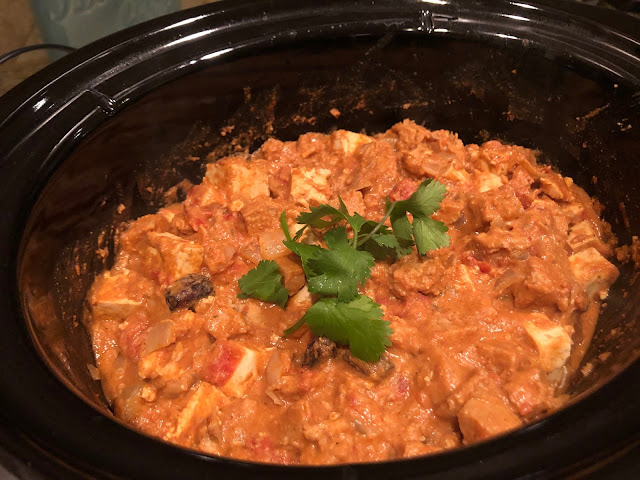 Chop the mock chicken into cubes and marinade overnight using the marinade ingredients above.

Fry the onions in the butter until translucent. Add the vegan chicken in the marinade and cooked onion to a large slow cooker. Add the rest of the ingredients, except the cilantro, and stir to mix. Set on slow cook for 4 hours or high cook for about 3 hours. Add more salt if desired. Garnish with chopped cilantro before serving with naan bread or rice. Enjoy!
Labels: chicken tofu tomato vegan