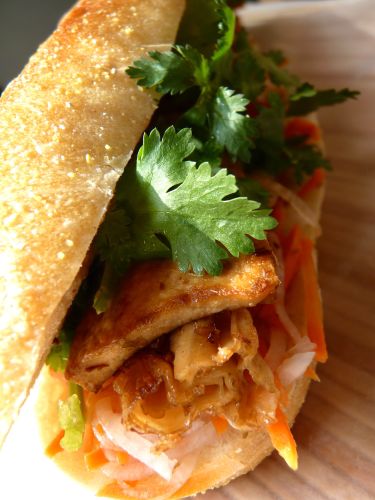 Yes, this is vegan! I'm just starting to feel a bit silly putting "vegan" in nearly every vegan post that I do. I mean we can eat vegan, organic, or gluten-free without advertising it all the time, right? I know some people out there get annoyed by this :)

Bánh mì or what my family basically calls "Vietnamese sandwiches," are one of my favorite types of sandwiches. There is a lady that my family knows who makes these really great sandwiches in Vancouver Chinatown. As kids living in Victoria, we used to come along with my parents and family to Vancouver and they would buy 20 or 30 sandwiches from her. Back then Bánh mìs were just $2. Also we couldn't buy any in Victoria. Now the lady moved to a restaurant and sandwiches are $4 or $5 plus taxes. And now there is a lot of competition. We still buy from our trusted sandwich lady every now and then when my parents are in town since she gives them 'a deal.' Honestly, we just don't eat Bánh mìs very often anymore. I kind of miss them.

The original sandwich with the assorted cold cuts, paté, and mayonnaise is my favorite. I have tried other variations that are very good too. Since my husband is into all this vegan stuff and we're eating more vegan and vegetarian foods, I thought I would try to come up with a good homemade version that was vegan. Coming up with a vegan version isn't actually all that hard because tofu versions of bánh mìs are quite common. Coming up with the original cold cut version, if everything had to be homemade, would be super hard! We bought all the inside meat stuff in the past and assembled sandwiches ourselves at home and that was good. The nice thing about making them at home is that you can customize them exactly the way you like them. For me, it's more veggies and a tad bit more Maggi Sauce :) 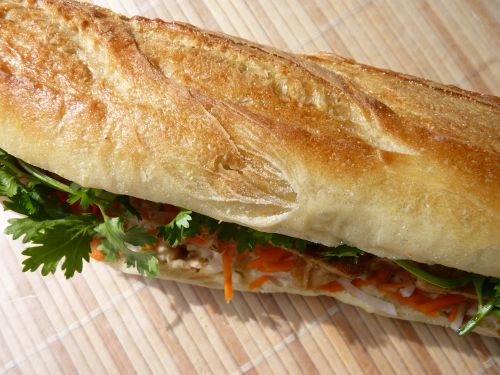 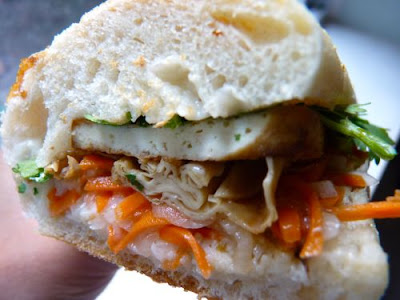 I have never had a vegan Bánh mì before. We bought a vegetarian one once that had tofu in it. It was alright. It had potential and I instantly had ideas of how to make it better. This vegan Bánh mì was actually on my to-make list for awhile now. Yesterday, I finally came around to making it. I was in luck because the sun came out as well so I was able to get some bright photos of the sandwich by the window :)

I didn't tell my husband what I was making. All I told him was that it was going to be vegan. When he found out, he couldn't tweet the food porn fast enough. He took a bite and instantly smiled. He gobbled up the sandwich so quickly, I'm not even sure he was breathing. Seriously, he loved it! :) My 3 1/2 year old son liked it too and so did I. It was definitively better than the vegetarian Bánh mì I had tried. I really liked the French bread that I used as well. It was Thrifty Foods stored baked organic baguette. It was a bit flat and had a chewy texture more like a banette, than a baguette. I'll have to buy it again for sure. 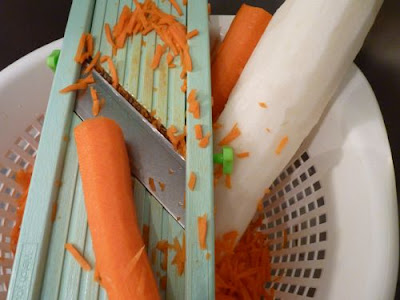 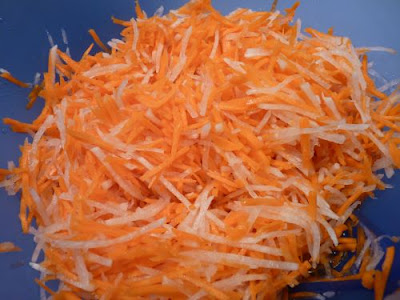 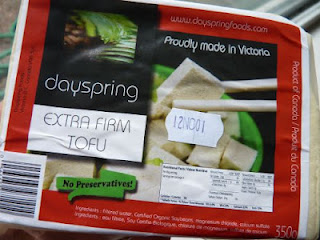 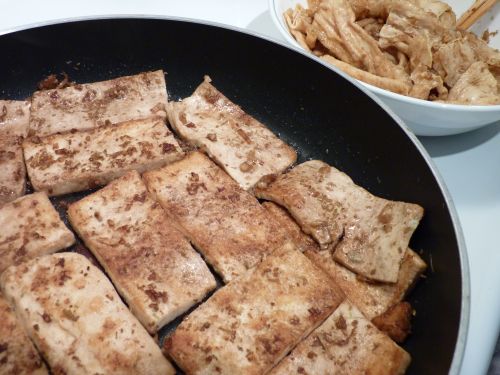 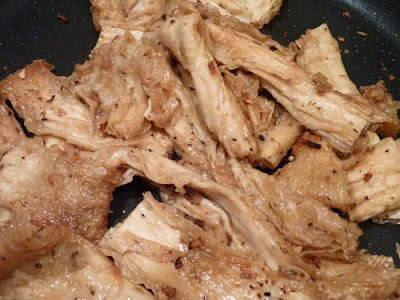 Prepare the pickled veggies first. Cut the daikon and carrots and then give them a good rinse under water to remove the pulp. Rinsing the cut veggies is a tip my mom gave me so that you can keep the pickled veggies longer in the fridge. I believe she got that tip from the lady we buy Bánh mì from. Drain the veggies and then add them to a big mixing bowl. If the veggies are still wet, that's okay. Add the sugar, vinegar, salt and mix well. Transfer to a Tupperware, cover, and store this in the fridge.

NOTE: the recipe above makes A LOT of pickled veggies. For the sandwiches, you will probably only need about half of it. I like to use my leftovers for other Vietnamese dishes:)

Slice the tofu and bean curd. Throw in all the marinate ingredients and mix well. Be gentle so you don't break the tofu :) Set aside. You can get the cilantro and jalapeños (if you are using them) ready while this marinates a bit. Heat a large frying pan and brown the tofu a bit on both sides. After the tofu is done, remove them and then add the bean curd and cook for a few minutes. Remove and set aside.

I like my bread warm and toasty so I toast it for a few minutes before I assemble the sandwich. To assemble, I spread on a bit of vegan mayonnaise on the insides, then I add a generous amount of pickled veggies (make sure you drain these a bit before you add them!), a layer of bean curd, a layer of tofu, cilantro, and jalapeño peppers if you are using them. Finally, I squirt on some Maggie sauce and close the sandwich. Serve this immediately and enjoy! :) 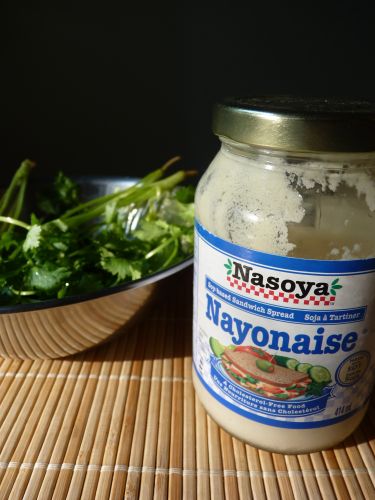 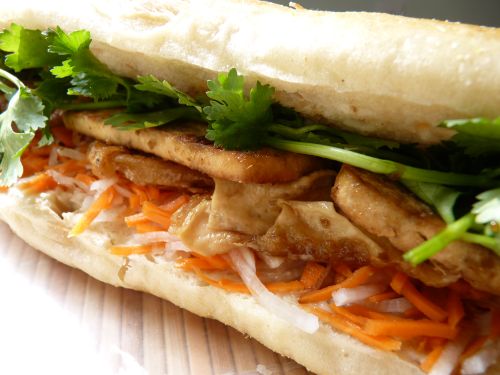