My husband made vegan goat cheese a few days ago. A lot of vegan goat cheese! What he made may look like goat cheese but I would describe it more accurately as a nut hummus. I told him that it's terrible 'goat cheese' but it's pretty awesome nut hummus :) Let's face it. There's no smelly goat or cheesy taste to it. 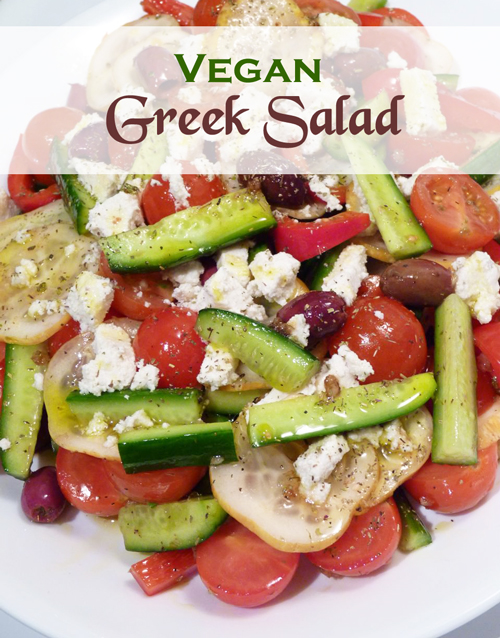 My husband insists that it is vegan goat cheese so I'm going to treat it as so for a few vegan recipes. Why not, right? :) This week, I decided to make a Greek salad using his homemade vegan goat cheese. I knew I had to use some of his cheese but I also had organic lemon cucumbers to use up as well. I have never had lemon cucumbers before and was totally intrigued when I saw them in the Thrifty Foods flyer. They were on special that week, were local from Saanich, BC, and it was suggested that they would be great in salads. I love discovering new foods, especially interesting looking vegetables and fruits that are seasonal. Remember the leek flowers? Loved them!

The past few days, we have been eating potatoes in coconut milk and other foods that felt really heavy. The kind of foods that you can't eat a lot of but we did since it was the only thing we had to eat. I knew I had to make a salad soon! I have to say it was a bit of a relief to eat the fresh raw Greek salad. There's also something about eating a cold, colorful, healthy salad on a warm summer's day that just makes me happy :) 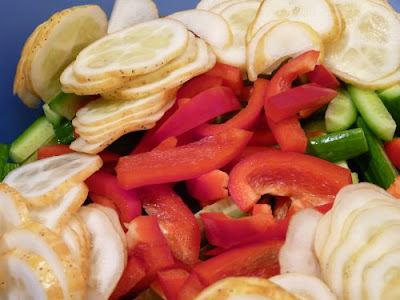 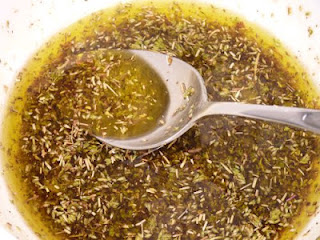 This is not your traditional Greek salad but I quite like this version I made up :) I think it would have been equally delicious had I added some thinly sliced red onions (which I didn't have any) and a few capers (which I forgot about). For those who don't like real goat cheese, this is a nice alternative too. I made a huge batch because I wanted to use up all my vegetables and I wanted leftovers for the next day. Feel free to half the recipe below :)

Freeze the goat cheese for a couple of hours beforehand so that it can be diced into small cubes onto the salad later. Slice the tomatoes in half. Slice all the cucumbers and red bell pepper anyway you like. Transfer everything into a large salad bowl and toss in the olives.

Mix in all the dressing ingredients above & pour over the salad. When serving, top each plate of salad with ice cold diced goat cheese and drizzle a bit of olive oil over top.
Labels: cucumber olives salad tomato vegan