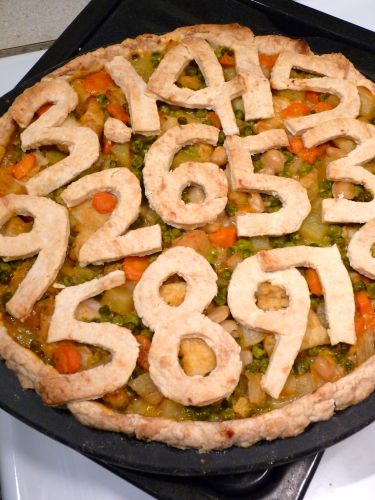 Last post, I declared I was getting fat and went on bootcamp. Don't laugh but in this post, I will be talking about pie and telling you that I made one today and ate it. It was delicious but it certainly did not satisfy any sweet craving I had :)

Today is March 14th (3/14), otherwise known as Pi (π) Day. I knew about this in advance so I actually planned on making pie just for today. I'm on a no-sweet diet so I opted for a savory pie. It's basically the type of food we would normally have for dinner anyway, except that this one was inside a crust. I got to try out a new crust recipe that is made with coconut butter instead of butter so it's healthier too. To complete the meal, I coated the bottom of the crust with quinoa so that it would absorb the sauce and cook in the oven. The crust was crispy as a cookie in the end! I was worried about it being soggy but in fact the quinoa sucked up quite a bit of liquid and since the the top was partly exposed, it dried up a bit as well. Next time, I would add a bit more sauce or water. It was still moist but I would have liked it to be creamier.

Here is something that totally blew my mind. Today, I learned that a guy back in 2004 recited Pi to 22,514 digits from memory. It took over 5 hours! Some of the audience members cried out of sheer emotion from his delivery of π. Wow. Had I been there, I would have cried too.

Did you make pie for Pi day today? I can't be the only math geek and foodie around :) 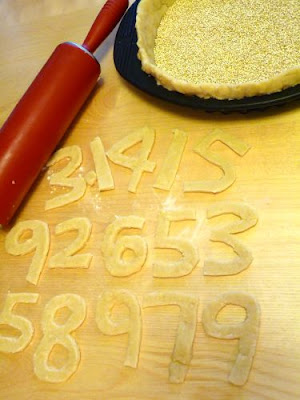 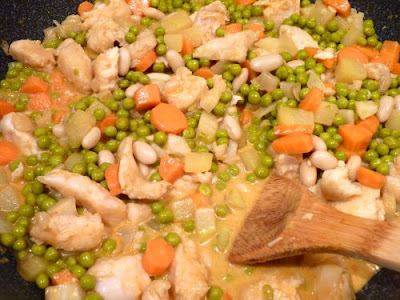 For my fish curry, I used carrots, fennel, green peas, kidney beans, and potatoes. Basically what I had at home and what I also needed to get rid of from previous dishes we made during the week. You can add the fish last and even have it raw going into the oven. Basa fillets cook fast and when they are cooked just right, they are very juicy! Bake uncovered at 375 F for around 40-45 minutes.

Note: You will likely have leftover curry and crust. I ended up freezing my leftovers. 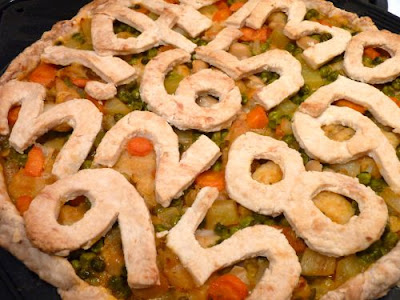