Saying Farewell to Daycare with Treats 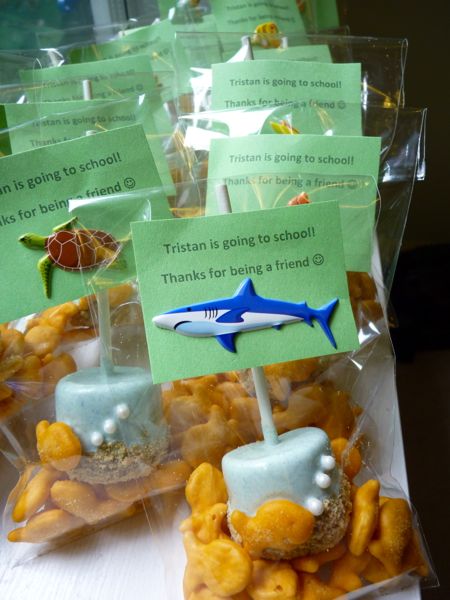 Today is my 4 year old's last day at daycare. He has been there since he was 13 months old. To inform the other kids about him leaving, I made little treats for them the day before. For his farewell party today, I made cupcakes for everyone, including all the teachers in the building from all the rooms. His best friend is also leaving this month and is providing a hot dog lunch for all the kids at today's party. I have a feeling it's going to be an epic party :) Lucky kids! 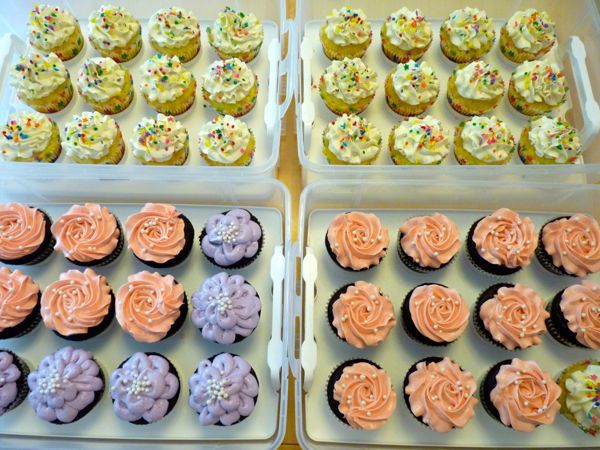 The treat I assembled for daycare was actually very cute. The best part was that it wasn't made from scratch so it was super easy and fast to put together :) The extreme foodie in me would have totally made everything from scratch but I didn't have the time. Hey, you do what you can, right? I saw the marshmallow treat awhile ago on Pinterest. I thought it was perfect since the kids just learned about underwater life last week. The fish crackers also went well with the message I attached about going to school. Every time you hear about school, you always associate it with fish. As in a school of fish, obviously :) It just seemed like the perfect gift to make. 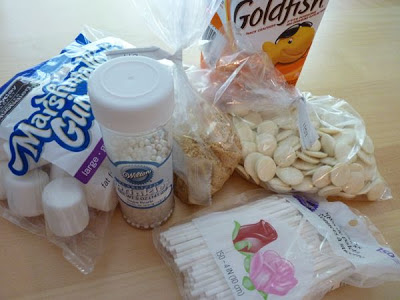 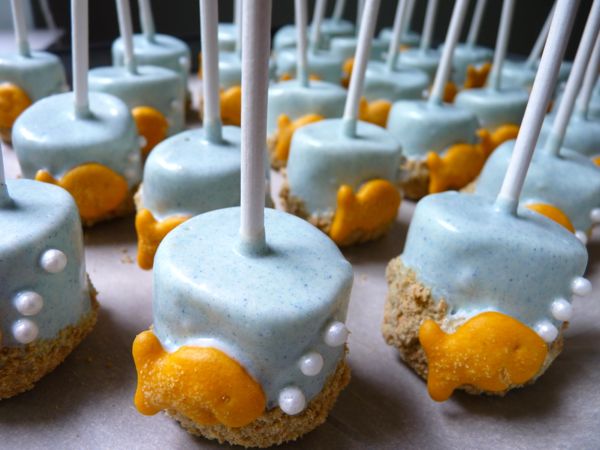 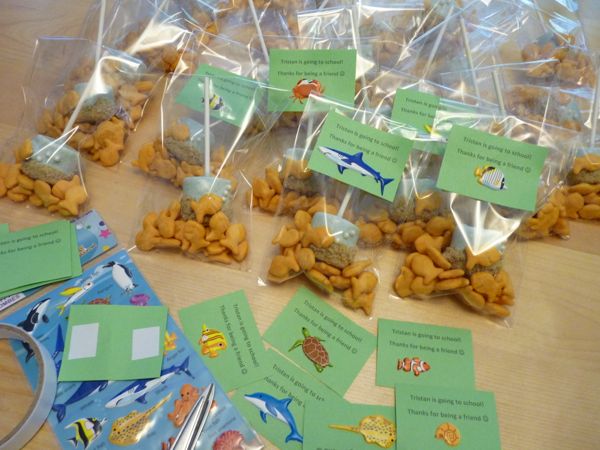 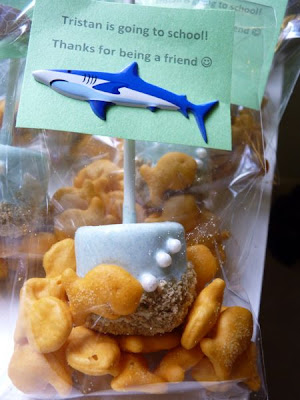 The treats turned out alright but I learned the hard way that you cannot dye white candy melts with normal food coloring. You need oil based colors since the fat content is too high. Duh. I tried my best to mix the two anyway and got a slight blue grainy tint out of it. Oh well! Next time, I will just buy the colored candy melts. It's a nice treat so I think I will likely do it again for school :) The taste reminded me of s'mores since it was marshmallows, candy melt, and graham cracker crumbs. Simple and not overly sweet. I also like that you can eat it like a lollipop and not get your fingers dirty.

After the farewell gifts for the kids were delivered, I started on the cupcakes. I swear our house had turned into a cake shop this past week! Oh my goodness. So much cake. I made vanilla and chocolate cupcakes and brought 48 of them to daycare. Attached to each container was a label of what they were and what ingredients were used. My 4 year old also made a card for the teachers.


I am so grateful to daycare for their care. Having my 4 year old there part time allowed me to do my own thing at home. It gave us a nice break from each other and it allowed him to make friends and interact with other kids his age. Thanks to daycare he is now well prepared for school and should not have a problem going into Kindergarten in September. In the next couple of months, I will be spending some quality time with him before he begins school full time. I'm so lucky to be able to do this. I plan to have lots of fun with him! The fact that he is about to go to Kindergarten has not sunk in yet. It's just unbelievable. What happened to my baby?
Labels: chocolate cupcake gifts vanilla