Wow, it has already been around two months ago since we were in Hawaii. Time sure flies! These days it seems like I've been starting more draft posts than publishing posts. Honestly, blogging hasn't crossed my mind much these days. If I'm not in the mood, I don't write. It's quite simple really. I have to say it has been rather liberating to just cook food and eat without worrying about food styling, food photography, and then blogging about it :)

I started this post over a month ago and I just need to finish it before it drags on any longer. I think it's a good post and many foodies out there, like myself, could really relate to it. Also, I promised to talk more about this incident back in my post about Hawaii and I don't break promises :) 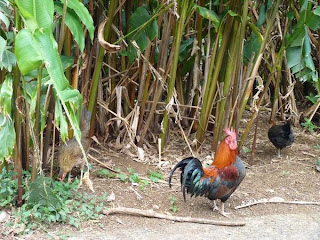 A friend of ours in Honolulu invited us over for dinner one evening. We were told that he was part of a community supported agriculture program so he receives one mystery bag of groceries every Wednesday. When my husband first told me this, I got the impression that he wanted to give us the bag and I would cook for us. Nearly everyone knows that I'm a foodie and associates me with cooking so I just assumed this was the case. Then he told me that we were invited over for dinner so that his friend would cook for us. Oh, how interesting!?!

On the Wednesday evening that we were invited, we stopped by Leonard's Bakery so that we could buy and bring over some malasadas. We tried them last time we were in Oahu and I liked them. They sell so many malasadas there that you pretty much always get fresh hot ones when you order. They're like donuts but better. They are rolled in sugar and are super soft inside. I also like that they don't taste very sweet at all. I like the ordinary ones with nothing inside. For ones that have fillings, custard is my favorite. We brought a half a dozen malasadas over for dessert because we never go to a dinner invitation empty handed. Unless it's family for me but my husband is even more proper and would bring over things even for family invites.

Things didn't really go as planned at our friend's place since his girlfriend was coming down with the flu. After we just arrived, we saw the food truck pull up and deliver the mystery bag of groceries. There were just a few items in it. A couple of tomatoes, 1 eggplant, 1 small squash perhaps, and 1 lettuce. I'm asking my husband right now and he doesn't exactly remember either but what we both do remember was that it was a very small bag of groceries. So small it would probably only feed one person. One small person. Our friend gave us two options: 1) Google for a recipe using the groceries we just received or 2) Order take out from the Thai restaurant across the street. After a quick check of his kitchen, we chose the Thai restaurant for take out.

The Thai restaurant tasted like typical cheap takeout food from Hawaii. Our friend doesn't cook and him and his girlfriend eats out a lot. That's just how he is. That's how he has always been like. In fact, his fridge barely had anything in it. If we ate at home 90% of the time, he probably ate out 90% of the time. It's then not surprising that even though we were in Hawaii for one week, our fridge and food stock at our hotel had more stuff than his home kitchen. As a mature and grown up adult, I was kind of in shock. I have to say I don't have a single friend quite like him. He's a nice guy, super smart and we get along with him well but it's fascinating how different we are in the way we live and eat. 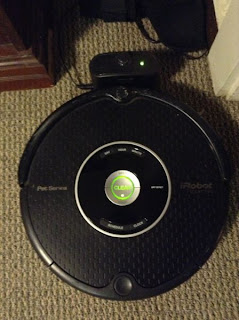 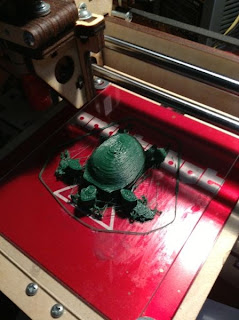 Food aside, we had a great evening! It was entertaining to hang out with friends who were super nerdy. They entertained us with their Rooba (robot vacuum), wii game on their huge projector, and 3D printer. They printed a Hawaiian turtle for our 4 year old, which was pretty cool. We didn't get back to our resort until around 11PM! That's a lot of partying for us :) 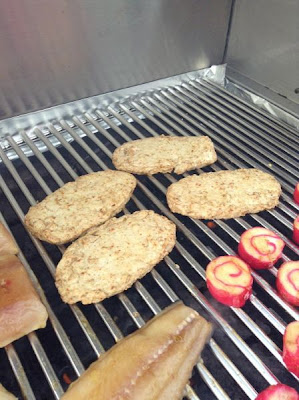 Later in the week, it was our turn. We invited our friends to our fancy resort for a BBQ. All these invitations were already arranged when we were still at home in Vancouver. It just felt somewhat uncomfortable after being guests at their place first.

Our resort was awesome because their BBQ grills outside were professional and well maintained. Clean, large, as easy as operating a stove and powerful. We had to keep the setting on low nearly the entire time so that our food wouldn't burn. This was actually our second time barbecuing outside. We barbecued chicken the other night and served that with rice and long beans. I loved that grill! :)

For appetizers, we served Maui onion chips and drank wine and ginger beer. Before we feasted, we went for a walk along the shore by the resort and watched the sunset. It's Hawaii after all, right? When we came back to the room, we all feasted hard. Really hard. It was like a buffet! 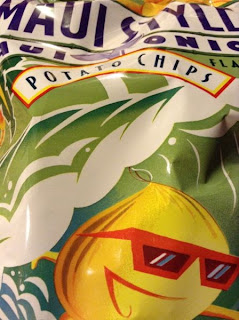 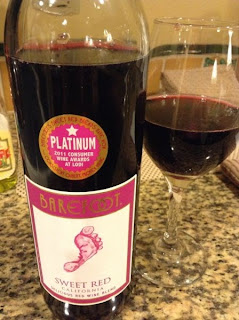 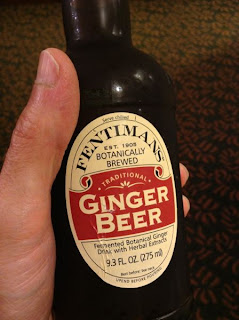 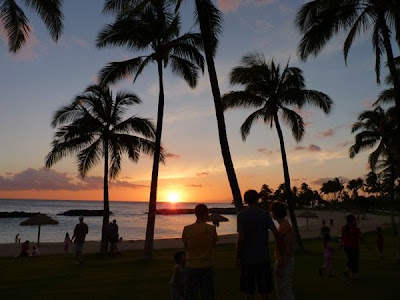 For the main dish, we grilled butterfish (aka black cod), mahi mahi, Hawaiian fish cake, and vegan chicken. We wanted salmon but it was ridiculously expensive and probably wouldn't have been as good as Canadian salmon anyway. I didn't mind though since butterfish is one of my favorite fishes to eat :) Our friend's girlfriend was vegetarian and since my husband is flexi-vegan, we had lots and lots of vegetables and salads to accompany our food. I found some fresh seaweed so I made tako poke and tofu poke. Both easy and great! I also made my rainbow tomato salad with a few substitutions to utilize more local and affordable produce. The main dishes and accompanying sides were delicious! 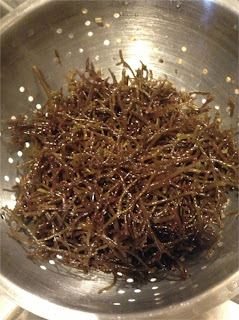 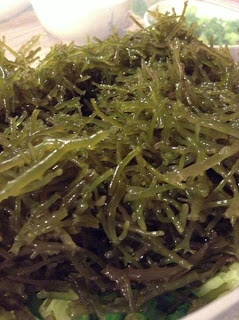 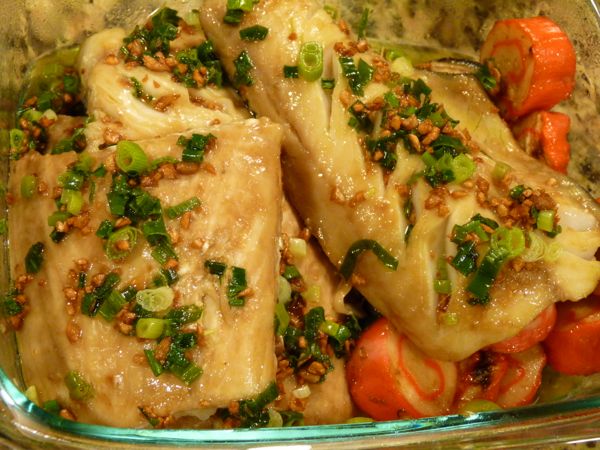 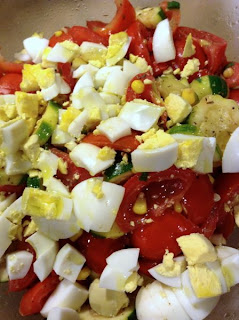 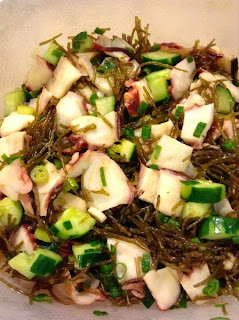 For dessert, we had chocolate macadamia nut ice cream and freshly cut pineapple, papaya, and mango. We also served honey roasted macadamia nuts. This home cooked meal was by far my favorite meal in Hawaii :) I think our friends were impressed too but that may only be because they don't know me very well. 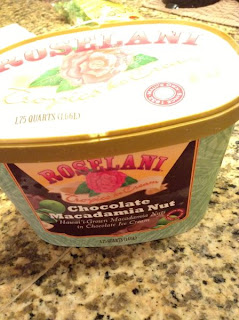 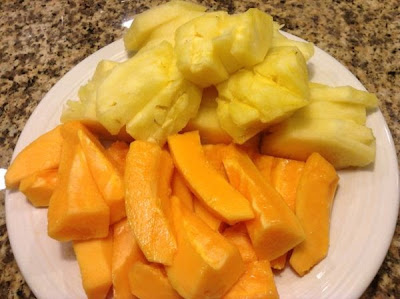 It's crazy how different we are from our friends. After that night, they probably left thinking we live luxurious lives but that can't be further from the truth. Our hotel kitchen was bigger and nicer than my home kitchen. Plus we're entertaining guests so we tend to crank it up a notch. We eat well but we certainly don't dine like this every day. When they invited us over, they were just being themselves. When we invited them over, we were just being ourselves. When it comes to food and eating, we're just from two different worlds!
Labels: barbecue Hawaii travel