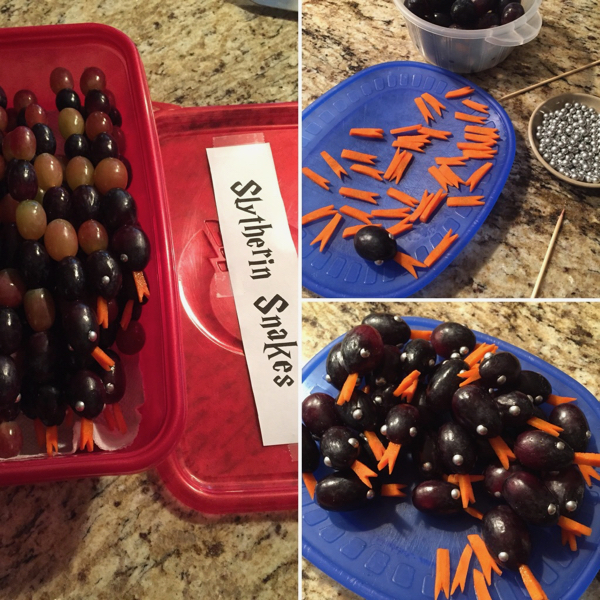 I was slightly bummed by that suggestion because just a week before, my son and I decided this was going to be the year we would have his Harry Potter themed birthday party in November. Fortunately for me, there are enough party ideas out there to do two parties! And I figured this first party would be a warm up and good research opportunity for the big birthday party.

So this year I was one of four room parents for the class. Only two of us really did any planning. Another parent ended up just buying drinks. I did suggest a food craft for her but she mentioned it was too much work since our class of 24 was too many kids. I have to admit, that was something I did not expect to hear. I suggested the same food craft last year to another parent and they did not hesitate to do it. I know that I'm not like any parent though. I work hard for things. That's just the way I was raised and now I work too hard for things and can't seem to stop. But at least this parent got us drinks!

I took care of all the food for the kids in class. I knew I would regret that the moment I volunteered. Here's what I made:
And I made everything for just $17.93. That works out to be less than $0.60 per serving. I don't know about you but I care a great deal about that price. Ultimately, the parents are footing the bill for the parties so I try my best to keep costs low. Lucky for everyone, I come from a frugal family :)

There are 24 kids in the class but I made 30-32 of every food item. That way the teacher and some of the parents could have some too. It turned out that every kid was at school that day and many of them wanted second servings so I had no extra food to take home. Except for the few cupcakes I reserved for the parents. But that never happens! Never. 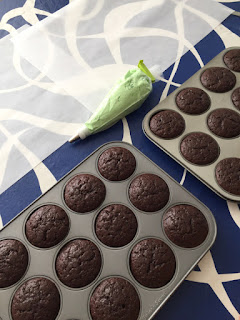 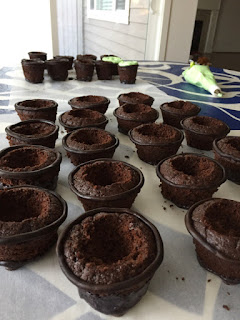 The Polyjuice potion cup cupcakes were unintentional. My original plan was to do cauldron cupcakes but I winged it and totally messed them up. Whenever I have to make a lot of something and am in a rush, that happens. Then I changed things up and decided to make my life easier by calling it something else altogether. Luckily, there are a lot of cool names and things that could have resembled my cupcakes in the Harry Potter world. My husband and son helped me brainstorm too. I decided to go with polyjuice in cups. It was an epic fail but I kind of saved the cupcakes with a cool name. If I didn't tell them, they probably wouldn't even know I screwed up.

I re-melted the cauldron handles and piped them into cup handles. So much easier. The cupcakes took me the longest time because I ran into so many problems. I was short on frosting, the cupcakes were slightly broken since I removed them while they were warm instead of allowing them to cool off completely. They were in no cauldron shape but I tried to force them anyway. My bad. In the end, I pulled it off and one of the parents were surprised I even made them. I think most of the parents just assumed I bought them. 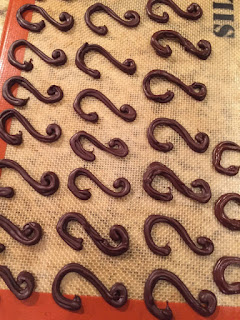 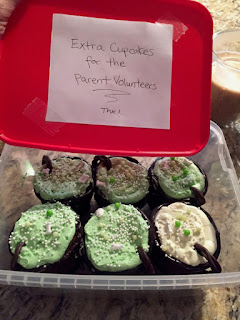 I didn't get to baking the pastries until around 10PM the night before the party. Those darn cupcakes! Luckily, the pastries were super easy to do and turned out great! I used puff pastry from Trader Joe's and the 3 cheese blend shredded mix. I placed cheese on the wide end and rolled it up for the bottom of the hat. I used cheddar and positioned it near the top for the Sorting Hat "eyes," positioned the tip of the hat and then baked them. I made them so big that I had to use the whole pastry pack instead of the one roll I had initially thawed. So I had to power thaw the second roll. It worked but you could kind of tell something was off so I wouldn't recommend it. BTW, the kids LOVED the sorting hat pastries. 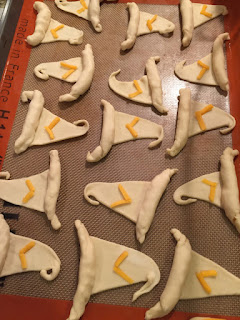 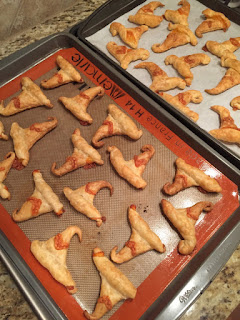 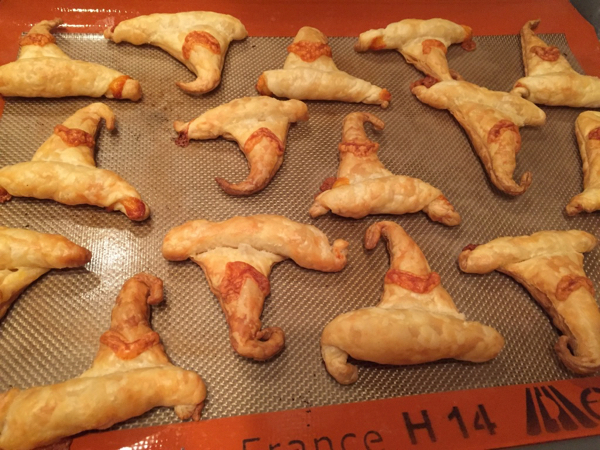 I was running late, as usual, so I made my husband help out. He washed and skewed the grapes for me, leaving room for the head of the snake. He also drew on all of the oranges. Husband for the save! 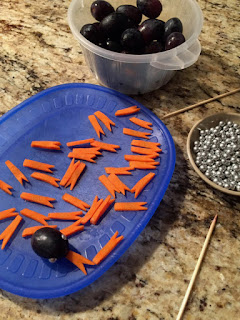 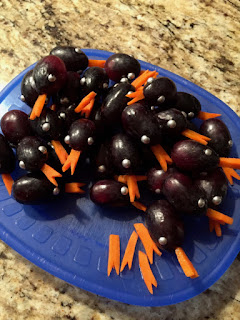 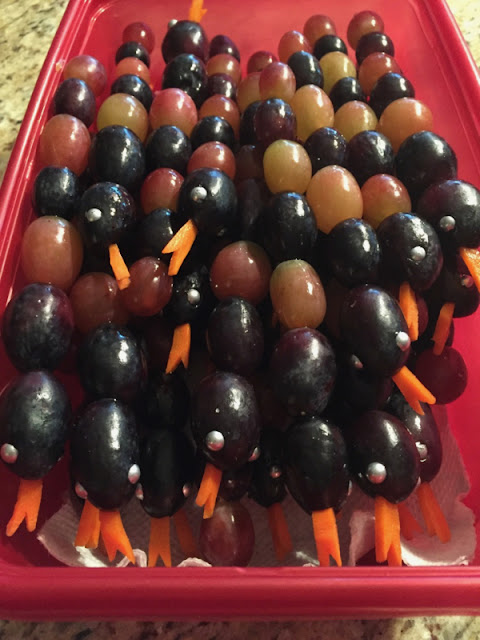 I didn't go to bed until around 12:30AM. I told my husband next time I volunteer to do ALL the food, shoot me. The next morning I woke up at 6:30AM to finish making the "head" of the snake for the grape skewers. No, this couldn't have been done in advance. I tested this out the weekend before and the carrot tongue and candy eyes of the snake didn't look well after half a day. The carrot would dry up and the candies would dissolve and bleed. I needed them to be recognizable as snakes. Because I'm that kind of mom, yes.

Armed with two heavy bags of food and supplies, I walked to school with my son that morning and dropped everything off. Phew! I was lucky enough to stop by the party for a little bit after wards and it looked like the kids had a blast. So it was all worth it. I guess. Lol.

But I shouldn't do this again. Maybe only two of the parents know that I did all the food myself and appreciated my efforts. I enjoy the food crafts but it was really too much work. I had to ignore my toddler most of the day to accomplish all of this. I also lost sleep and my back hurt from standing for so many hours. In the end, I think the parents would have been fine with me just spending more money and buying everything. In the end, I just cared more about it than anyone else. I want the kids to have homemade food that taste good and is better for them. And I want to save us money along the way. But that doesn't matter as much to the other parents. The main thing is for the kids to have a great party. That's it. Lesson noted.
Labels: cheese chocolate cupcakes fruit Halloween Harry Potter