By the "big three buffets," I'm talking about Wicked Spoon at The Cosmopolitan, Buffet at the Wynn, and Bacchanal at Caesars Palace. These three are often referred to as the big three and are regarded as the top buffets on the Las Vegas strip. We've been to Bacchanal two years ago but the other two were new to us.


We spent a week in Las Vegas at the end of January. It was a great time to go because the weather was pleasant and felt a bit like early Spring. The crowds were manageable and being low season, the buffets weren't as busy and didn't carry price hikes. We took full advantage of the buffets by going during the weekdays for the brunch menu. In order to fit them all in, we went to a buffet every other day starting on the Monday. Dinner costs more and weekends cost even more. We knew we would eat a lot so we also planned on running every morning of the day we would go to a buffet. And by we, I mean me since I love planning things ahead of time!

We started with Wicked Spoon at The Cosmopolitan. For two adults, a 10 year old and a 3 year old, we paid $77.94. Adults were $28 and kids were $16. Our 3 year old was free. I thought it was a great bargain since we had eaten lunch at Vegenation the other day and spent more than that. There were no line ups and we got into the buffet just before 2PM. For a first buffet, it was good. I heard good things about their desserts but in the end I wasn't that impressed. I liked that they had so many vegetable dishes. And for some reason, I helped myself to multiple servings of them because I didn't feel much like eating meat. It wasn't very busy and I noticed a lot of the dishes looked like it had been sitting out for way too long. Things didn't look that fresh and inviting so that was definitely a turn off. The veggie fried rice was well presented in a take-out box but didn't look appealing when I opened it up. It didn't taste great either. Bummer. We all thought the buffet was just alright. Even though it was the cheapest of the three buffets we went too, I don't think I would go back. I mean for a buffet it was good but with so many other choices nearby, I would skip this one next time. Sorry. 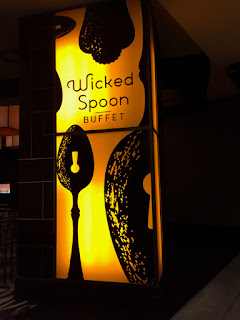 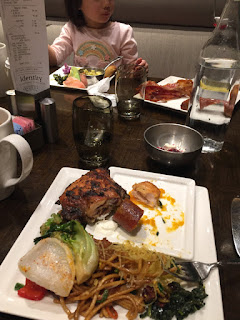 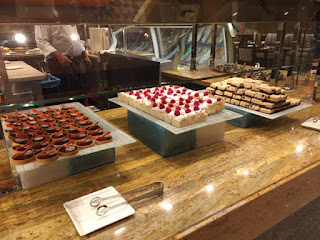 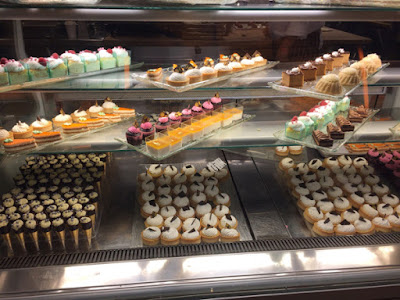 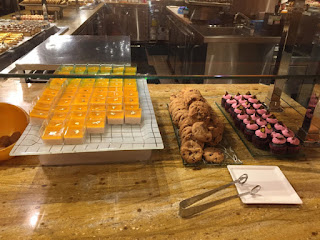 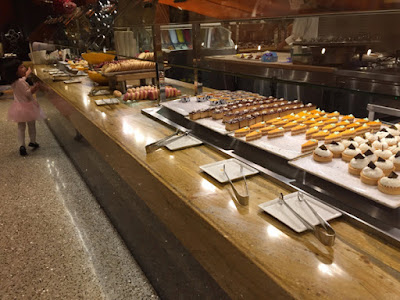 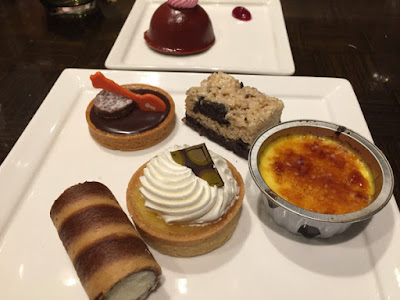 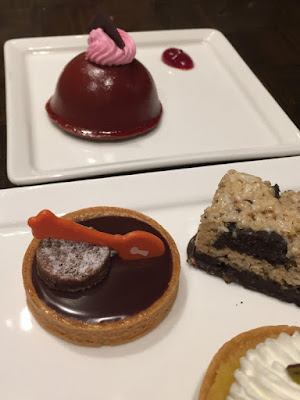 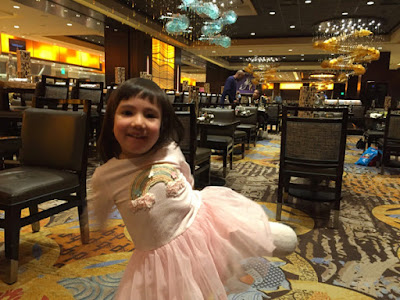 The Buffet at the Wynn was next. We walked 20-30 mins from our hotel and when we arrived around noon, we were like wow! The inside of the Wynn was beautiful, colorful, and playful. We were lucky enough to be seated in the gallerie area where the huge floral and fruit pillars stood. It reminded me of high tea. This buffet was pricier because we had to pay for our 3 year old. Adults were $29.99 and our 10 year old and 3 year old were both $14.99 each. Our bill came to $97.38. When I did my walk through of the food, I instantly noticed how much better everything looked compared to Wicked Spoon. It was much busier at this time of day as well. The food was steaming hot and fresh and being in a beautiful setting just made the whole dining experience that much better. I was really impressed. There was a made-to-order omelet station and crepe station and no line ups. I heard that Steve Wynn was vegan so I expected more veggie dishes. There were tofu scramble at the omelet station, vegan egg rolls and vegan cookies but that was all. Definitely more than other places but overall, I think there just wasn't enough veggie dishes. Wicked Spoon had more vegetables. The snapper fish was delicious and I liked their Chinese noodles. The food overall was good. I even had congee! I was recovering from a cold at the time and the warm congee was just what I needed. We all liked the buffet and would definitely go back! 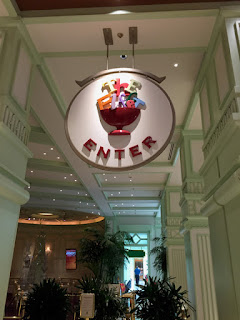 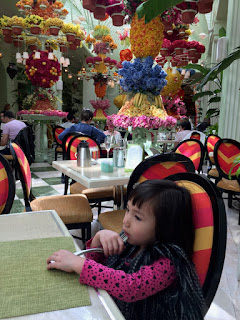 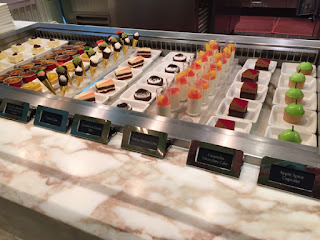 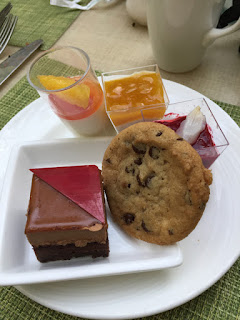 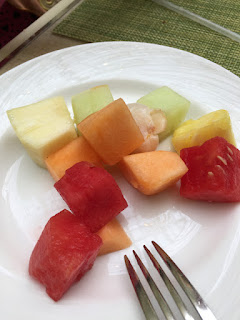 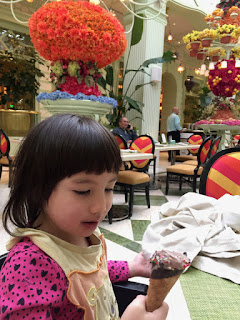 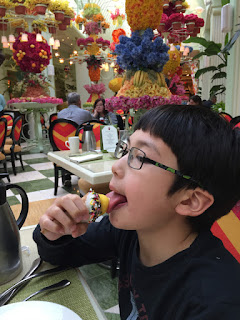 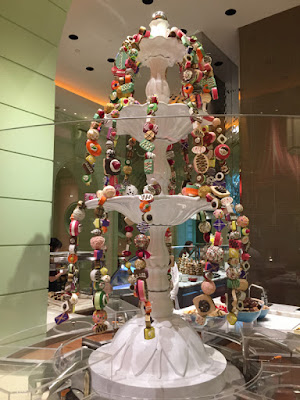 Our last brunch was on the Friday at the buffet of all buffets, Bacchanal. It was the only buffet that counted Friday brunch as a weekday brunch before hiking the price for the weekend. I had fond memories of Bacchanal and since it was normal pricing this time, I wanted to go back. Adults were $39.99 and kids 4 years old and above were $19.99. Our 3 year old was free. Yes! Our bill came to $108.22. The place is much bigger than the other two buffets and we actually had to line up for this one. We got seated around noon. There was definitely more choices and there was crab and a lot of shrimp. Their paella was good and I loved their taro smoothies. But I had higher expectations and found myself a bit disappointed. There were no fish dishes and there weren't that many vegetable options either. The food looked fresh and I liked that they had a large variety of international cuisine. There were a bunch of stuff I didn't know and wished they had listed more ingredients or included some kind of description along with the dish. The lobster bisque was so salty that it was disgusting. My husband and 10 year old loved the food here though. Presentation was elegant and service was better here than at the other two buffets. Yes, we would come back! 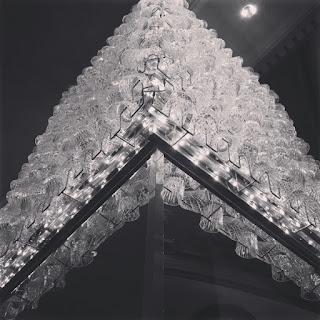 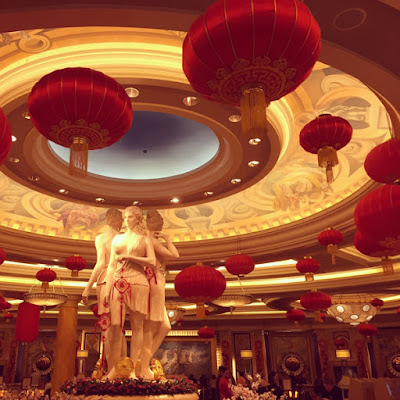 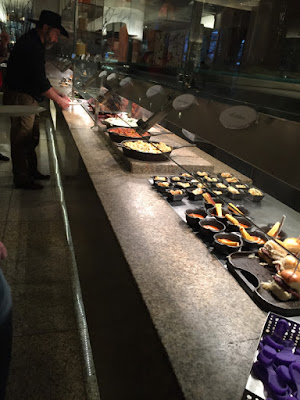 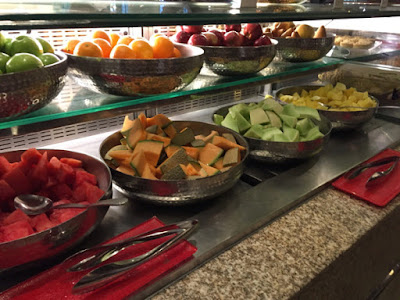 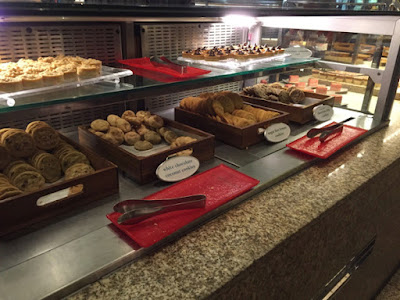 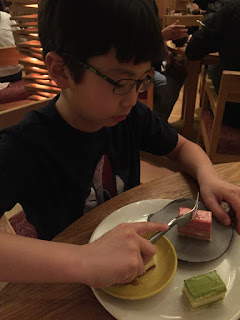 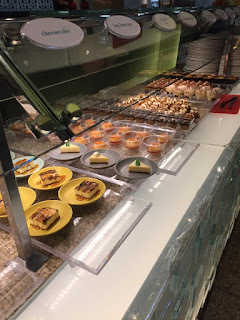 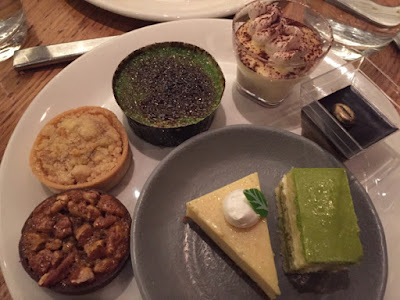 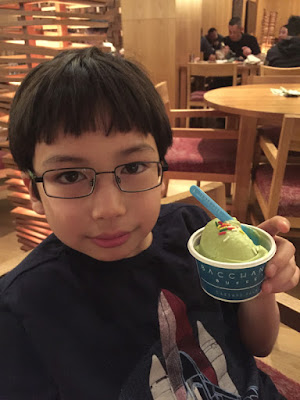 I liked the Buffet at the Wynn the best! My overall dining experience there was better than at Wicked Spoon and at Bacchanal. My 10 year old is indecisive between the Wynn and Bacchanal and my husband prefers Bacchanal. But we all ate different dishes so we're not all judging the buffets the same way. For the value, the Wynn is the best in my opinion.
Labels: buffets dining out Las Vegas travel