Just when you thought the Halloween treats were over, then BAM! :) I promise to go back to just cooking soon. Seriously. 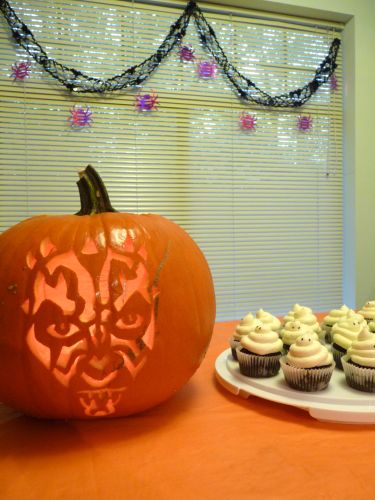 I don't buy Halloween treats for my almost 4 year old son. I never have. He gets more than enough from "trick or treating." I do bake for him though. This year I made a little something new and simple since we already had our Halloween party.

Black velvet cupcakes! Have you heard of them? Red velvet for Valentines and black velvet for Halloween. It makes sense. And black is SPOOKY! Instead of the icing in the recipe, I used my favorite cream cheese icing. For the eyes, I used black sesame seeds. My original idea of using chocolate chips would have been too big. Poppy seeds would have been too small. Luckily, I had black sesame seeds at home as well :) It's good to be well equipped people. By the way, it took me longer to place those eyes on than it took to pipe the icing on the cupcakes. The more I bake and decorate, the more I appreciate the little details. 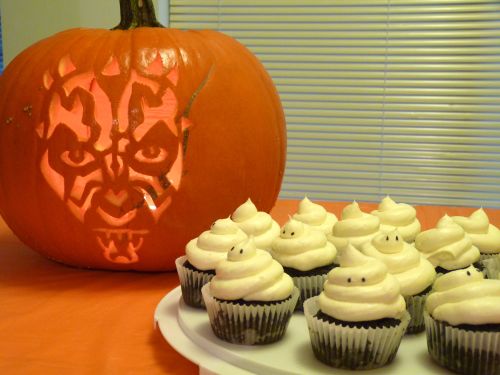