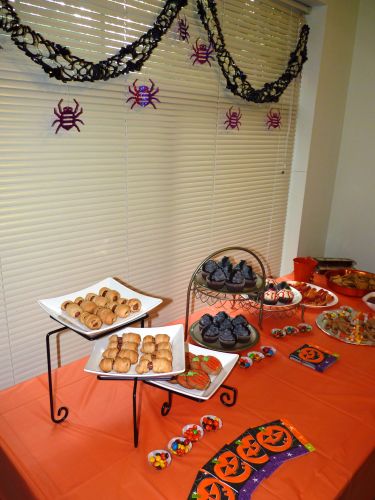 I have been swooning over dessert and party tables for years now. They are incredibly charming, well designed, feature amazing looking food and look terribly professional. I'm none of those things by the way but I do like to pretend I am :) Yesterday, I put together my first Halloween party table. It's actually my first all themed party table. It was for a mini gathering with just my sister and her family so I didn't feature a crazy amount of food. Holidays like Halloween and Christmas are good occasions to put together party tables because so much of the decorations are already available for purchase. A lot of the stuff I was using came straight from Dollarama. The garland was $1. The tin pumpkin container was $1. The table cloth, the napkins, and even some of the candy were just $1 each.

I made Halloween themed cupcakes, mummy dogs, apple teeth, spiced cookies, and salsa. The spiced cookies and salsa (totally awesome, which I may blog about soon!) were made beforehand but the rest were made just a few hours before the party. I cut pumpkins shapes out of my pineapple as well but forgot about them until the end so they weren't photographed :( Oops. To style the table a bit more, I scattered around candy in mini Halloween themed muffin cups. Tortilla chips were served inside a pumpkin baking tin I barely use anymore. It was nice to be able to use it for serving and decoration instead. When everything was laid out, it looked rather cool. For a "dollar" party table display, that is :) 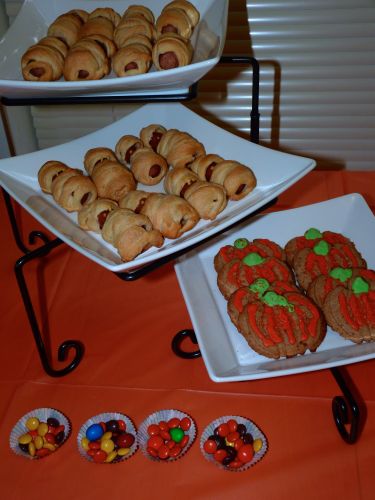 We hosted our Halloween party a week early this year since my sister and her family are leaving for Hawaii this week. It also turns out that too many parties are planned the week before Halloween so it's nearly impossible for us to organize one and have all the people we want to attend. After having this party early, I am beginning to think that this is the best idea ever! Not only are people more likely available for an early Halloween party, but there are also plenty of Halloween supplies out there if you need them. The extra bonus for me is that I get to blog about it before Halloween for those who want to take some of my ideas for their party :) Let's also not forget that we have lots of leftover goodies like cupcakes so we get to enjoy those right away! Win. I think this may be the start of many early holiday parties for me :) 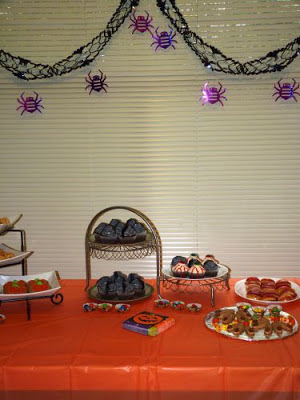 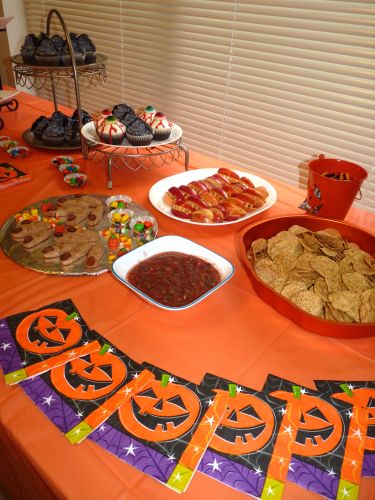 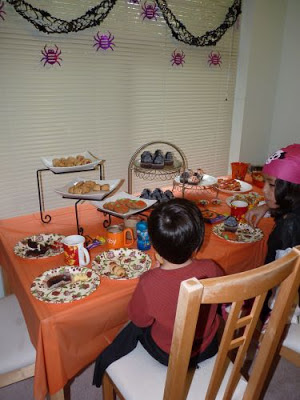