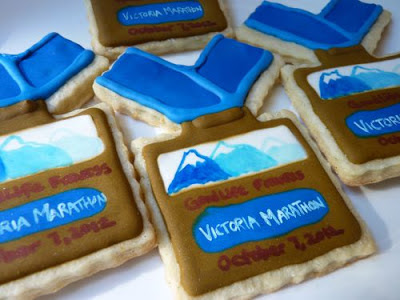 The Victoria Marathon occurs on every Thanksgiving weekend. This past weekend was Thanksgiving in Canada so we took the ferry over to Victoria for the race. The temperature soared to 23C on race day, which was unusually warm for this time of year. It was a bit hot for running. My husband and I finished the race with personal best times but we both admitted that it was really hard. Really rough and painful for me actually :( 42 km is a super long run! Even a super long walk. It was just Thanksgiving so I would like to say that I am very thankful the race is over!

I knew I would be preoccupied with the marathon so sadly this year I did not have the time to organize and cook for Thanksgiving :( I didn't want to miss out on all the cooking and baking fun so I did make cookies with my almost 4 year old son last week, just before heading over to Victoria. I think he enjoys cookie decorating as much as I do :) He was so proud of his work. I think he did an amazing job! He said he wanted to pick the nicest one and give it to his best friend at daycare. He wanted his friend to have it since his friend plays with him all the time. When his dad came home from work that day, he ran to show off his cookies. It was so cute :) 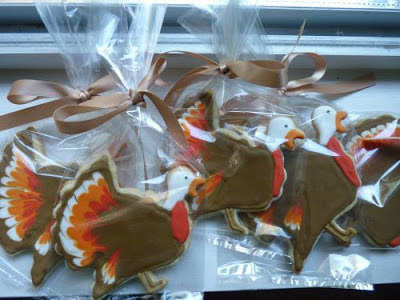 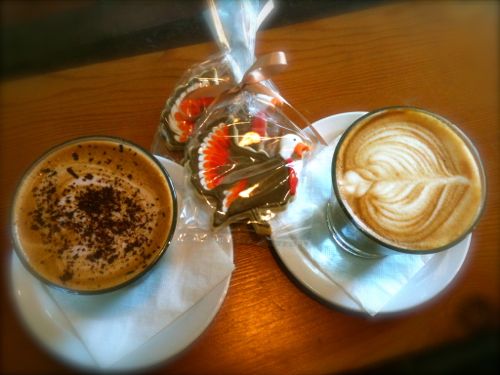 As for my Thanksgiving turkey cookies, I sort of messed up but in the end they were still "gift-able." I do love the turkey cookie cutter from Williams-Sonoma though. My marathon medal cookies looked even worst but I had a feeling they would be hard to do since writing on small cookies is hard to do. Especially with such dark color combinations. Hopefully people will get the idea. The organizers for the Victoria Marathon liked them enough to feature the cookies on their Facebook page, which was really nice of them :) I really should have done a better job. Lol. 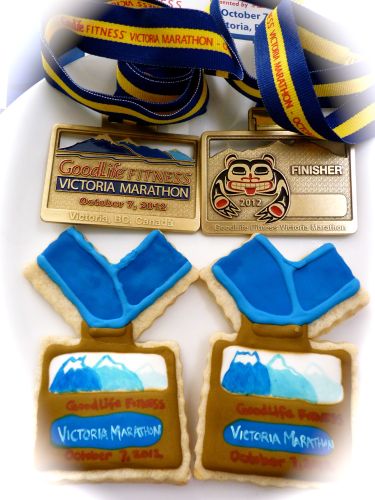