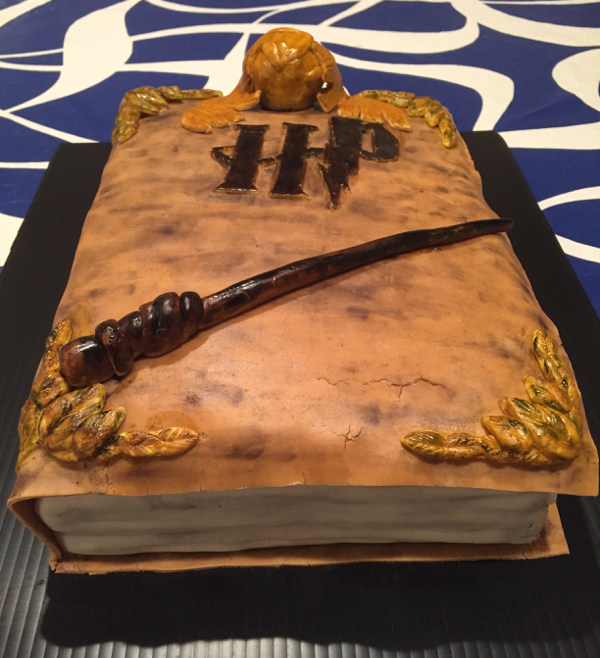 It was a great party. Great because we pulled it off without too many glitches and I wasn't even that stressed out on the party day. That is largely thanks to my husband and family for helping out while I concentrated on the kid's activities. I may have planned the whole party by my myself but I had a party crew to help me execute it. I knew exactly what I wanted so I just had to demonstrate and then they took over. Volia!

We provided lots of entertainment, good food, and I absolutely loved the Harry Potter decorations. The kids even took home a cool loot bag. But I'm very impressed and pleased that my husband and other family members thought to take a lot of pictures at the party. It's not always the case but this year we had tons of photos. That made the day even better! 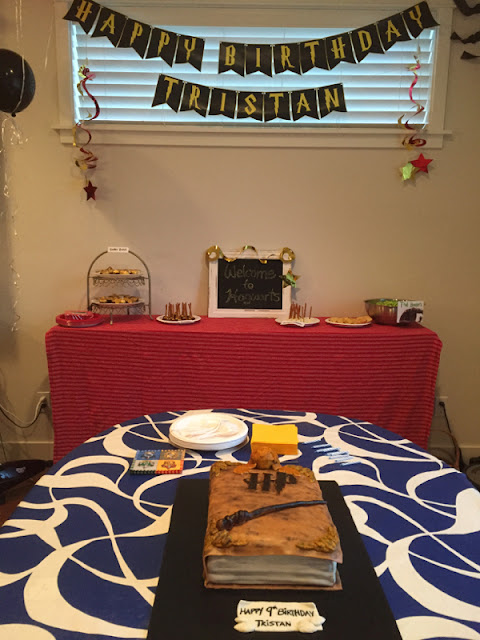 Oh yeah, and the cake turned out alright. Lol. The themed birthday cake is one of the main attractions of a birthday party. I actually only get to make themed cakes once or twice a year. The last themed cake I made was a year ago for my son's 8th birthday party. I know I don't make them often anymore so there was a little part of me that wasn't quite sure I could pull it off. When it came time to make a fresh batch of fondant, I hacked at it a bit and it felt a little stiff to me. It was definitely different and it was challenging to roll out. Jeez, I should just follow the recipe! Aargh.

I found a great tutorial online on how to create the Harry Potter book cake and I more or less followed that. I watched it a day or two before making the cake but I probably should have reviewed it before making the cake because I forgot about some of the features. Oops. I probably only used half the fondant they used in the tutorial. I did not have any fondant under the cake. I figured I could slide just bits of fondant on the sides and make it look like it was underneath and I was right! I hate using so much fondant because it's so sweet and everyone in my family complains about that, including me. However, when fondant is rolled super thin, it's so hard to handle. Duh. 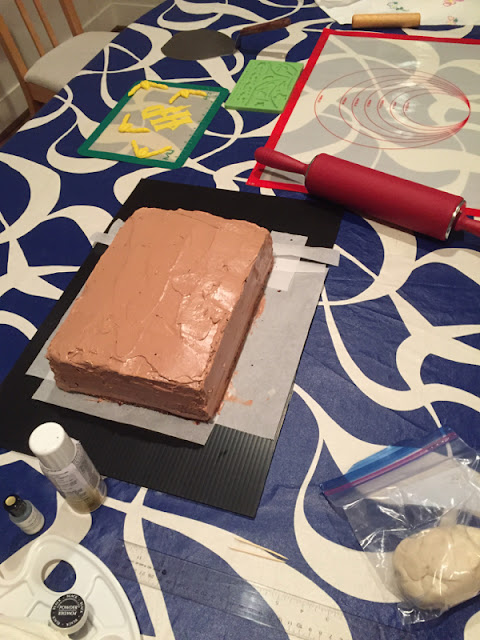 I wished I took more pictures of my cake as I was making it but my hands were sticky with fondant and covered in cornstarch and food color. No one was around for me to ask for a photo. Believe me when I tell you that I had serious doubts this cake was going to look good. The cake itself was fine and would be delicious since it was cooked perfectly. My fondant was too thin (I never learn!) and it was so difficult to place on the cake. It cracked and ripped in so many places and I tried to lift it to move it, which was a big mistake. The better solution I found was just to slide it since the icing below is slippery. So it looked pretty messed up. At that point I thought this was going to be a disaster.

As time went by, the appearance of it improved. I was in total repair and fix mode for an hour or so. I started to patch more things up and I strategically placed design pieces to cover a lot of the flaws. It still had cracks in the end but it was alright because it was meant to look like an old book. I had to fix an entire section by removing a corner and then putting new fondant on it. It was a risky move but it really helped make things look better. Then came the dusting, painting then labeling. So after several hours, I was finally happy with it and could dismiss myself to bed. Good grief! 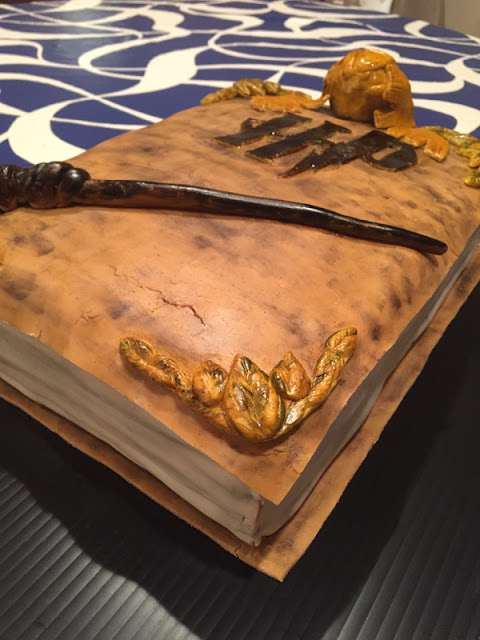 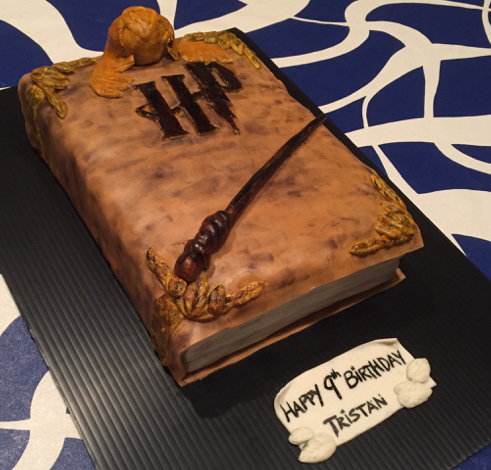 I had to buy some black color powder to make my cake. But that was it! I'm so glad I was able to create my cake with everything else I had at home. The golden snitch is a cake ball wrapped in fondant. The wand is all fondant. I really wanted the cake to be 100% edible and the idea of using toothpicks for the wings sounded like a bad idea for me. My fondant would have never held. So it wasn't how I imagined it (it never is!) but I got it done! All things considered, I think it was a success. I'm done for another year! :) 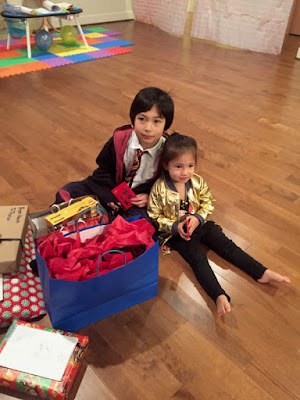