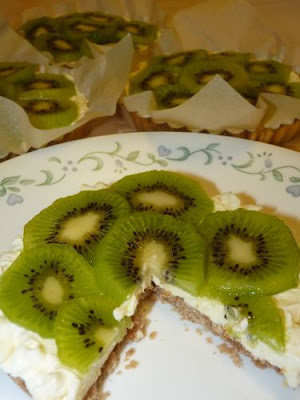 When I was in high school, I made a killer cheesecake and my friend made a killer fruit pizza. Since they both involved cream cheese and fruit, I often went with her fruit pizza recipe when making dessert due to its simplicity and smaller size. It's funny because my friend and I share a similar story. Her fruit pizza was her secret dessert recipe and my cheesecake was mine. We were both sort of famous among our friends and family for our dessert. Then we started to share our recipe with our close friends and they in turn shared with their close friends. Soon not only was the secret out but in some cases, we no longer received any credit for it. The recipe was only credited to the last person who gave it out. I know this because in one instance my recipe went full circle and back to me. The outrage!!! :) Haha. This totally reminds me of how pins and repins work on Pinterest right now :)

To be fully honest though, neither of us came up with the recipes ourselves. We might have tweaked it along the way but I can't remember what since it was ages ago. If believe her recipe came from a home economics course in Junior High. Mine came from a lady I used to work with who got it from a collection of recipes from a blueberry farm somewhere. 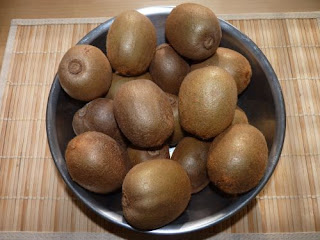 Okay you can stop right there! I'm not revealing my friend's fruit pizza recipe. Nope. At least not the original version :) The following recipe is definitely inspired by hers and I think it tastes great too. It's not as rich and it's fluffier than the original. Even my husband likes it and he is no fan of cream cheese desserts. I call that a win :) Oh yeah and do you recall the gazillion kiwis I fought for at the supermarket? We ate lots already, some went to this, and we're still eating them today! We love kiwis and they sure are very pretty, don't you think? :) 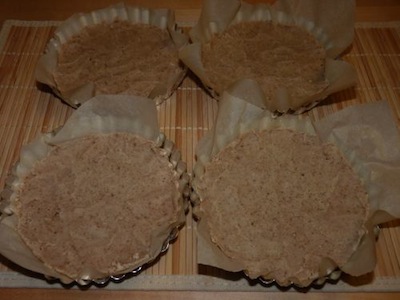 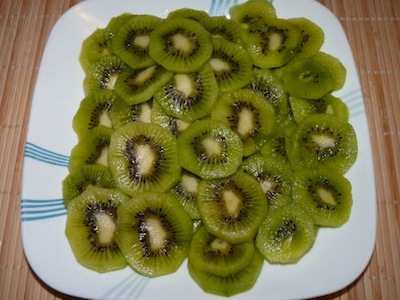 Frosting
(adapted from Not So Humble Pie )

For the crust, cut ingredients together into crumbs. Since the shortening is so soft, I just used a fork and kind of cut, smear, and mixed everything together. Spread into the bottom of a 9 or 9 1/2 inch pizza pan. I used four small tart tins for the fun of it :) Bake at 375 F for 15 minutes or until edges are golden brown. Cool.

For the frosting, first whip the whipping cream and set aside. Mix the rest of the ingredients together well using a mixer. Whip in the whipped cream until just combined. Spread onto the crust. Lay on the kiwis. Refrigerate, cut, and enjoy! 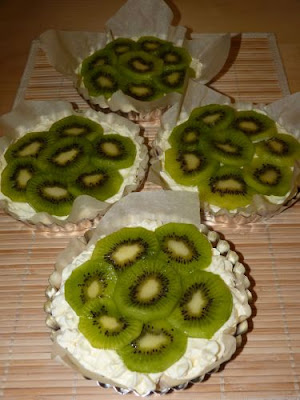 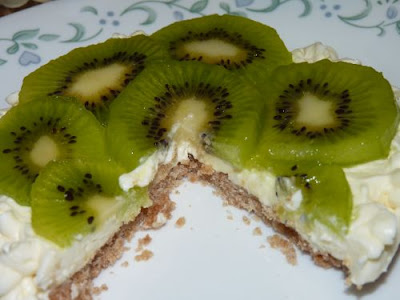