I started hearing about Trader Joe's on Twitter years ago. I follow quite a few moms who like to shop green and organic foods. People wouldn't stop talking about Trader Joe's and how much they love it there. There were moms who would drive down to Bellingham regularly and stock up on Trader Joe products. There were even people who would drive down south after work during a weeknight to grocery shop and then drive back. Apparently, the customs at the border is quieter at that time. The Trader Joe's in Bellingham is only about a one hour drive from Vancouver. What kills you is normally the wait at the border. If you go during a weekend, you may have to wait 3 or 4 hours at the border. It just isn't worth it in that case. It's still unclear to me how customs will treat grocery purchases if you are gone for just a couple of hours. Someone told me that groceries don't count at all but when I bought a few things at a grocery store in Point Roberts, we were inspected and then charged duties on all the stuff we brought over, including groceries.

Here in Vancouver, organic products are very expensive. Sometimes organic products are as much as 3 or 4 times more expensive than their non-organic equivalent. Compared to Canada, organic products and products in general at Trader Joe's, are about half the price. If you purchased $200 worth of organic and healthy groceries in Canada, you could probably get the same thing down at Trader Joe's for around $100. That is HUGE! Take organic butter for instance. Half a pound of organic butter may sell for $6 or $7. Compare this to the one pound organic block of butter at Trader Joe's for just $4.79. It's twice as much and it's cheaper. The same thing with regular butter. One pound of regular butter sells for around $5-6 here but only $2.76 at Trader Joe's. We don't even have to compare organics to organics. Organic milk at Trader Joe's is cheaper than regular (non-organic) milk here ($2.99 compared to $3.69). Now, that is just nuts! Since the dollar here is at par with the US dollar, that makes Trader Joe's an even bigger bargain. Our dollar has been this strong for many years now.

As a family, we have been eating more and more organic and healthy foods. We have also been eating more vegan foods and vegan products are also very expensive here in Canada. Tofurky, which is a vegan sausage, can be purchased for $6 or more here. At Trader Joe's the same one sells for just $2.99. Frozen tempeh at Whole Foods costs $3.99. At Trader Joe's it's $1.69. The one we had from Whole Foods didn't taste very good either. Cheese is really cheap too. A chub of soy cheese was only $2.79. Regular cheese is about 50% the price we pay here. In fact, I found cheap Canadian brie cheese at Trader Joe's! Now, why in the world is Canadian cheese cheaper in the US than in Canada?? That is totally wrong man. Sausage and deli meats are also great buys. I bought a 227 gram stick of Italian sausage for $3.99 at Trader Joe's. I saw a similar 300 gram Italian sausage advertised on sale at Thrifty Foods for $8.99. Ouch. 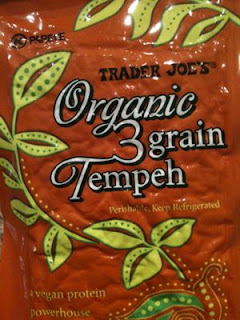 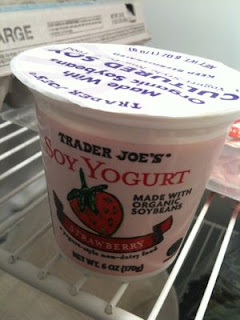 Trader Joe's is like Whole Foods but at a discount. I actually came across a nice article about Trader Joe's while I was looking for some links. Organics, no preservatives, no artificial additives, gourmet, and in general everything is just healthier at Trader Joe's compared to regular supermarkets. Not only are you getting healthier, cheaper food but their products also tastes great! Soy yogurt down there tastes really good. It actually tastes similar to the soy yogurt you can find in France. We have tried a few brands of soy yogurt in Vancouver but none of them impressed us. Oh and have you tried Trader Joe's fresh pineapple juice? At $3.99, it's about the same price as an orange Tropicana when it's on sale but it's probably the best pineapple juice I have tasted.

Needless to say, I have been looking forward to going to Trader Joe's for a long time now. This past weekend, we were vacationing in the US and we finally got the opportunity to check out the supermarket. Can you tell all the prices and deals are fresh from my trip? :) The first store we visited was the one in Seattle by the University. It was surprisingly small. Then we visited the one in the city of Portland and it was a bigger store but still fairly small. For some reason, I thought the store would be large like a Save on Foods or Thrifty Foods. The store was actually more like the size of a Choices. On the way back home we visited another Trader Joe's store in the Portland area and it was still fairly small. Then we went to the Bellingham store and it was actually a bit bigger than the others we have visited. It's funny because when we were at the Bellingham store, I noticed so many cars in the parking lot with BC license plates. There were more Canadians shopping at that Trader Joe's than Americans! Lol. 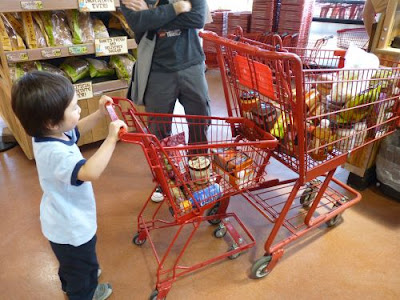 The following are some other great buys, in case you want to stock up like we did :)
I heard from others that marinated artichoke hearts, pizza sauce, and jar olives are also good buys. I also bought some cheap red wine made from organic grapes. I haven't tried it yet but for just $3.99 a bottle, it would still be cheap just to use it for cooking :)

Do you shop regularly at Trader Joe's? Did I miss anything? If you are a veteran shopper there, what would you recommend for a newbie like me?
Labels: supermarkets Trader Joe's